In August 2020, a new online battle royale game has landed in the gaming market from Mediatonic and Devolver Digital, known as “Fall Guys: Ultimate Knockout”. The game is only available for Microsoft Windows and PlayStation 4 platforms right now. Most importantly, this allows up to 60 players in a match which also indicates heavy competition between them. There are so many skins, characters, areas that are available in the game. So, most of the interesting PC gamers want to play. But can Fall Guys download on PC for Free?

Let’s find out the actual possibilities. To be very specific, the price of Fall Guys: Ultimate Knockout game is up to $19.99 depending on the region. As the game costs lower in some of the regions. But the cost for the PS4 version should be fixed. That means Fall Guys isn’t a free-to-play game for sure.

Fall Guys: Ultimate Knockout game can’t be downloaded on PC for free because you have to purchase the game first either from PlayStation Store for PS4 or Steam for Windows PC/Laptop. However, if Sony PlayStation is giving you a chance to get the game for free of cost if you’re a PlayStation Plus subscriber. 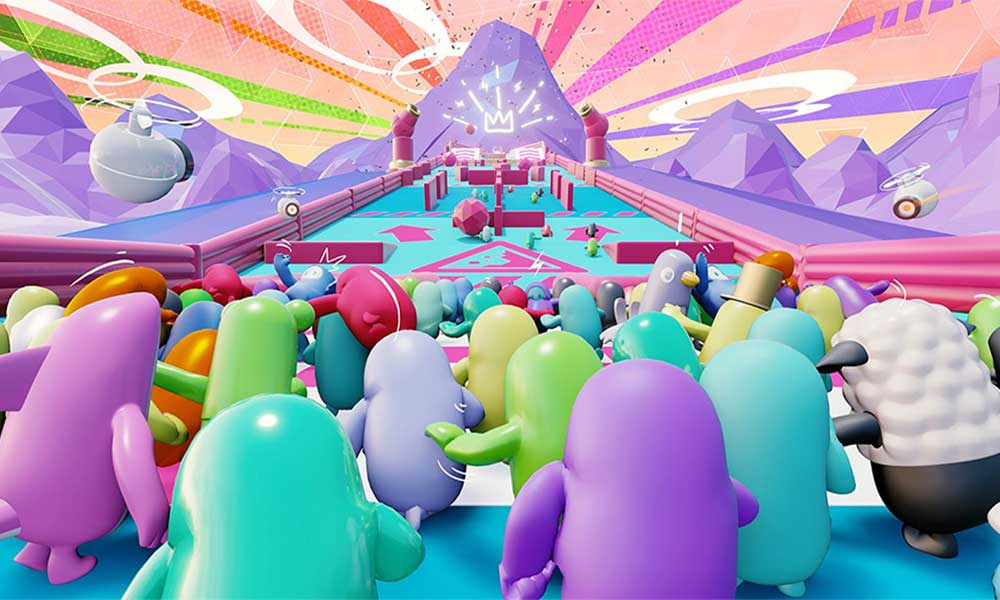 That means you will be able to download the Fall Guys game for free until you’re using the PS Plus Membership. It’s also worth mentioning that there are plenty of websites and YouTube videos are claiming that the Fall Guys: Ultimate Knockout game can be downloaded on PC for free. But that’s not true and it’s only a fake/scam.

You can check out our video information on this topic as well:

If you really want to own the Fall Guys game for your PC, you will need to have a Steam account and you will have to purchase the game from the official Steam platform. There is no other way to have the official Fall Guys version on your Windows computer at least right now, at the time of writing this article.

It’s just a waste of your time and nothing else. So, stay away from all of these fake news or guides. It’s also important to say that developers are trying to implement the cross-play feature to Fall Guys: Ultimate Knockout game in the future. But as of now, Fall Guys don’t support cross-play feature. That means PC players can only play with other PC players and PS4 players can only play with other PS4 players in Fall Guys right now.

Finger crossed for future developments and the addition of more platforms. Till then stay tuned for more info. We hope you’ve found this information really helpful. Feel free to ask in the comment below for further queries.

If you’re looking for the Fall Guys game alternative for Android device then you can try the “Fall Dudes 3D (Early Access)” game on Android. It’s officially available on Play Store and one of the best alternatives of Fall Guys: Ultimate Knockout.