Call of Duty Warzone 2 is a free-to-play battle royale game first released in November 2022 and follows 2020’s Call of Duty: Warzone. It has been updated with many features, such as weapons and game modes which are new to the players.

The game has cross-platform play and a new extraction mode called DMZ, which is short for De-Militarized Zone. Players can complete contracts and missions to get rewards in this mode. Frame Job is the name of one of the quests you can complete, where you will need to destroy an LTV in Mawizeh Marsh. Let’s find out how you can do it. 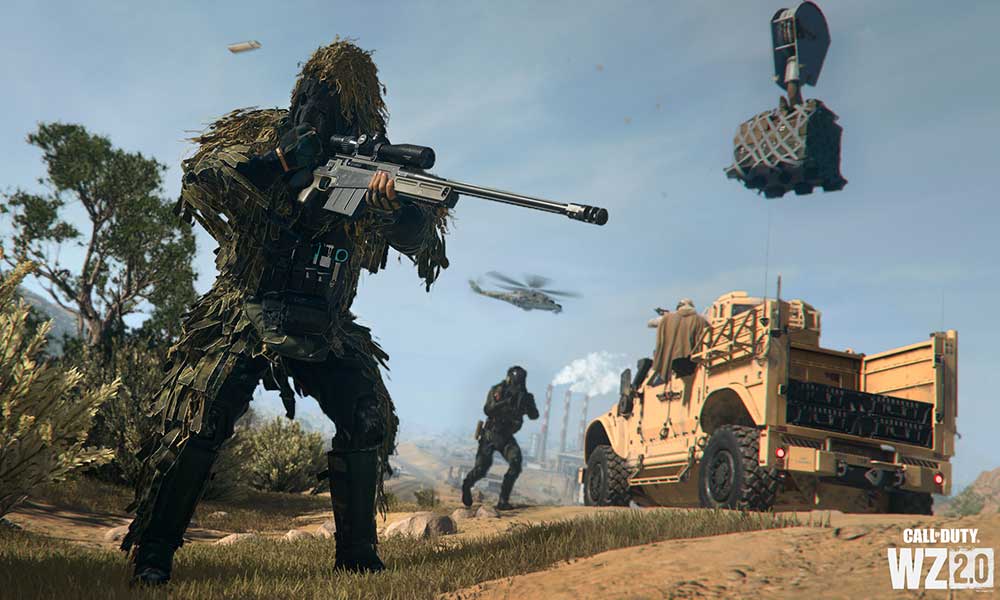 In Warzone 2, you will need to learn more about the three Factions, and the first is the Legion. The LTV quest is part of the Legion Tier 2 missions, which have three parts. You will first need to purchase the tactical vehicle LTV and then use it to kill ten enemies in Ahkdar Village. The third task is to destroy the vehicle. Some players might be having trouble with the last part, which is what we aim to guide you through in this tutorial.

This mission’s third and final task is to destroy the LTV completely. You’ll need to destroy any evidence of killing these ten people, which is why you must bomb the vehicle. Drive it to Mawizeh Marshlands in the north, and wait for the notification to appear saying you have entered the location. You can destroy it in any way you choose, with grenades or guns.

Note that you’ll need to use the same LTV for the entirety of the mission, or the task won’t show as complete. Another way you can get stuck in this mission is if you run out of fuel while travelling to the Marsh, This is why we recommend that you fill up at the Gas Station. Ensure you have entered the correct location to destroy the LTV.

Once you have demolished the LTV, the third task of the mission should be complete. You will be able to collect the following rewards for completing the quest:

Some players might be affected by a bug that causes the mission to never complete, even after following the tutorial. Usually, repeating the mission fixes this bug, and you should be able to destroy the LTV in Mawizeh Marsh.