There is nothing to say new about Minecraft which is a sandbox-type video game, developed by Mojang. It’s an open-world game where players can virtually battle mobs, build shelters, explore new places, and try to survive all day long. However, the passive mob in Minecraft like ‘Villagers’ strangely Despawn in Minecraft which is really unexpected.

If you’re also one of the victims, you can follow this useful guide to know more about it. Villagers in Minecraft are very helpful in terms of survival. They basically spawn in villages, igloo basements, or if the player cures a zombie villager. Now, plenty of affected players are searching multiple queries online that do they die naturally?

Also Read: How to fix if Minecraft no sound issue on PC

Do villagers despawn at a specific distance? Although any dropped items in Minecraft automatically despawn or disappear after five minutes, the arrows and tridents last for six minutes where they’re embedded. So, without further ado, let’s jump into the details below. 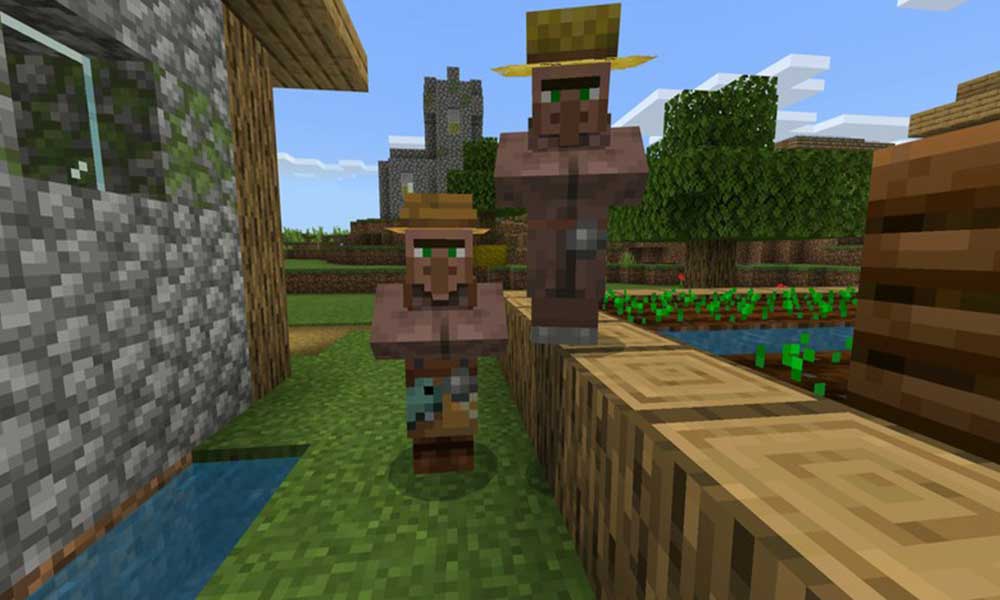 Do Villagers Despawn in Minecraft?

Unfortunately, this may happen to a lot of Minecraft players. Either the villagers are having issues with the server glitch or escaped or even died. Without any players within a 128-block radius, villagers may automatically despawn.

Whereas Minecraft mobs without a player within a 32–block radius may have around 2.5% chances to despawn every second in the game. Except for a couple of special mobs with specific despawn timers, it may possible that all mobs become disappear without a nametag except for villagers.

Yes! Villagers don’t have any specific despawn timers and they shouldn’t disappear on their own. However, the in-game glitch or any kind of bug may cause several problems unexpectedly which are quite common these days. But another truth is that you may not be able to keep villagers alive always because they can die in several aspects.

Luckily, Minecraft villagers are immortal when it comes to old age death except for dies by zombies or explosion or other players, etc. So, now you may ask what to do in order to keep them alive at their best? Well, let’s take a quick look below.

As a player, you should keep Minecraft Villagers indoors as much as possible to protect them from outsiders. Keeping them inside the house without a door will do the job easily.

If in case, you’ve left your area lighting level under 7, that will spawn zombies easily. Therefore, villagers will become more vulnerable. Make sure that your every place is well-lit especially for villagers.

A shelter doesn’t mean that there won’t have any roof part to cover up the whole shelter or house properly. So, whenever you keep your villagers indoors, make sure that there are no openings to the sky in any part of the shelter. Otherwise, the game system may not consider it as a house and let the hostile mobs spawn in that place. That will be your fault.

#4 Keep Villagers within a Village

Keep in mind that a villager should not go away more than 32-blocks from its original village in the Minecraft game. Otherwise, the game system will not consider that villager(s) or forget villager(s) after six seconds.

That means your out-of-range villager(s) will be killed by other mobs quite easily. That’s quite sad though because you’ll only have six seconds to get back within the reach. Otherwise, your Villagers Despawn in Minecraft.

So, if you found that your villages are completely empty and you don’t know about it, that means either a went to check on one of your villages and found it suspiciously empty, perhaps as a result of a group of zombies or mobs have killed your villagers.

However, there are a couple of ways that you can rebuild your villagers in the game.

Well, if you don’t have any villagers left in your villages then you can always go and ‘borrow’ a couple of other villages that should encourage them to mate with partners. Though this seems to be a kind of human trafficking and sealing them inside a house without doors, sometimes it can help to make some love and breed.

However, your villagers must have “willing” to breed. That means only the ‘mating mode’ isn’t sufficient anymore in order to breed villagers. Additionally, you may require free beds with at least a 2 block clearance above in order to make them moody. The above clearance is required so the baby villagers can jump without any obstruction.

Otherwise, the angry particles may appear above their heads with the heart particles which basically prevents them from mating.

First of all, you’ll have to get your zombie villagers to a safe place in order to protect them from daylight. Once they cured, you should also ensure to protect them from hostile mobs. Give them a weakness potion or shoot them with the tipped arrow, and once they become weak, feed them the golden apple. Once they begin shaking and releasing red swirls, they’re towards wellness.

In around 2 to 5 minutes, they’ll once again become healthy villagers ready to start breeding normally. And make sure to arrange their transport to send them back to the village if you’ve kidnapped them.