There are currently over 30 million players playing FIFA 23, one of the best editions of the original FIFA game developed by EA. There are a number of platforms on which this game can be played, including PC, PS4, PS5, Xbox One, Xbox Series X, and S. While many users are enjoying this game, occasionally, they may encounter issues.

In the meantime, multiple topics are being discussed on the game’s original form and on Reddit regarding FIFA 23 sound not working on PS4, PS5, Xbox One, and Xbox Series X and S. FIFA 23 might not load due to several reasons, including corrupted game files, interfering game extensions, conflicting permissions, and a malfunctioning console.

The new FIFA game is quite slow in comparison to former versions of the game, according to many game critics. The sound not working issue has been addressed multiple times since the game launched, but not all of them have been helpful. So if you’re experiencing similar problems, read to the end of this post for troubleshooting tips. 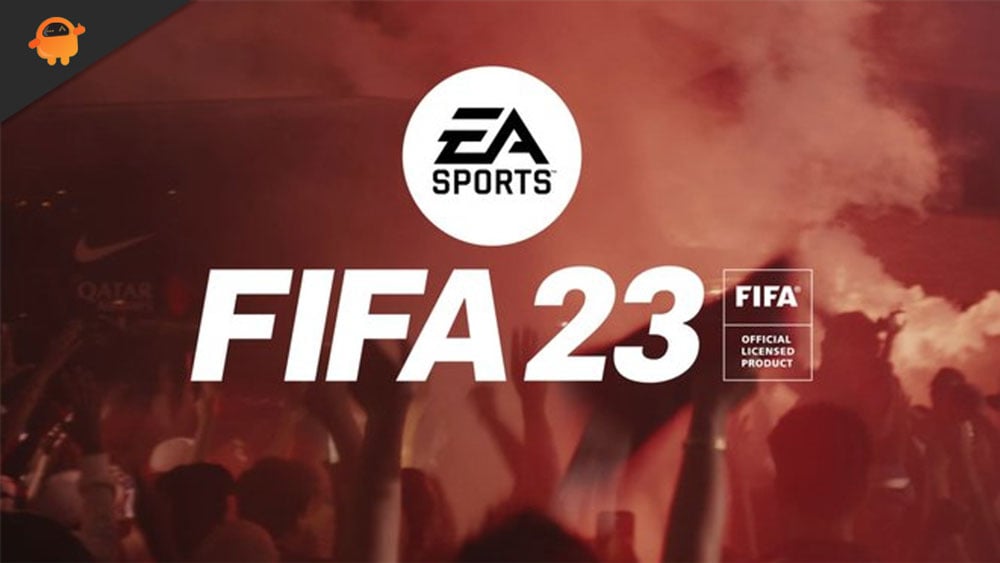 A variety of fixes are available to fix the FIFA 23 sound not working issue on PS4, PS5, Xbox One, and Xbox Series X|S. So, if you are facing this problem, make sure to perform the fixes we have mentioned below:

It is most often a technical glitch, not the fault of the game, that prevents the sound from working. Changing the settings on your PlayStation console can solve this problem. Once you have turned off your Console, turn it back on again after 5 minutes. In addition to turning off your PlayStation Console, you should also unplug the power cord from the wall socket.

Whenever a multiplayer game is started, PlayStation checks if the game can connect to the internet. To ensure a good connection, ensure that your Wifi/internet connection is functional and has a good speed. Alternatively, you can disable the Wifi and restart the game if you do not wish to play multiplayer. If FIFA 23 sound is not working, this fixes the problem most of the time.

Whenever you play a game, it creates a local cache to help the game run smoothly. It is possible that the game sound is not working if this cache data is corrupted or not configured properly. You should unplug the PlayStation’s power cord when the Console is running. If you do this, any cached data will be cleared immediately.

It is possible that you won’t be able to hear the sound on FIFA 22 due to problems with the HDMI cable connected to the TV. Ensure that your HDMI cable is connected and see if the problem has been resolved. In order to do this:

It is also important to check whether the HDMI cable has been physically damaged. In that case, you may need to find another cable.

The issue might be resolved by signing out and signing back into the PlayStation profile account, according to some reports.

Fix 6: Use Another Microphone/Audio Device

Using a different microphone on your Console may help you determine whether the issue persists. The previous microphone or audio device has some issue if another microphone or audio device is working fine. In addition, you should check the audio port properly since it may be damaged or dirty. This trick has been found to be helpful for fixing FIFA 23 Sound Not Working on PS4, PS5, Microsoft Xbox One, and Microsoft Xbox Series X/S for some affected players.

It’s possible that the Console’s audio port may have suffered physical damage or that the audio device itself is malfunctioning. Be sure the wire is not torn when you use a wired microphone or audio device.

Over the years, EA has released a number of patches for FIFA 23 aimed at resolving sound not working issues. Therefore, if there are any updates, it is a good idea to check for them. The PS4/PS5 settings menu > update tab is where you can check for updates.

In order to run FIFA 23, the game uses EA servers since it is a multiplayer game. There are also times when EA services go into maintenance mode, resulting in the game sound not working issue. It would be helpful if you could confirm that the EA servers are running correctly.

If none of the above troubleshooting fixes work for you, it is possible that the game is corrupt. You shouldn’t worry about this; just simply uninstall the game from your Console and reinstall it.

So, that’s how to fix the FIFA 23 sound not working issue on PS4, PS5, Xbox One, and Xbox Series X|S. Therefore, from this, we conclude this guide, and we hope you find this guide helpful. Nevertheless, if you would like more information, please comment below.