Hisense TVs generally tend to offer great value in terms of their price within an affordable price range which allows buyers to save some bucks. Recently, the HiSense brand has started adding plenty of smart features, some gaming features like variable refresh rate (VRR), better display panels, and more. However, it seems that several users are encountering the quality issues such as HiSense TV Blinking Red Light consistently while turning it on or using a remote.

Well, flashing the red light on Hisense TV is quite common and happens most of the time which indicates there is an error or issues with the software or hardware. Yes! It’s frustrating for anyone and the number of times the light blinks might give an indication of which kind of specific issue is troubling. If your Hisense TV red light blinks 2 times then make sure to follow this troubleshooting guide to fix it. So, without wasting any more time, let’s jump into it.

Fix: Hisense TV Not Switching On or Off

How to Use Hisense TV Without a Remote

How To Clear Cache On Hisense TV

How To Fix If Hisense Smart TV Screen Is Flickering

Hisense Smart TV Not Finding Channels, How to Fix? 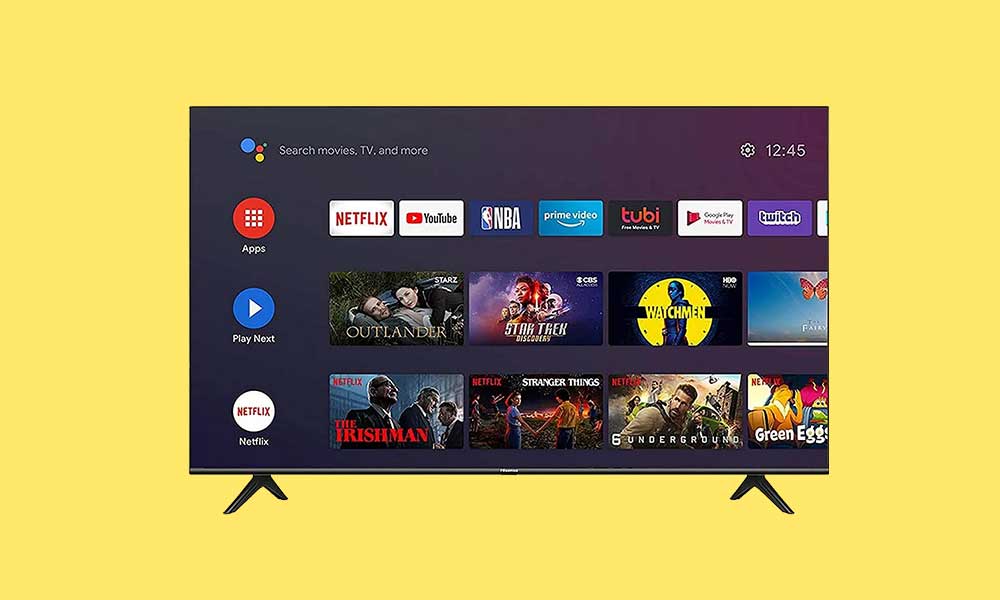 HiSense TV Blinking Red Light, What Does That Mean?

As per multiple reports, this specific issue happens whenever HiSense TV users tried to turn on their TV or wake it up from standby/sleep mode. Whereas some of the unfortunate users are experiencing the red light blinking issue two times get paused and then blinked twice again while the TV is turned on. If in case, your HiSense TV red light flashes 2 times during power on and there is no picture appearing on the screen then it may be a faulty backlight.

Sometimes issues with the faulty LED backlight strips or inverter board may also play a major role. In some cases, the red light flashing issue with no picture can also happen due to the bad power supply board apart from the software-related conflicts which can stuck in the standby mode. However, if your HiSense TV or HiSense Roku TV red light blinks 2 times & pauses sometimes, and then blinks multiple times, maybe the TV is disconnected somehow.

As we’ve mentioned below, you can follow the workarounds below one by one until the problem gets fixed.

If in case, your HiSense TV is blinking red light 2 times then you’ll need to perform the power cycle of the TV. By doing so, you’ll be able to fix temporary glitches whatsoever. To do that, make sure to turn off your TV and unplug it from the power source. You should also wait for around a couple of minutes and then press the Power button on the TV for 30 seconds (unplugged). Once done, plug back the power cable in, and turn it on to check the issue.

2. Ensure the Network Connection is Active

This specific issue applies to your HiSense Vidaa OS or Android OS smart TV that’s blinking 2 times while the TV is turned on. Whether your TV is showing the picture or not, you try disconnecting and reconnecting the network. Make sure to freshly reconnect the Wi-Fi router to fix such an issue.

3. Check for the Faulty Backlight

If your HiSense TV flashes red light multiple times with no picture on the screen then the chances are high that somehow a defective backlight can be a possible reason. Sometimes you may see a dull blue screen or any other color on the screen apart from the black screen issue. You can try manually checking out the defective backlight using a torch or flashlight. To do so:

Note: In that case, it’s highly recommended to ask for a professional to repair the TV or get a new one. If your TV is under warranty then make sure to contact the manufacturer support and ask for a replacement.

4. Check for the Power Supply Board

You can also try checking out the power supply board which might affect the red light keeps blinking or no picture showing issue on the HiSense TV. Capacitors on the power supply board of your TV might get damaged which can cause such issues. Just visit the local TV repair shop or ask a professional to check your TV entirely and find out the issue.

If none of the methods worked for you or the HiSense TV is under warranty then make sure to contact HiSense Support for further assistance. Under the warranty period, you’ll be able to get a free repairing or complete replacement of the TV from the manufacturer. Otherwise, you will have to pay the specified amount to get it repaired if there is a hardware or software-related fault.

Hisense TV Screen Flickering or Flashing Light, How to Fix?