OPPO has unveiled its new OPPO F15 (Model: CPH2001 ), which is the successor of the last year’s OPPO F11 series. The brand confirms that there will be no “Pro” version for the new device. Because if they release a “Pro” version, it will directly compete with their own OPPO Reno 2F. The brand aims at the youth with their new smartphone.

If you’re the Oppo F15 user and looking for the official firmware flash file to download, you can follow this full guide below. This article will guide you on how to download and install the official stock ROM flash file on your Oppo F15. We have also put up the stock firmware advantages, firmware info, and requirements for your ease.

Android is full of customizations and tweaks that all the users can easily perform. But users have to follow the guide and step-by-step process properly to do customization successfully. Unfortunately, some users may not follow the proper steps or don’t flash the compatible file on their devices during Custom ROM installation or rooting, etc. Therefore, their devices can be easily bricked or stuck into the boot loop issue. 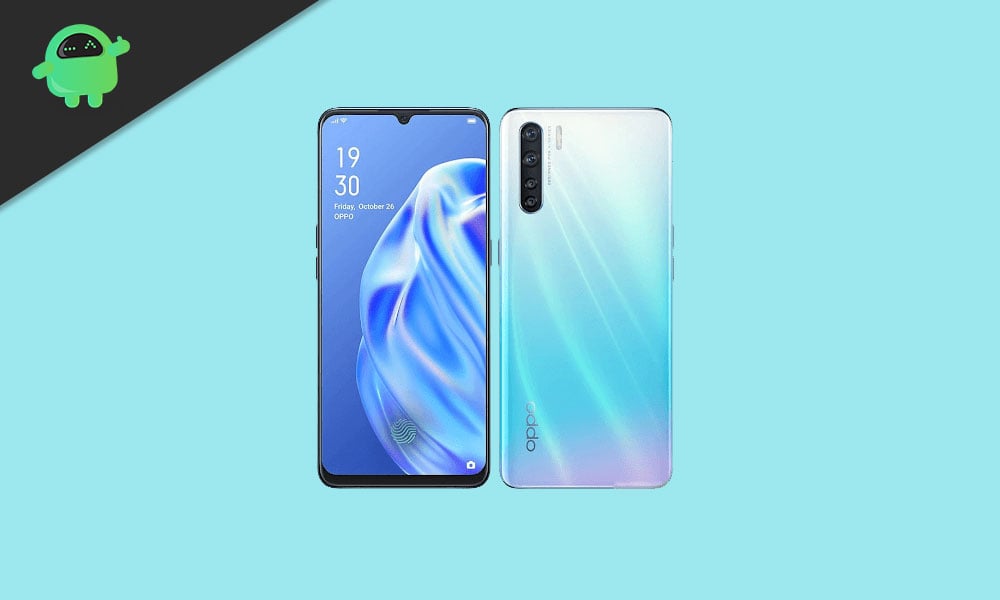 The OPPO F15  sports a 6.4-inch FHD+ AMOLED display with a tiny notch. The device has an aspect ratio of 20:9, and the display supports DC Dimming 2.0. Corning Gorilla Glass 5 protects the smartphone. This AMOLED display also houses the in-display fingerprint 3.0 sensor. The device has a screen-to-body ratio of 90.7%—MediaTek’s Helio P70 chipset, which couples with Mali-G72 MP3 GPU powers the smartphone. The device comes with Game Boost 2.0 tech, which claims that it can provide users immersive gaming experience. The chipset pairs with 8GB of RAM and 128GB of internal storage. This is further expandable via a microSD card.

The OPPO F15 sports a quad rear camera setup aligned vertically to the top left of the smartphone. This quad-camera setup includes a 48MP primary sensor which couples with an 8MP ultra-wide-angle lens. It also includes a tertiary 2MP macro sensor and, finally, a 2MP depth sensor. To the front, it has a 16MP camera that sits inside the tiny notch. The smartphone also features for few AI enhancements in the front and rear.

The OPPO F15 packs a 4,000 mAh battery which ships with a 20W fast charger. The device has support for VOOC 3.0 Flash Charge. The smartphone still runs on OPPO’s ColorOS 6, which is based on Android 9 Pie. The brand confirms that the ColorOS 7 update will roll out in February. The device comes in Lightening Black and Unicorn White color options. The phone comes with a thin and light body, weighs around 172 grams, and has 7.9mm of thickness. OPPO F15’s pricing starts at Rs 19,990 for the single 8GB + 128GB variant. The sale of this device will start from January 24th on Amazon and Flipkart. Launch offers include HDFC Bank’s 10% cashback with their Debit and Credit cards. Further, it is available for pre-booking, and those who pre-book will get a one-time screen replacement facility.

Before installing the Stock ROM flash file on your Oppo F15, you should download the firmware file. Then download and install the USB Drivers and flash tool on the PC as well. Once you’re done with these, you can proceed to the steps below. But let’s take a quick look at the Stock Firmware importance and firmware details below.

Stock ROM comes by default on a smartphone or tablet device that usually runs on an Android OS operating system. All the device OEMs provide the specially crafted and compatible firmware version for every model. It also offers a more stable and smoother user experience which you may not find on Custom Firmware.

Guide to Install Oppo Firmware on any Oppo smartphone

Now, without wasting anymore time, let’s jump into the firmware installation steps below:

That’s it, guys. We hope that you’ve installed the Stock Firmware on your Oppo F15 device successfully. Feel free to ask in the comments below for any queries.