Mobile Legends is one of the most popular games of this year, and they recently have launched new characters who are quite exciting with their powers and skillsets. It takes many years to practice and master character power, and with these new characters, users will be able to plan a better winning strategy. Today we will discuss Mobile Legends Fanny Guide 2022 along with Fanny Best Build and Emblem.

Fanny is one of the strongest characters in Mobile Legends. She belongs to the Wertz family. The Wertz family served the Moniyan empire for many generations, although only men were allowed to join the army. Basically, Fanny is someone who doesn’t know what fear is, and she is someone who never gives up. Even though she had limited powers, she always dreamed of flying in the air like other heroes.

Since she cannot fly in the air herself, she created a device with a pair of two long swords and steel cables that will let her partially fly in the air. Read down below to know more about her character, skillsets, and some good build to use this character. 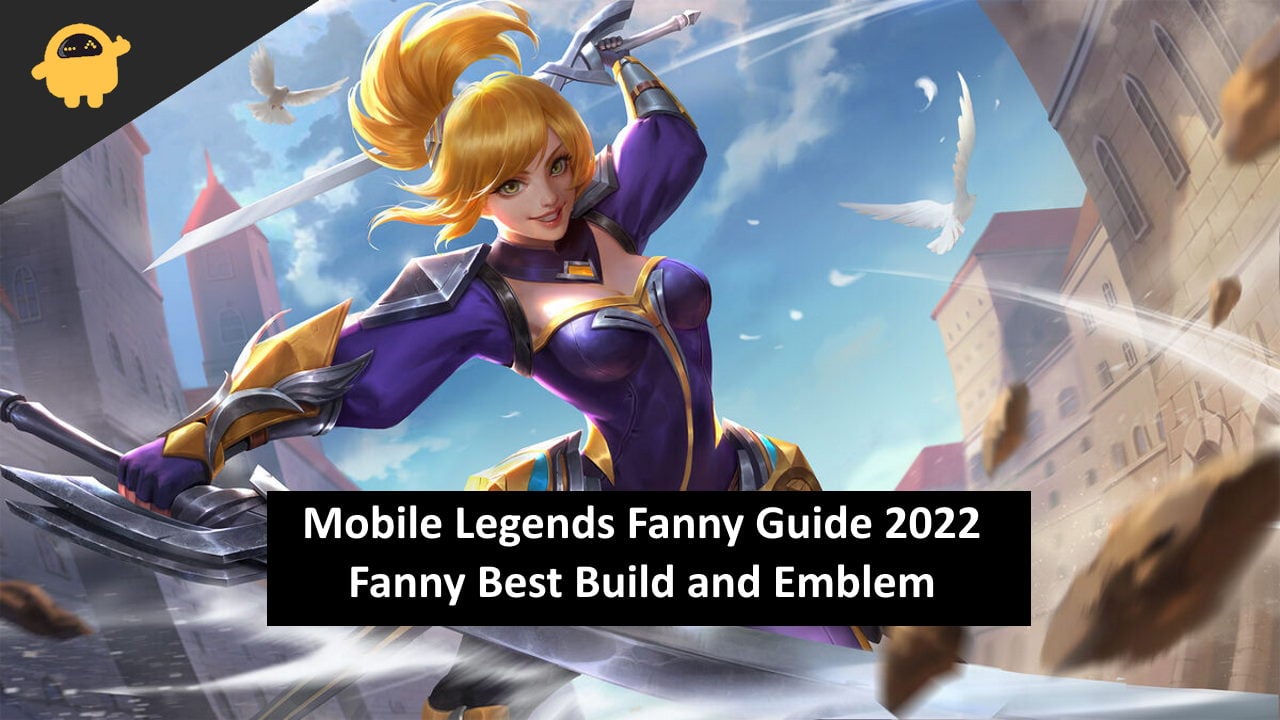 Fanny Character Story: Fanny’s lifestyle was different in her childhood as she was asked to learn painting and manage the family business. But fanny had different ambitions, and She aspired to become a hero like her brother, Tigreal. Fanny joined the army after several rumors spread about her brother that he deserted the army. Everyone, including her mother and other elders, strongly opposed her decision but still, she didn’t look back.

Several years later, she mastered her device and was able to surf cliffs and high terrains. Her performance in the battles was top notch that people who laughed about her battle skills were impressed by her skills and fine figure. She was given the name ” Blade Dancer”. A few years later, Tigreal came back from the north vale and was very happy to see his sister as a warrior. He asked her to fight by his side during battles.

Fanny is a very strong character, and he comes with four different skills which you can master and adjust according to your gameplay.

Air Superiority: Fanny is a master of aerial battles. She is almost undefeatable in aerial battles as her damage is drastically increased by 15-30%. The faster she is, the more damage she can deal. She also leaves traces or prey marks (stacks 2 times maximum) on enemies, which help her regenerate hp by 10 points every time she attacks them.

Tornado Strike: With this attack, she can deal 260 damage [Varies acc. to levels] to the enemies’ nearby enemies. This attack is one of her finest techniques. The energy cost is the same for all levels, but the cool downtime and damage vary.

You need good game sense and skill to use this skill at a maximum advantage. You should use this along with the blades and ultimate skill which will let you get more blood.

Steel Cable: When steel cable is used, a cable is thrown in some direction. As soon as it touches an obstacle, she is drawn toward it. Each consecutive use of this skill within 2 seconds reduces its energy cost by 2 and alters her flying path. In case, Fanny has sufficient energy left, Tornado Strike will automatically activate the instant she makes direct contact with the opponents.

Cut Throat: Blade dancer Fanny commences a fast attack on an enemy, dealing 500-860 Physical Damage and +240% extra physical attack. Each stack of Prey Mark of enemies will raise her damage by 20%.

Every regular player has faced that one monster Fanny who annihilated the team. To do so, a Fanny player must be fair enough and focus on some main vital points such as cabling from one place to another, buff timing, kill execution and gank timing, etc. In each phase of the match, there are some essential jobs to be done for the Fanny players. Fanny needs a lot of energy which means the Purple buff is a must for her. 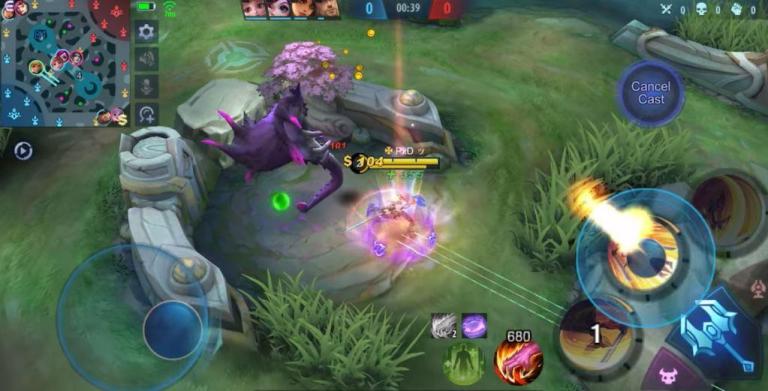 If the team is weak, then try to push the lane and take out Low HP heroes. Doing this will get you a high advantage. Using cables and flying around is the main advantage of fanny.

Try to get as many kills as possible because that helps you later in the game. Fanny is not suggested in Brawl, due to the undersized map and playing without purple buffs, often not worth

If any player on your team takes fanny, then others should choose a character who is independent of purple.

Since Fanny is a very strong character, you can make any combination of builds that suits your playstyle. For your reference, we are sharing a perfect build that you can further customize according to your needs.

You can make the best build with the following powers: Tough Boots, Blade of the Heptaseas, Bloodlust Axe, Antique Cuirass, Malefic Roar, and Anthena’s Shield.

This Emblem set gives a balanced amount of damage and durability that will increase Fanny’s power in the battle lane. 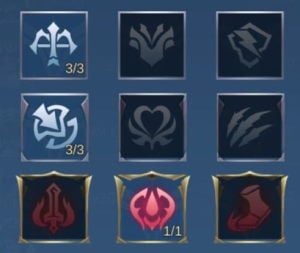 Please note that Fanny is not the strongest character in the game. There are a few characters in which Fanny is powerful, but some are not much. Here are some details regarding the same:

That brings us to the end of Mobile Legends Fanny Guide 2022. I have tried covering all the important details regarding Fanny’s character in detail. It will help you to understand her powers better and will help you create the best build and emblem sets.