Mobile legends need no introduction as it’s one of the most popular mobile games of the year. The game is comprised of fighting tactics where you fight your opponents in terms of special powers and magic spells. Each character has its own set of powers, and players can combine these powers to make builds and emblems. We have covered similar guides for other characters in the past, and today we will discuss all Guinevere Best Build and Emblem.

Guinevere is a fighter player in the game and is rarely picked up during the matches. But with the proper understanding of the character and her powers, you can easily outrun your enemies and win battles easily. For this Mobile Legends Guinevere Guide 2022, we will look at this character’s story in detail, her powers, her pros, cons, and best builds so you know how to attack on the battlefield. 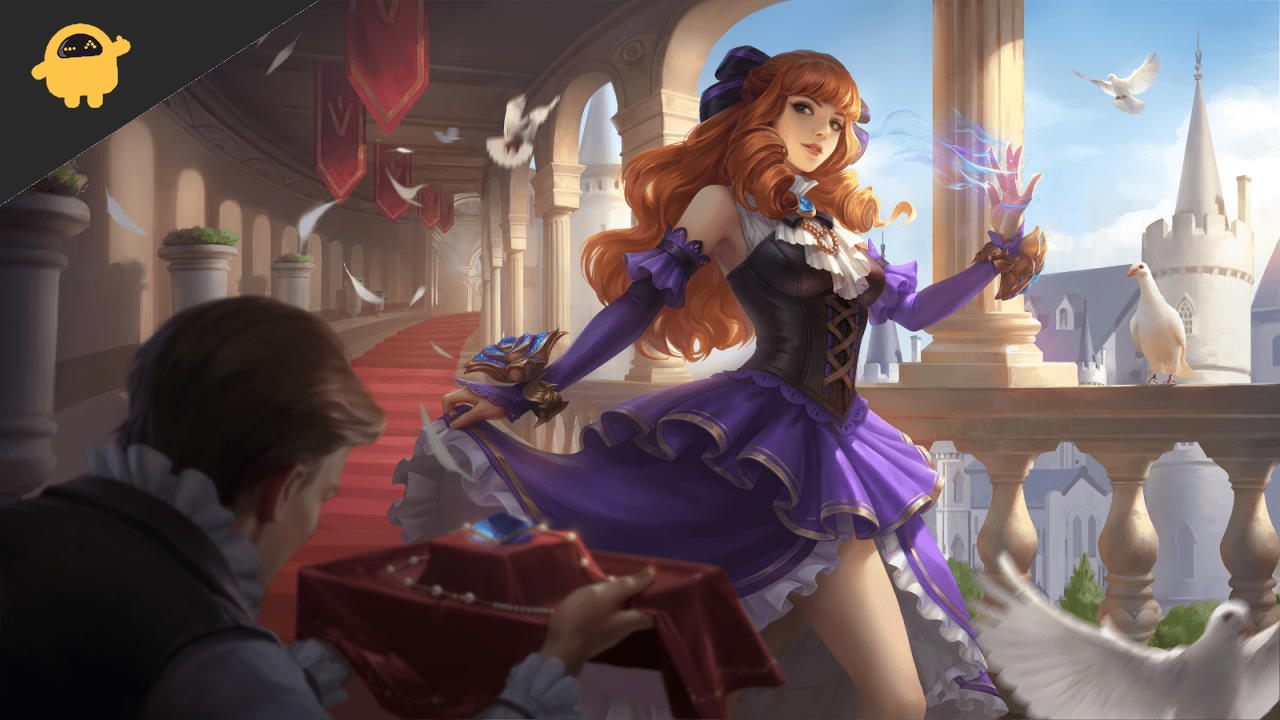 If you master the skill and technique for Guinevere then you can achieve exceptional results on the battlefield. In this guide, we will be taking a close look at her skills, best builds, emblem sets, and some game tips which will help you to play this character better.

Mobile Legends Guinevere Story: Guinevere belongs to a Baroque family and is one of the nobles on the Land of Dawn. Their family emblem skills are fencing runs in their blood, and they have full expertise in this domain. In addition to this, beauty and wisdom are also the most perfect genetic signs of the Baroque family, so Guinevere is very beautiful and has the wisdom of 10 lives.

Guinevere is a fighter character in the game and she comes with four different types of skillset which you can use to take advantage on the battlefield.

Super Magic: Using any skill or basic attack will make the super magic full which you can use to increase your basic attack range. It will deal extra damage and also recover 10% of lost HP.

Energy Wave: This deals with magic damage with a single target and slows them down by 70%. Then you can use your other skills to defeat the enemies. This slowing effect works on Minions and Monsters as well.

Magic Thump: This skill is divided into two phases, in phase 1, you can knock up enemies for 1 second and deal with magic damage. In the second phase, you can leave a magic projection of her, which deals with return magic damage whenever the enemy attacks. In the meanwhile, you can heal up your HP or take time to think of a fighting strategy using other skills.

Violet Requiem: This comes under Guinevere’s ultimate skills where she can take advantage of the enemy knocked upstage to give additional knock the target 6 times. Using other skills or moving joystick will cancel her ultimate skill.

Guinevere is a very strong fighter in the current meta, but any player will need a good understanding of the map to excel at the game. Guinevere mixes magic damage with a fighter’s durability to barrage enemies with airborne effects, allowing her to lock and burst them down with little to no resistance. The character needs to play safely in the early game and farm up. In team fights, Guinevere has a strong potential to jump on high-priority targets and lock them down, disabling them from applying damage to her teammates and making it easier for them to be killed.

Guinevere is a fighter player in the game which comes with multiple plus points.

Here are builds that synergize well with Guinevere’s impressive supportive capabilities. You can follow them directly or even tweak them a little bit.

When it comes to the character Guinevere, you can make multiple builds based on your usage requirements. The above build will definitely help you to win your battles easily. But if you wish to explore more, you can also look for builds that were used in the last mobile legends international championship.

For Guinevere, a Fighter emblem is the best and most suitable emblem you can choose from. This emblem contains: 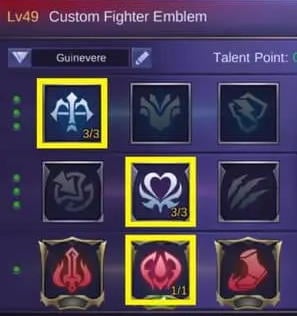 Please note that Guinevere is not the strongest character in the game. There are a few characters in which Guinevere is powerful, but some are not much. Here are some details regarding the same:

That brings us to the end of Mobile Legends Guinevere Guide 2022. I have tried covering all the important details regarding Guinevere’s character in detail. It will help you to understand her powers better and will help you create the best build and emblem sets.