Paquito is one of the strongest fighter-type heroes in Mobile Legends Bang Bang. Further, he possesses a strong set of abilities such as Crowd Control, Blink, Buff, Burst, and Mobility. Paquito’s survivability is greatly enhanced by his first skill, which provides him with a shield. His second ability is a dash skill, which allows him to avoid the attacks of his opponents.

Paquito is a very strong fighter in the early and mid stages due to his high damage output; he does not have a one-hit skill and instead relies entirely on his combos to survive. Our previous article on Paquito, when he first appeared in the MLBB advanced server, contained a thorough hero analysis.

In this guide, we will look at the best emblem, and build for Paquito in Mobile Legends. So let’s get started. 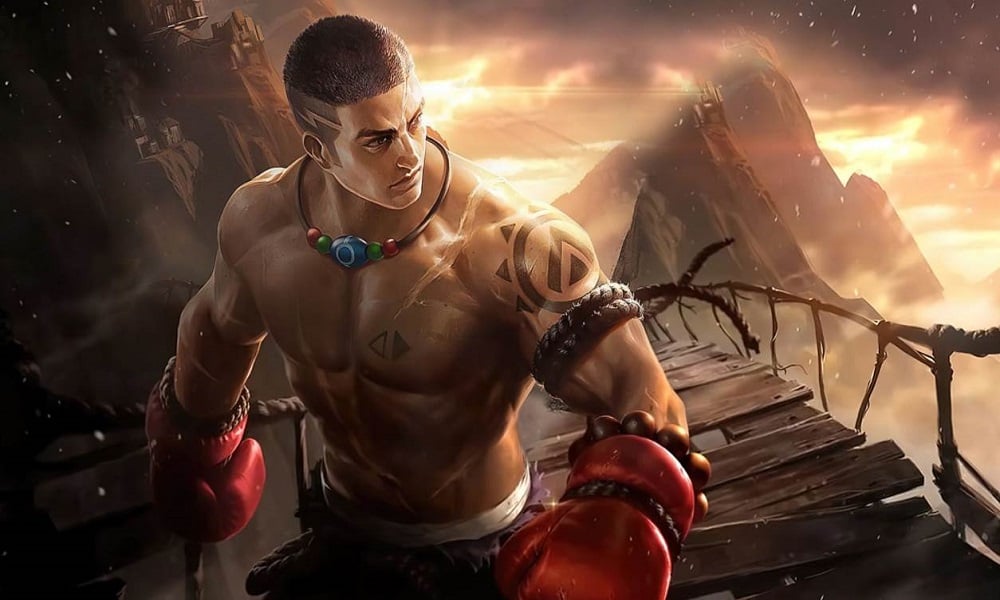 Because Paquito is a high-damage dealer early in the game. Therefore, you should try to concentrate on items that will grant you True Physical damage, Physical Vamp, and Tenacity. Paquito’s main damage output will be amplified by three attack items in our first set of builds. We consider Endless Battle to be the most important item for Paquito.

Further, you can consider Endless Battle one of his core items due to its True Damage. Also, it will help you with the following:

If you manage to acquire Bloodlust Axe, you will get the  following:

Next, if you manage to acquire Blade of Despair, it will help Paquito to blow more damage to an opponent with less than 50% health, +5% movement speed, and +160 physical attack.

Further, if you manage to build Brute Force Breastplate, you will get:

This will boost movement speed by 3% after casting any skill or doing basic attacks. Lastly, if you manage to acquire Queen’s Wings, you will get +1000HP.

Paquito’s best emblem set is the Custom Fighter emblem set if you want to play him as a killing machine in the Exp Lane environment. Further, you will gain more Physical attacks as a result of your bravery, which will allow you to kill enemies more quickly.

Invasion will grant you more Physical penetration as a result of your invasion, which will allow you to blow more damage to a sustained opponent. It is possible to gain an additional 8% spell vigor by participating in the Festival of Blood. This vigor increases by 1% for each enemy killed during the festival (capped at 12 %). Set your talent points in the following ways:

Moreover, because Paquito is a high-mobility mass-damage dealer, we can use the Custom Assassin emblem on him to achieve the best possible result.

Alternatively, depending on the situation, you can employ the High and Dry talent. Set your talent points in the following ways:

Well, that’s all we have here about Paquito’s best Build and Emblem. We hope you found this guide helpful. Further, if you have any doubts or queries, feel free to reach us using the comments section.