Mobile Legends is getting very popular, especially among the mobile gaming community. The game’s main highlight is the character Bang Bang’s Chou, who is a very strong fighter. With good fighting style and options set of Effect, Blink, Knock up, and Knockback fighting styles. With his extreme skillset, Chou can do crowd controlling as well as squish his enemies with one-shot moves.

In Mobile Legends, the characters come with their special moves, which players can take advantage of to defeat their opponents. When it comes to Chou’s character, his unique game combos and versatility of fighting moves make him an assassin. In this Mobile Legends Chou Guide 2022, we are going to discuss the best Chou build and Emblem, including tips and tricks to pave your way to victory with Chou in Mobile Legends. 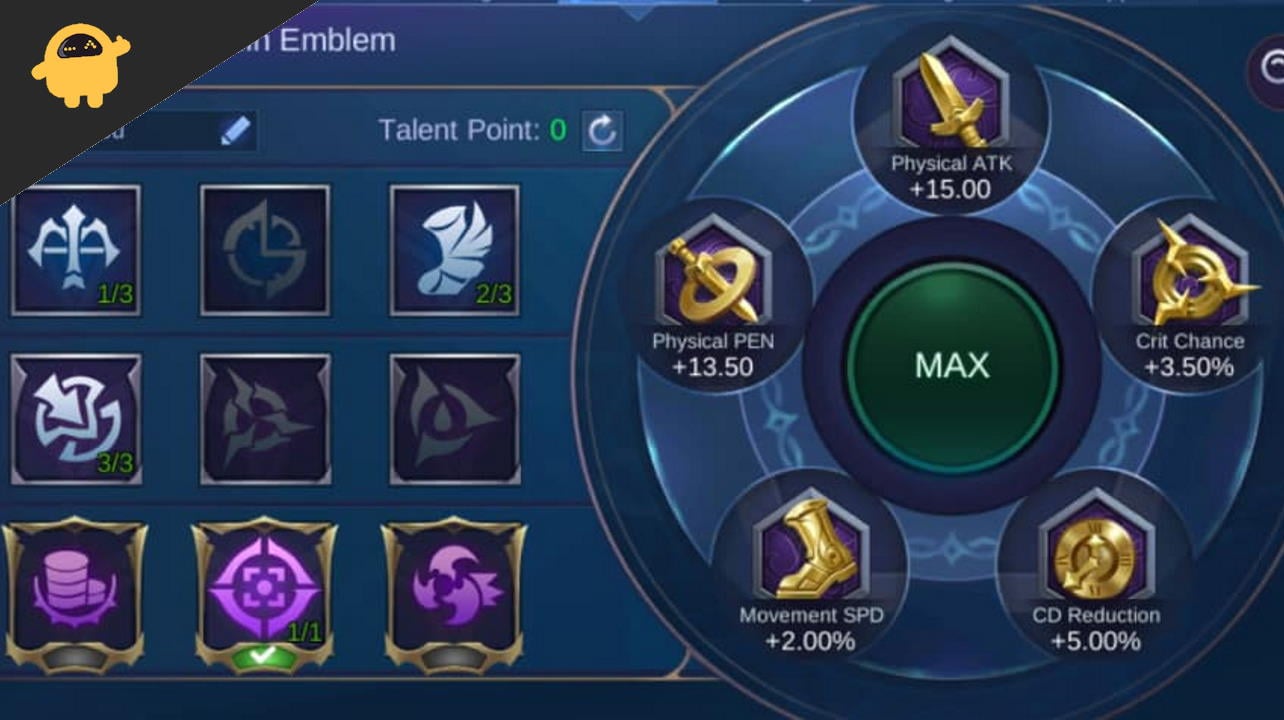 Chou is a hero within the game with the common four skill sets of one passive and three actives. Chou’s basic attack deals 180% damage and slows down the enemy by 80%. But that’s not it. Along with this, Chou has three different variants of attacks. Namely Jeet Kune Do, Shunpo, and The Way of Dragon. But to make the best out of character, you need to choose the best Chou build and Emblem from the guide below.

CHou comes with mainly two different build styles, which you can configure based on your opponent. Try to focus on the items that grant you Physical damage, Sustain, and Physical Vamp. Here are the detailed structure of the two popular builds.

This build will help Chou to deal more damage to an enemy who has less than 50% health, and Endless Battle will provide Chou +65 Physical Attack,+250 HP,+10% CDR,+5% movement speed,+10% physical life-steal.

This build will help Chou to farm faster in the early phase. Antique Cuirass will grant chou +920HP,+54 Physical Defence,+6 HP Regen. It will also save you from enemies’ magic damage and grant +900 HP.

Mobile legends have two different types of emblems set for this character. Here is the breakdown of these 2 types of individual emblems packages.

If you have chosen the damage build, then you can choose the Assassin Emblem Set and set your talent points as follows:

Agility will provide you extra movement speed to chase down the enemies, and Bravery will slightly increase your physical attack. The Invasion will boost your physical Pen, which will enhance your skill 2 power. Choose High and Dry as your final point according to the situation. Both are good for Chou.

If you have chosen the tank build, then you can choose the Custom Tank Emblem Set and set your talent points as follows:

Vitality will increase your HP by 200, and Inspire will help you to reduce your skills Cooldown. Brave Smite will restore your 5% of Max HP upon applying a CC on an enemy.

The gameplay severely depends on the build you choose to carry with you. If you are playing with a Tank build, you shall first go mid cleat and then use the skills to clear the ground. If you choose to play with the Damage build, we recommend you go with a 1-2-2 strategy to spill the teams and then fight. Down below is the tabular format to check which heroes you can defeat with the Chou profile.

That’s all for today’s Mobile Legends Chou 2022 Guide. Even since the Chou character has been released in the game, he has always stayed the top favorite fighting character among gamers. Along with the character, the above tips I have shared will surely help you to gain some easy wins with Chou in Mobile Legends.