After official Android Nougat for International and US Carrier Samsung Galaxy S7 and S7 edge. Today Canadian Carriers has started rolling out the latest Stock Android Nougat G930W8VLU2BQB6 update on Galaxy S7 G930W8. The update has started rolled out via OTA in Canada for Koodo, Bell, Telus, Sasktel and Virgin. As we know this new update is one of the sweetest update from Google up till now with it’s latest features like Multi tasking, Split screen, Vulcan API, Notification redesign, Quick Reply etc. The latest update for Canadian Galaxy S7 will receive the latest build G930W8VLU2BQB6 based on Android 7.0 Nougat. The new Stock Android Nougat comes with all Android Nougat features. Now you can enjoy Nougat on Canada Galaxy S7 by following the below step by step guide to flash Android 7.0 Nougat on Canada Galaxy S7. 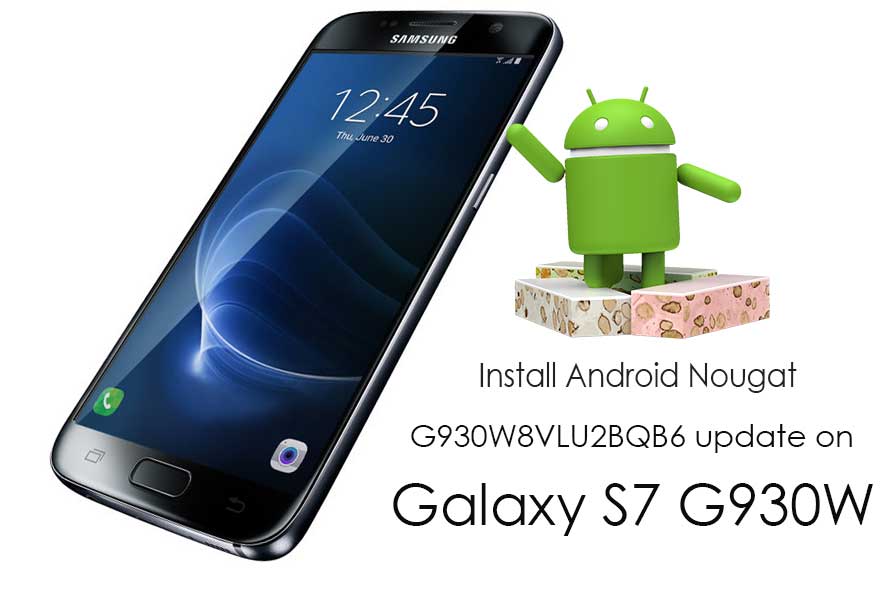 This guide is to install Android Nougat G930W8VLU2BQB6 update on Galaxy S7 G930W8 . After International and US Carrier Samsung Galaxy S7 and S7 Edge, Samsung with Canadian Carrier like Koodo, Bell, Telus, Sasktel and Virgin can enjoy Android 7.0 update for Galaxy S7. The Samsung Galaxy S7 which was released June 2016 came out of box with Android 6.0 Marshmallow. Now they received the most certainly the major Android update called Android Nougat.

That’s ALL! When you restart your Phone , You will have a whole new experience with the update of Canada Galaxy S7 G930W8 to G930W8VLU2BQB6 update. Enjoy! We have Given the Full guide on How to Update Android Nougat on Galaxy S7 G930W8 .