Samsung Galaxy S7 and S7 Edge smartphones were launched in February 2016. It features a 5.10-inch display and is powered by a 1.6GHz octa-core processor. Here we will share the list of Best Custom ROM for Galaxy S7 and S7 Edge. The Smartphone comes with an Android 5.1 Lollipop out of the box and was later upgraded to an Android 6.0.1 Marshmallow within a few days of its launch. Currently, we know that few people would prefer to install Custom ROM to enjoy more features and customizations. Now if you want to enjoy custom ROM, you can try the below given Custom ROM which is stable and fluid to run as a daily driver. To flash a custom ROM for Galaxy S7 and S7 Edge, your phone r and running custom Recoveries like TWRP or CWM Recovery. 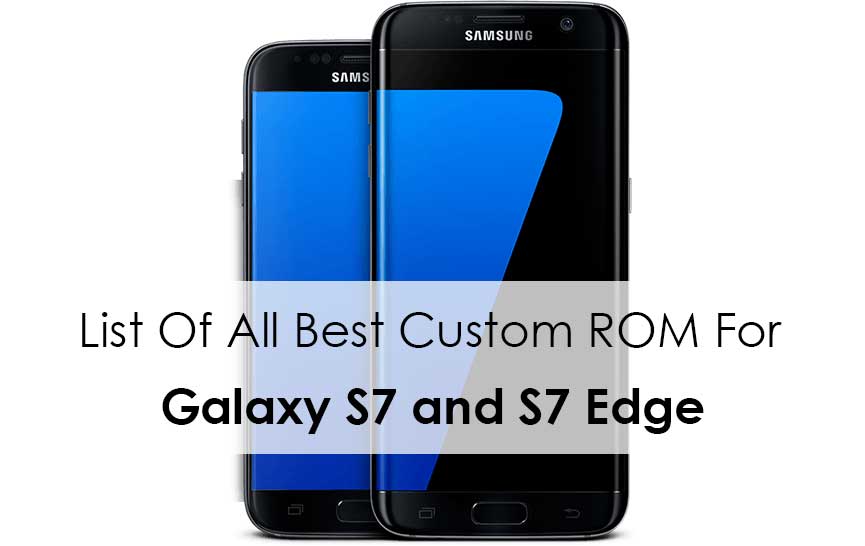 What is CUSTOM ROM?

Lineage OS is one of the best custom ROM for any Android smartphone. Lineage ROM for Galaxy S7 and S7 Edge comes with a lot of features such as Customizable Status bar, Theme, Resizing Nav bar, Nav Bar color, and customization, Quick Toggle feature, and more other features.

You can follow the link to Install Lineage OS for Galaxy S7 and S7 Edge devices.

As the name suggests, ROM brings the real Google Pixel Experience ROM on Galaxy S7 and S7 Edge. It has all the features and applications which come out of the box with the Google Pixel smartphone. Now you can experience the real Pixel Smartphone with this ROM.

Here is the full Guide on How to install Custom ROM on Galaxy S7 and S7 Edge:

I Hope you have followed the above installation guide to install Custom ROM for Galaxy S7 and S7 Edge.