It seems that Samsung has taken quite a few steps to change its overall image. Firstly back in 2019, it pushed timely security and firmware updates to new as well as older phones. On the other hand, breaking the previous tradition of having just two smartphones in the Galaxy S-series, Samsung brought in three Galaxy S10 smartphones i.e. the standard Galaxy S10, Galaxy S10 Plus, and Galaxy S10e. In fact, fast forward to 2020, Samsung has even introduced the Galaxy S10 Lite to the S10 family. Moreover, there is news that the new Galaxy S-series for 2020 will have the nameset Galaxy S20 to follow up with the new decade. In fact, the Galaxy S10 series has received quite a few Android 10 based OneUI 2.0 beta updates and is all set to grab the stable update.

Talking about the Galaxy S10e it is a surprisingly decent smartphone for those who want a small device. It packs in features like Exynos 9820 or Snapdragon 855, 6/8 GB of RAM, a decent 3100 mAh battery, a 5.8-inch Dynamic AMOLED display, offers up to 256 GB of onboard storage. In the camera department, it offers a dual-camera setup with a 12MP primary camera and in the front, you get a 10MP shooter inside a punch hole. Galaxy S10e comes with a side-mounted fingerprint scanner and supports Fast battery charging 15W.In this post, we will give you the links to download and install Samsung Galaxy S10e Android 10 with OneUI 2.0 update.  So, without any further ado, let us get straight into the article itself: 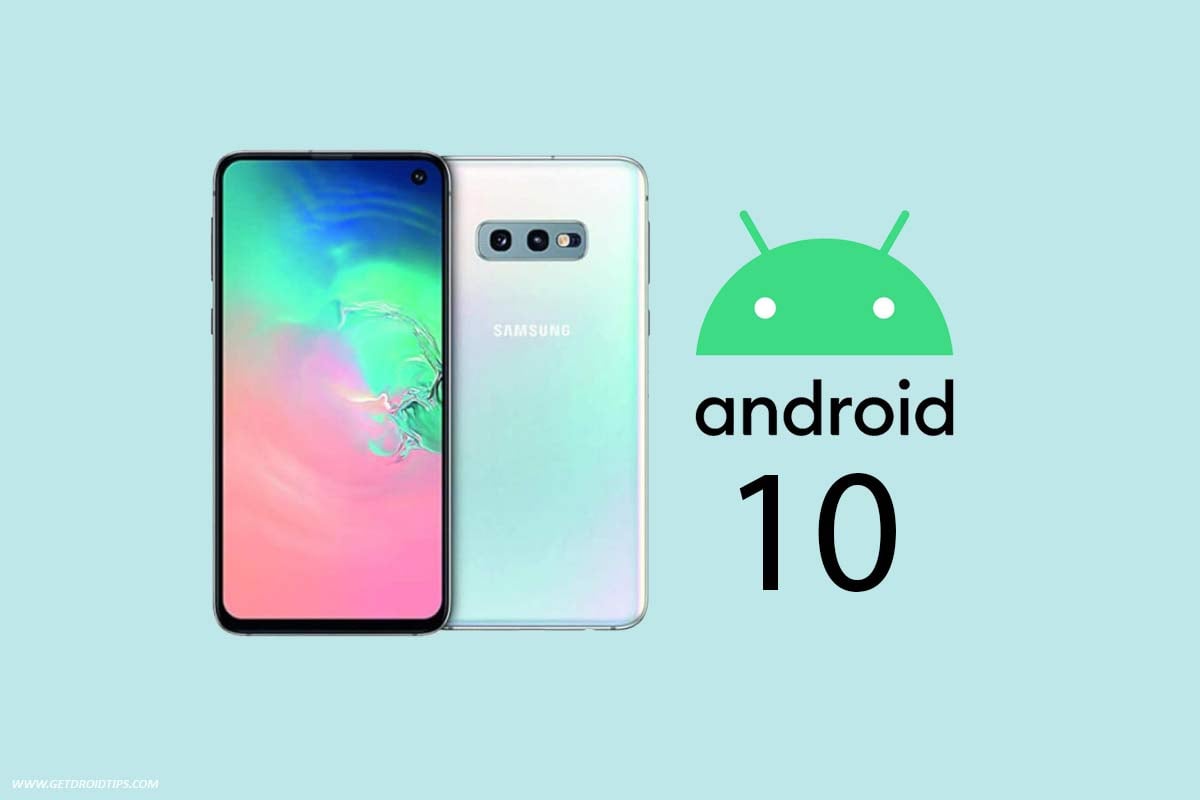 Steps to Install Samsung Galaxy S10e Android 10 with One UI 2.0

Make sure to download the pre-required files and drivers on your PC. Follow the step by step guide to successfully flash the Galaxy S10e Android 10 with One UI 2.0.

Below are both the methods via which you can install the One UI 2.0 based on Android 10 update on your Galaxy S10e.