Steam is a platform that enhances your gaming experience. Steam provides video streaming, social networking where you can chat with other players while playing games. It also helps you with updating your games and gives you information about your favorite choice of games.

It seems that a lot of Steam users are encountering the Application Load Error 3:0000065432 while trying to open or launch games via the Steam launcher on their Windows PCs. There are several game titles that have been reported by the affected players which are specifically triggering such an error like Scarlet Nexus, Nioh 2, Doom, Fallout 4, Skyrim, etc. So, if you’re also facing the same issue, make sure to follow this troubleshooting guide.

As mentioned, this particular error message appears whenever PC players are trying to launch specific games on Steam which basically doesn’t run the game whatsoever. Even after restarting or updating the game as well as the Steam client, the error doesn’t fix which is quite frustrating. Luckily, here we’ve managed to provide you a couple of possible workarounds that should help you to resolve it. 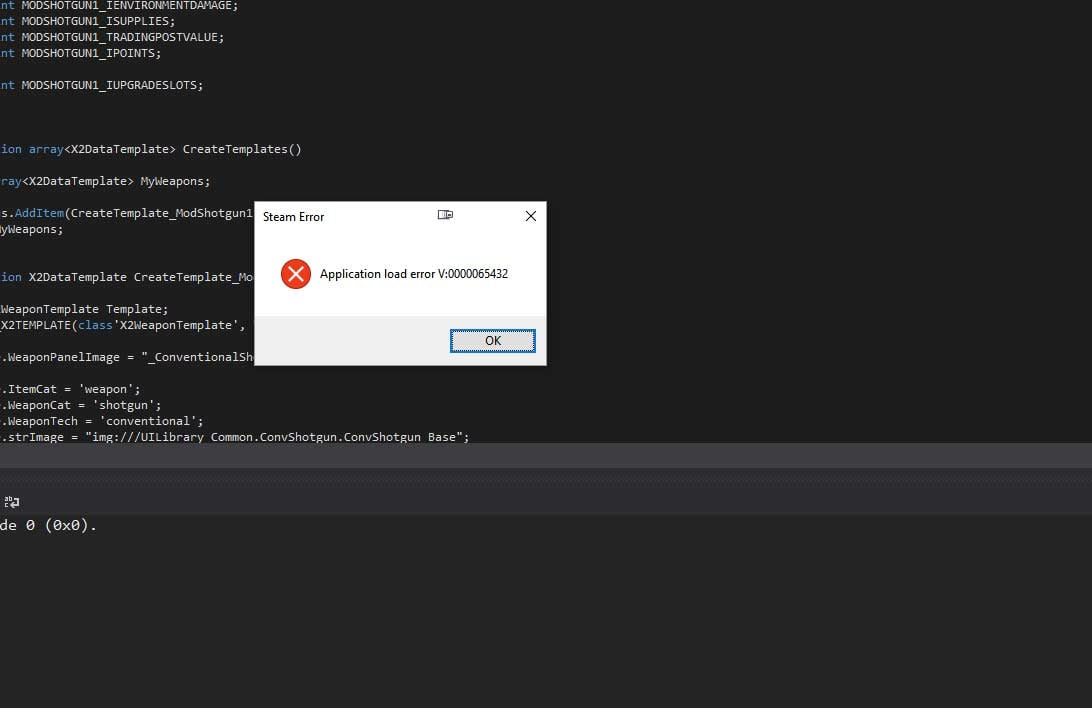 We have listed down some common issues that can give rise to the Steam Application Load Error 3:0000065432. The error doesn’t specify the reasons. So, you need to go through different solutions and see which will work for you. Here’s a list of possible reasons-

If you are wondering whether one of the reasons mentioned above is causing the error with your Steam application, then go through the solutions provided below.

To be very precise, there can be a couple of possible reasons behind such an issue that we’ve mentioned below. Most probably the security software is somehow conflicting with the installed game files or Steam that eventually preventing specific games to run properly. Whereas if you haven’t installed the particular game in the Steam directory on your PC, then it may be another possible reason behind such an error.

Additionally, corrupted or missing game files may also trigger startup errors with your specific game. It may also happen that your Steam client isn’t properly installed or have some issues with its internal files.

1. Run Steam as an administrator

The chances are high that you’re not running the specific game or the Steam client as an administrator which may also cause application load error most probably. All you need is to simply grant the admin privilege to your Steam client to run freely using your Windows account.

Well, it’s quite common for Windows computer users to have some issues with the app or game startup. So, no matter which security program you’re using, just make sure to turn off the real-time protection and scanning all files feature temporarily to cross-check whether the problem is occurring from the antivirus software or not.

If you’re the default Windows Defender program, then make sure to follow the steps below: 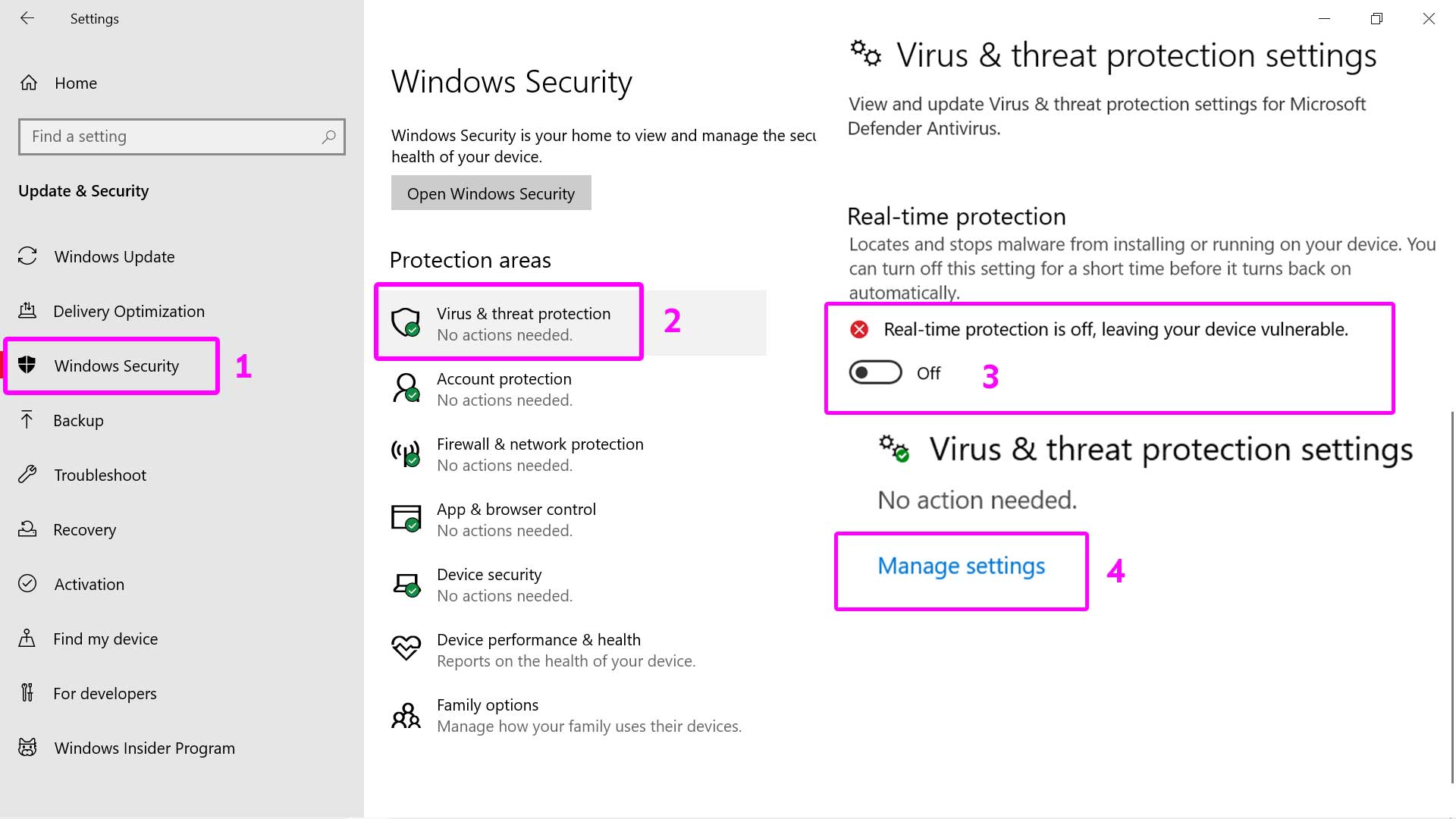 3. Verify Integrity of Game Files for the specific title

If you’re still receiving the specific application load error every time while trying to launch the game on your Steam client then make sure to verify the installed game files (the problematic one) via the Steam client automatically. To do so:

This method should help you to fix the Steam Application Load Error 3:0000065432 on your computer.

Some of the fortunate Steam users have already fixed the application load error on their PCs by simply deleting the game’s data folder from the Documents/My Games section. To do that:

Maybe deleting the Steam appcache folder on your PC should fix the Application Load Error: 3:0000065432 that you’re not being able to resolve in other ways.

Some of the affected Steam users have also mentioned that copying the Steam.exe launcher file into the installed game folder can also fix such an issue.

This particular conflict happens whenever a user installs the Steam client on a different drive partition and the game on another one. So, copying the exe file to the same folder will do the job. To do that:

It’s also possible that there are plenty of unnecessary tasks running in the background on the system which will eventually reduce the system performance by eating up a lot of CPU/Memory space. If you also feel the same, make sure to follow the steps below:

Make sure to uninstall and reinstall the Steam client on your PC to completely fix the corrupted or missing file issue on Steam. It’ll also ensure that whether the purchased or downloaded games are properly installed or not. To do so: 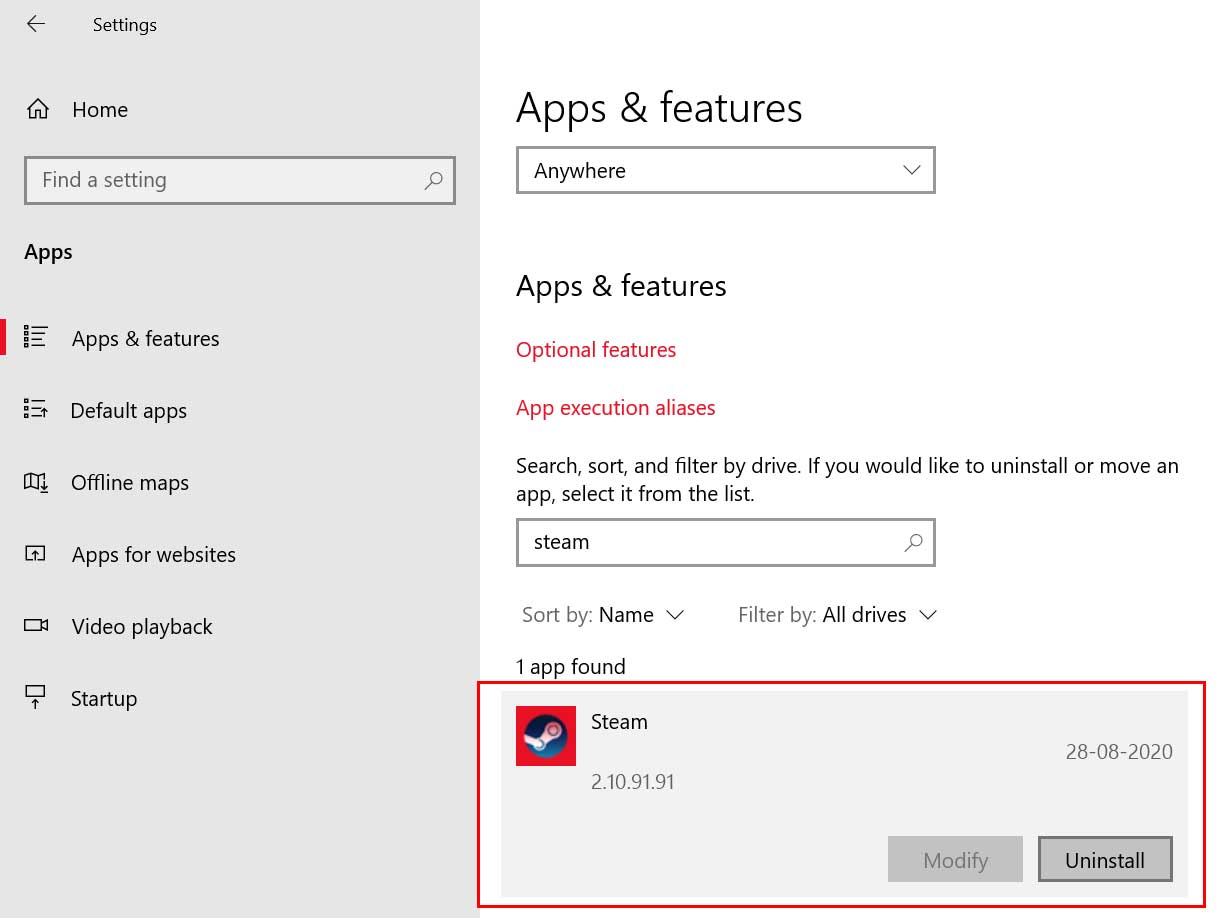 9. Reinstall the problematic game too

If none of the methods worked for you, try uninstalling and reinstalling the particular game on your PC as a last resort. It’s also possible that somehow the game files or cache data is conflicting with the system and Steam Application Load Error 3:0000065432 is happening to you. So, you’ll need to follow the steps below:

The reasons for the error differ from one user to another user. You can choose the solution which works best for you. Or if you don’t know what reason is causing the problem, then try all the solutions one by one. I hope this article comes to your use. If you have any queries or feedback, please write down the comment in the below comment box.