Pokémon Scarlet & Violet game is out now and it offers the players to take part in Tera raids missions which is a great deal for all online players of the game. Due to the nature of Tera raid battles, it’s quite difficult to master each Pokémon style along with their moveset and abilities. Today in this guide, we will share the Best Tinkaton Build for Tera Raids in Pokémon Scarlet and Violet, which will help you to complete your game missions easily.

When it comes to Pokémon Tera Raid battles, a good strategy and good build is most crucial component for victory. Online battles with other players are also quite difficult, given the fact that many players already have a good Pokémon build themselves. But don’t worry, this guide will tell you more about Tinkaton, its abilities, moveset, and build details. 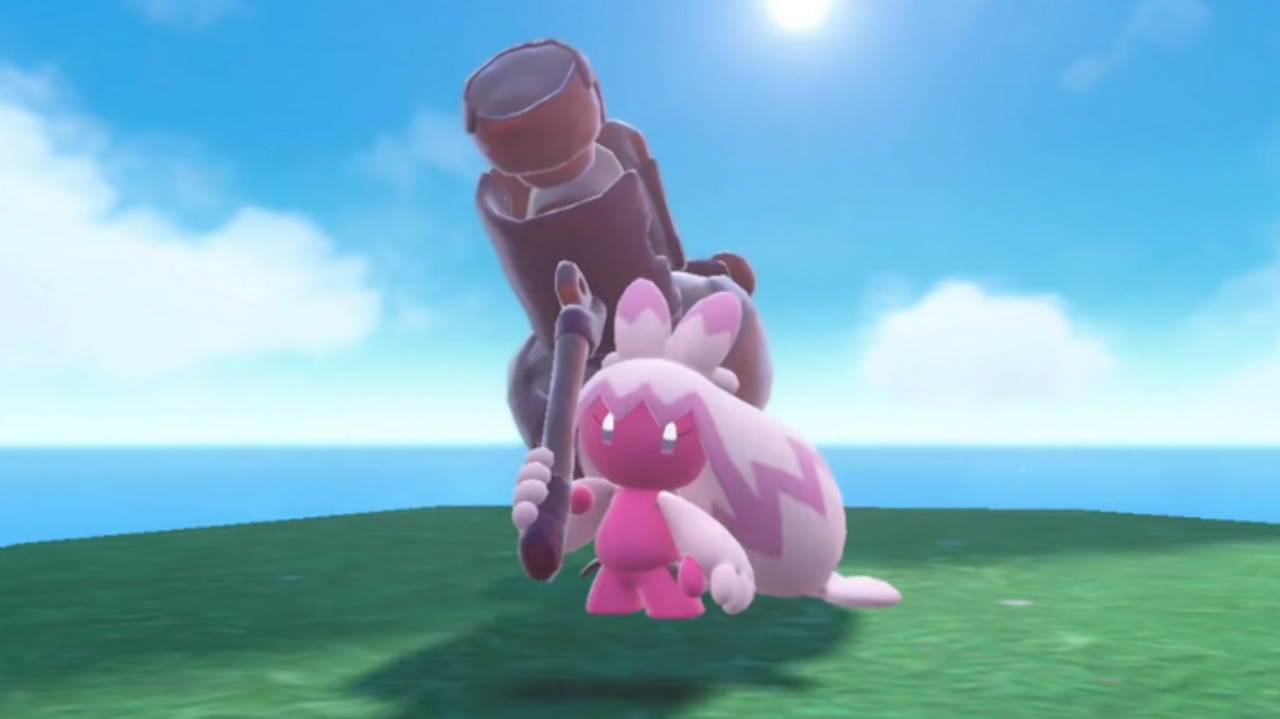 Tinkaton is a steel/fairty type Pokémon that comes with excellent defense skills. It’s quite famous for its set of personal moves, including Gigaton Hammer, which deals with 160 power to the opponent. 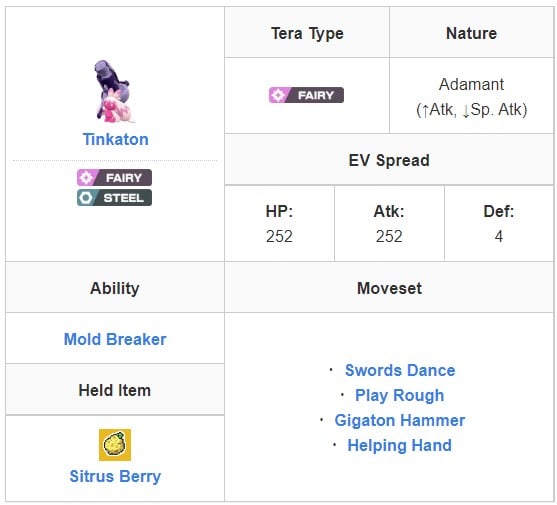 Play Rough: This moveset gives a 10% chance to lower the opponent’s Attack by one stage.

Gigaton Hammer: It is a unique Steel-type Physical Move in the game dealing with 160 damage points to the opponent.

Helping Hand: This will increase the damage deal of your ally’s Pokémon attack by 50% value.

First, get your hands on a Fairy Tera-type Tinkaton Pokémon because they are immune to the dragon and boost attacks. This will give you a more competitive advantage in the raid missions. For physical attack traits, having adamant nature will give you additional points.

Max out on your HP and attack EVs, and try to add any remaining EVs into defense tactics. Once you’re in the battle, you can use Play Rough and Gigaton Hammer as the two main weapons to combat with the enemy Pokémon. You may also use Helping Hand and Swords dance as a substitute attack.

This brings us to the end of this Tinkaton Build for Tera Raids in Pokémon Scarlet and Violet guide. It is important to note that the game has got quite challenging as more and more pro players have joined the Tera Raid missions. You must realize that a good strategy combined with a good build will help you win these raid missions.