Destiny Girl is one of those mobile RPGs which focuses on female characters. These characters are called huntresses in Destiny Girl, and there are quite a large amount of characters in the game. However, out of so many on the list, identifying the strongest ones is often difficult. Therefore, to help you, we have brought this tier list of the best characters from Destiny Girl.

Each character or huntress has some unique power or ability that distinguishes them from the others. Even though all of the huntresses are brave and fearsome as they get into any battle, but you will still notice the difference in their powers. While some lady characters are tremendously strong, others might not be up to their mark. And as you keep levelling up in the game, you will certainly feel the need for stronger characters to win the high-rank battles. 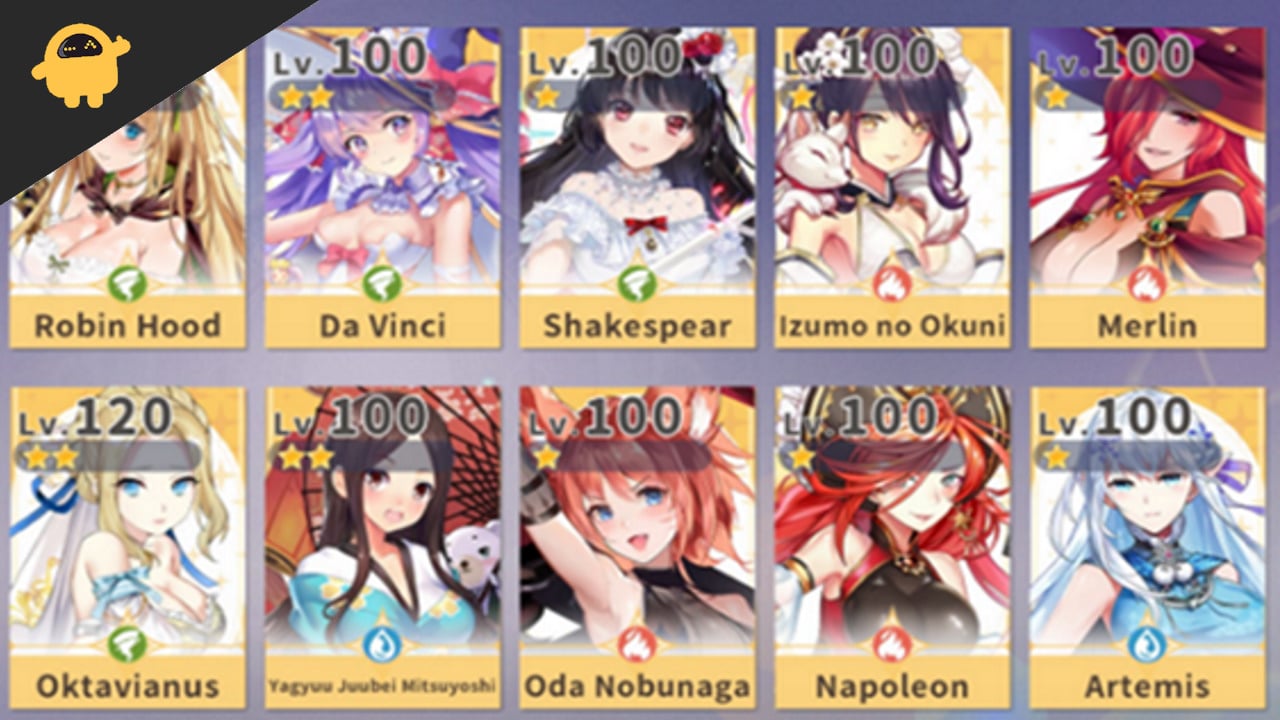 To distinguish the strong and the weak characters from the game, we have further divided them into five tiers, i.e., tier – S, A, B, C, and D. The huntresses have been ranked based on their strengths and powers. With each tier, you will certainly find a huge difference in the characters’ potential, which makes the game so interesting.

The S – tier characters are the ones who dominate in the world of Destiny Girl. These characters excel in every domain, be it in terms of strength, powers, or abilities. Although they might be quite tough to get, as you will need to do each to access them, they are one of the best options, as they could end the mid and high-level battles without facing too many troubles. All the Destiny Girl characters with the best stats rank on our S-tier list.

Unlike the S-tier characters, the A-tier huntresses do not hold such extreme powers or skills. However, please do not make the mistake of underestimating them yet. These characters still manage to come up with some significant stats. What’s more interesting is that they can still be very effective in battles, and with their unique abilities, you can even win wars if used appropriately.

Next, the B-tier Destiny Girl characters or the huntresses are the ones that can complete their mission even though they might come up with some difficulties. In other words, these are the average characters in Destiny Girl. But they have good tricks and abilities which makes them a reliable option to select for your team.

Surely, if you are looking forward to winning battles in the game, you should consider higher-tier characters to get your job done. Yet, the C-tier characters are not completely useless. They do have their unique tricks but fall relatively short when it comes to strength and power. But still, they might be a good option for experimental purposes.

Finally, coming to the last tier, i.e., the D-tier, we have only a few characters on this list. These characters are simply the weakest among all characters in Destiny Girl. Neither do they have any considerable powers nor any good abilities or tricks. In a nutshell, if you were to go to a battle, we would never recommend you to have any of these characters on your team.

So, this was all about the Destiny Girl character tier list 2023. As you have seen above, there are a whole lot of characters present in this game. However, if you decide to follow this tier list, and if somehow you get access to the higher-level characters, you will escape a lot of trouble in the battles.

Since this tier list primarily focuses on the strength and power of the characters, you will always have the upper hand in the battles if you manage to go with the S – tier huntresses. Anyways, if you have already played this game, then let us know about your favorite character and how did you like this tier list.