Escape from Tarkov is an MMO FPS game from the Russian game company, Battlestation. The game features very hardcore and realistic gameplay. People have no dynamic maps locating themselves or enemies, making it important to understand the Escape from Tarkov Interchange Map Guide and play accordingly.

Players have to figure out on their own from their position to the extraction point. The game sports many interesting maps like Woods, Factory, Customs, and Shoreline, to mention a few. Interchange, being one of them, is a place for extensive PVP battles and above-average looting possibilities.

Since there are many possibilities and locations to explore, one can easily get lost on the map. So this article will serve as Escape from Tarkov Interchange Map Guide, preparing those new players. So we will be covering the overall structure and flow of the map with the best strategies and tactics to survive and extract yourself. 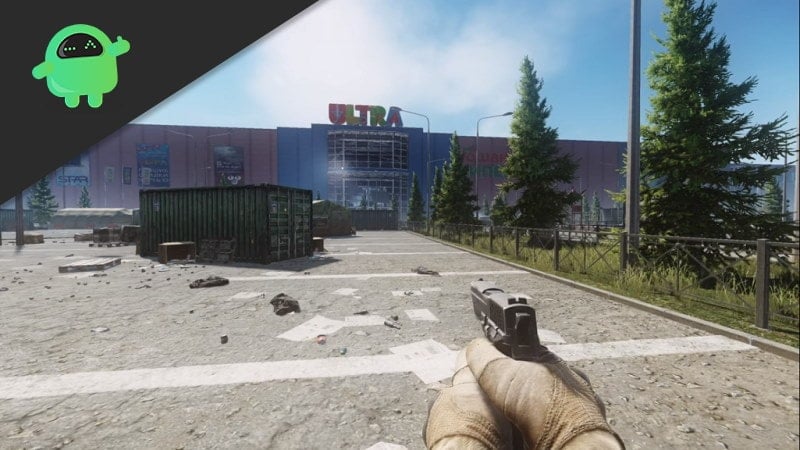 The map’s main focus is the Ultra shopping mall. So the shopping mall consists of two floors and a parking lot. So considering spawn locations, players will spawn almost everywhere across the edges of the map.

But not inside the mall. So it’s good to expect spawn fights and be prepared. Again, the game will push the players to the other side of the map for extraction. 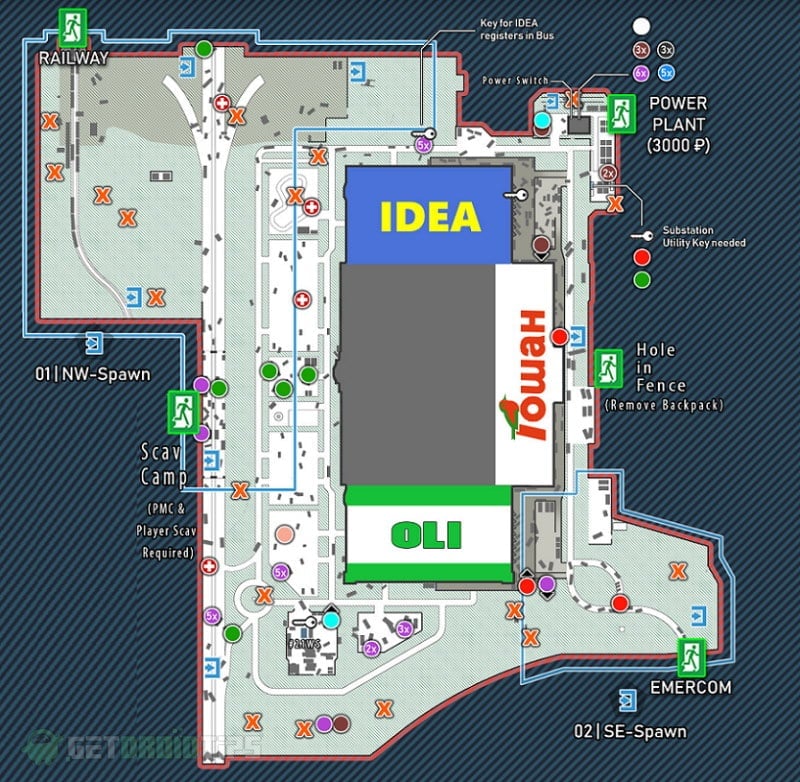 Once you’ve spawned, you can use the key landmarks to find your location quickly. So if you are anywhere near the Idea shop, you’re on the north side of the map. If you see Oli shop, then you’re on the south side. Now you can move forward using the map.

The ultra mall featured in this map is the main focus. With plenty of loots and possibilities, this is where you want to be. The mall consists of two floors and a parking lot. Since the mall is located in the center, it can be used as a landmark to figure out where you’ve spawned.

The mall consists of three main large super-stores. They are:

Now in between these stores, there are plenty of small stores with many loot possibilities. Now moving to the parking lot, people can get easily lost in here. 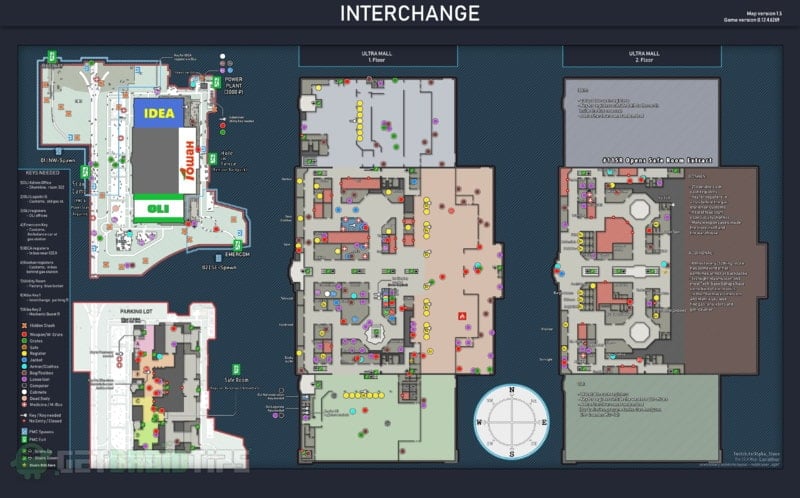 So it’s best to move through the area slowly by remembering where you came from and where you want to go.

So this is a very complicated map with many possibilities. Therefore there isn’t any specific chock point to mention. But you can expect many SCAVs and PvP players while scouting through the mall.

The best tactic is to move slowly through the map with tremendous caution. Always remember to pay attention and check those corners.

The map is mainly targeted for close to mid-range combat. Added, there are also possibilities for long rang fights across the outer area. 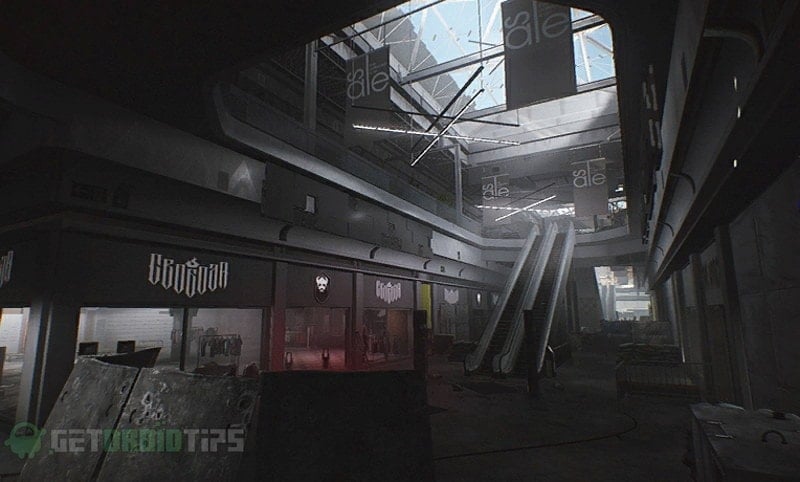 The SCAV head, known as Killa, will spawn somewhere within the mall and scout with his best equipment and armors. Taking out him is tough, but it’s worth it.

He has the best possible loot with him, and he is very aggressive. He will definitely make your day worse.

Best Reserve Keys in Escape from Tarkov and Their Locations

The Kiba store is actually the best place to loot weapons, weapon mods, and armors. It’s actually a weapon store. So there are always high-profile armors and gears to obtain. But the store requires two keys since it has a double lock system.

However, this place is known for epic battles and fights to get loots. So if you’re looking for intense fights, this is where you should go. 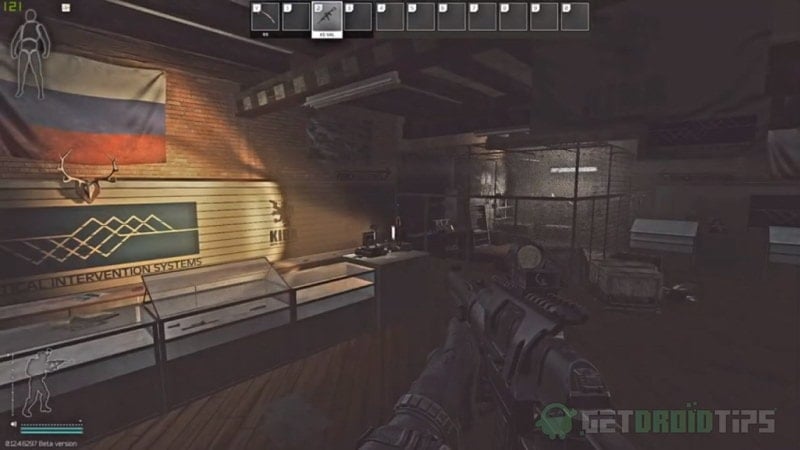 Beware that the SCAV boss Killa will often be patrolling this area and around the escalators. If he finds you first, he can get only One tap you with his gun.

Therefore this map is viral among squad players because the presence of Killa makes it very dangerous for solo raiders. Its located on the first floor of the mall, in the central part of the mall, to the south side. 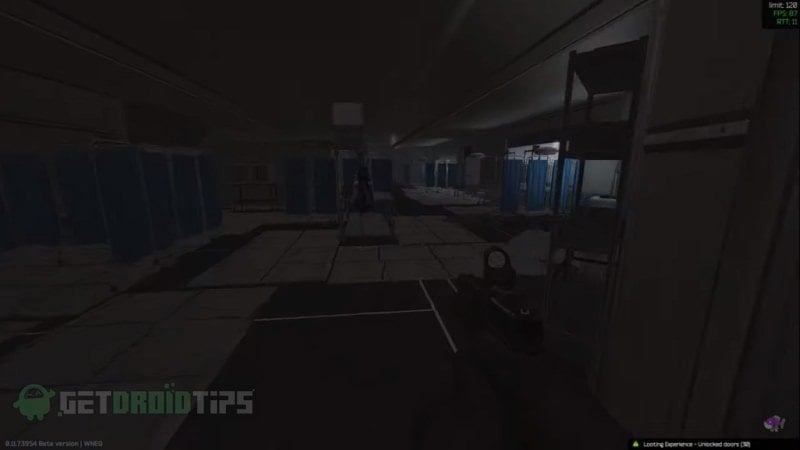 A place that has plenty of medical supplies. But it requires a key to open the store. You can get this key from Customs, from an Ambulance car at the Gas station. The store is located on the first floor of the mall, to the northern side of the mall.

With the possibility of getting lots of loose medical loots, med bags, jackets, and weapons, it’s definitely worth checking.

Don’t worry, with maps, this huge, and it’s reasonable to lose your position. So if you’re lost outside the mall, follow the walls or corners and move towards your exfil point. But if you’re lost inside the mall on any floor, follow the lights that lead you to the nearest window. Then you can look out and figure out where you are.

So, to sum up this guide, it takes patience and a lot of practice to master this map. But I hope this guide helped you in understanding the map.

There are tons of resources out there to know more details about this map, like loots, hidden items, and quests. But this guide is targeted towards beginners. Although, if you want, you can check out Official Wiki Page for more info on the map.