Escape from Tarkov is a realistic shooter game by Battle Station Games for Windows. The game falls under the genres of Shooter, Hardcore, and RPG. Even though the game is in the Beta stage, it got many audiences, especially due to its realistic portrayal of Survival and inventory management.

Since the gameplay is realistic, the game won’t have any HUD relating to Health, Ammo, or Player position. So from the beginning, you should figure out everything on your own. This makes it even harder for beginners to adapt to the gameplay. So in this article, let’s see a detailed guideline for the Shoreline map in the Escape from Tarkov game. 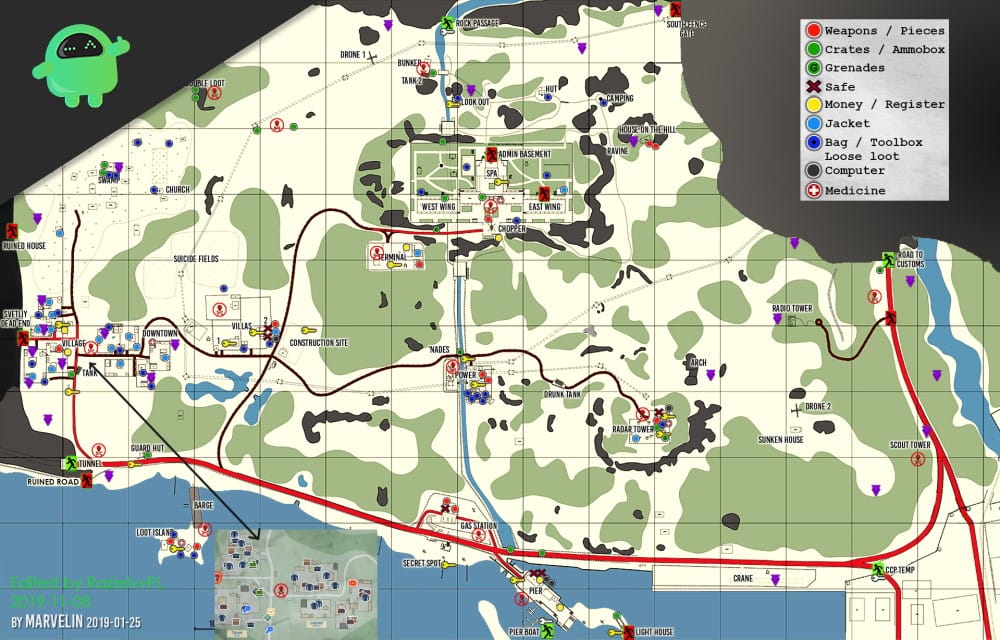 The shoreline is yet another map suitable for people who love medium and long-range combat. The map consists of Beach, Small towns, and a Healthcare resort.

The resort is a loot dense place that attracts many players looking for close-quarters battles. We’ll see this in detail in the next section. But overall the map is very interesting with lots of things to learn.

So, as usual, the spawn points can be either on the map’s left or right side. The game will push players towards the opposite direction of their spawn location for extraction. 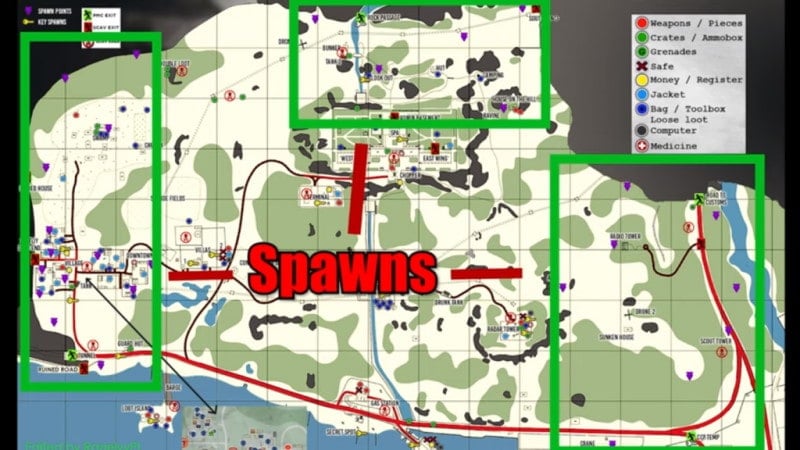 Since the map is huge, spawns are widely spaced. You can pretty much spawn anywhere on the map except the centre portion. Mostly the spawns are located at the corners of the map, for instance, towards the shoreline (Beach).

Since no HUD maps and location systems are available in this game, you have to figure out your position using references. You can find plenty of them on the map to know your location.

The main reference point would be the Beach, of course. The beach is visible even when you’re far from it, and you climb over anything that is reasonably tall.

As far as chokepoints go, there aren’t many since this is not a small map. Despite this, three main points are considered with higher SCAV or player concentration.

A lot of the rooms have loots in them; you can go in loot most of them. These rooms consist of High tier and military-grade loot. There are individual loot sheets and maps for each resort’s floors.

But explaining them would make this guide more lengthy and in-depth, rendering it non-friendly for beginners. But if you’ve mastered the gameplay, learning each floor in the resort will surely be beneficial.

The power station is another choke point on this map. With many SCAV spawn and PVP battles, this is a place you should visit if you want some serious fights.

Also, you can find some keys spawned here to use in the resort. Some other loots can also be found here. Although you can skip this point by taking the road towards the southernmost part of the map by the gas station. Choose according to your game style.

Road to customs. You can find this Southeast corner of the map. Just follow the southern coastal road towards the east side, you’ll find the exit.

Wrecked Road Tunnel: Similarly, follow the road towards the west, and you’ll find this tunnel. For both of these extracts, the road is the key point. If you find the road, you can simply get extracted.

Peer boat and Rock passage: These are one-time extracts. That means you should be first to get there to get extracted.

The rock passage will be a good point of extraction if you’re tired from fighting in the resort or wounded. Just look for green smoke above the place. If you see it, then you’re good to go.

As discussed early, there are many ways to play this map. Hence the flow of the map is not restricted to any particular style. Although you can try the one that suits you out of the following.

Although, there was no info about the SCAV boss on this map at the time of release. But later, the info was added to the game wiki page. The boss is called a Sanitor wandering along the Port or Pier Area mostly. Also, you can spot him in the Locked cottage area or Health resort east and west wing areas. He has the Sanitor Bag as his unique equipment, along with two heavily armored guards following him.

So as you can see, the shoreline is an overall good map for Medium to long-range battles. Given its size, this map should be good for beginners and novice players because there are no instant spawn fights. This Escape From Tarkov Shoreline Map guide should help you get started with some basic stuff.