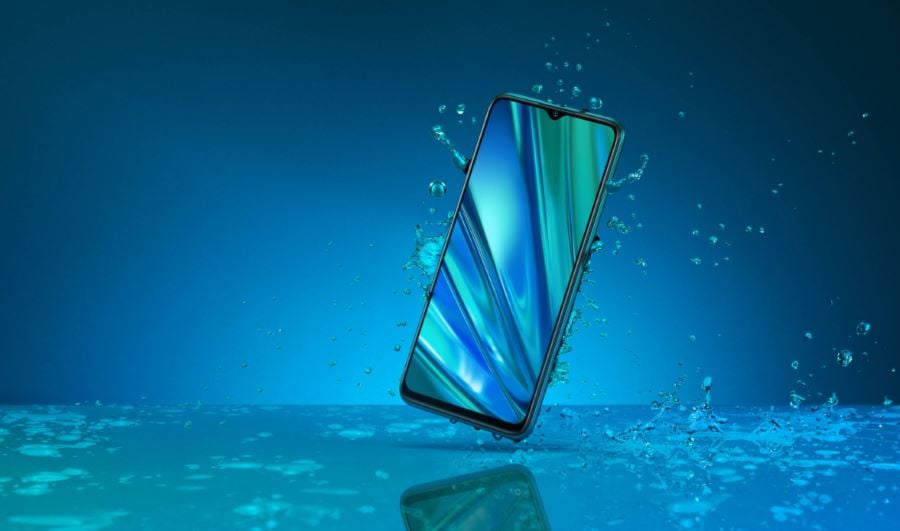 Realme is new to the smartphone market and is launching new smartphones every 6 months and so. Most of their devices are an absolute hit in the budget smartphone range and so far people are loving the Realme Brand. Now Realme might have decided to step up the game by introducing premium features like – waterdrop notch, quad camera and waterproof security in mid-range devices. Well, this is really good news for Realme fans since they will be the first to use a waterproof smartphone by Realme.

You will be extremely happy to know that the new Realme 5 Pro comes with official splashproof support. Which means you don’t need to worry about any accidental water splashes or coffee/juice spills. This is great news for Realme Fans. 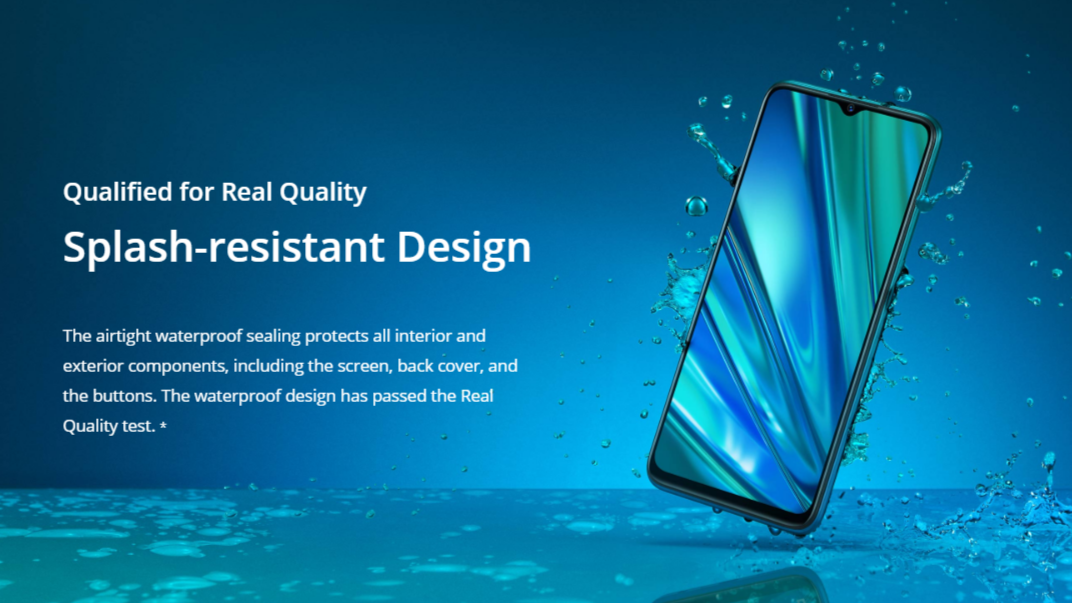 The company adds further-“The airtight waterproof sealing protects all interior and exterior components, including the screen, back cover, and the buttons. The waterproof design has passed the Real Quality test.”

This shows that the new Realme 5 Pro has a splashproof design. However, we will test this to its extreme in our Realme 5 Pro waterproof test.

The official website does contain adequate information about splashproof capabilities. However, there is no mention of waterproof and dustproof capabilities of the devices. So we are going to conduct our own test. However don’t keep any high hopes, since it is a budget smartphone there are very fewer chances of it being a proper waterproof device. Get ready for the Realme 5 Pro waterproof test. But before that, have a look at device specifications:

As you can see from the test results above that the new Realme 5 Pro is fully dustproof. This is because it doesn’t have any moving mechanical parts like pop up camera etc. Also, the inner body of Realme 5 Pro does contain a rubber membrane which protects it from accidental water splashes and dust particles.

After conducting both the tests, we can see that the new Realme 5 Pro is a splashproof and dustproof device. We can’t say it is a fully waterproof device since the speaker doesn’t work properly after our Realme 5 Pro waterproof test. However, we can say that this device will not get and water damage easily thanks to ts splashproof seal.