We have a new Champion in League of Legends, Yone. He is the long lost brother of Yasuo who is back from the dead. Now, we have two samurai-style heroes in the game with a somewhat similar fighting style. Riot has introduced Yone to diversify the game further. Ever since Yasuo was released, it has been the most played character in the game. So to change things up a bit, we finally have Yasuo’s older brother joining in as a new Champion in League of Legends.

The attacks that Yone possesses and the overall attire too makes him quite similar to his younger brother. Anyone who stands as a foe to this new champion will stand at the mercy of his demonic sword. In total Yone has five abilities which make him one of the fiercest champions in the game right now. And if you are someone who likes Yasuo, then you should definitely know the abilities that Yone possesses. In this article, we will take a look at all of these abilities. 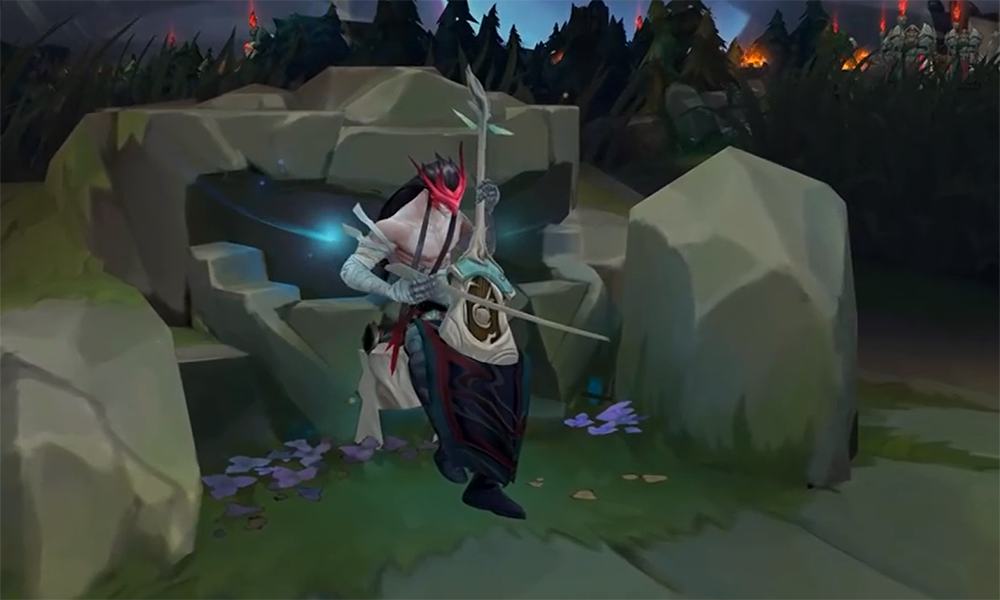 Passive – Way Of The Hunter: 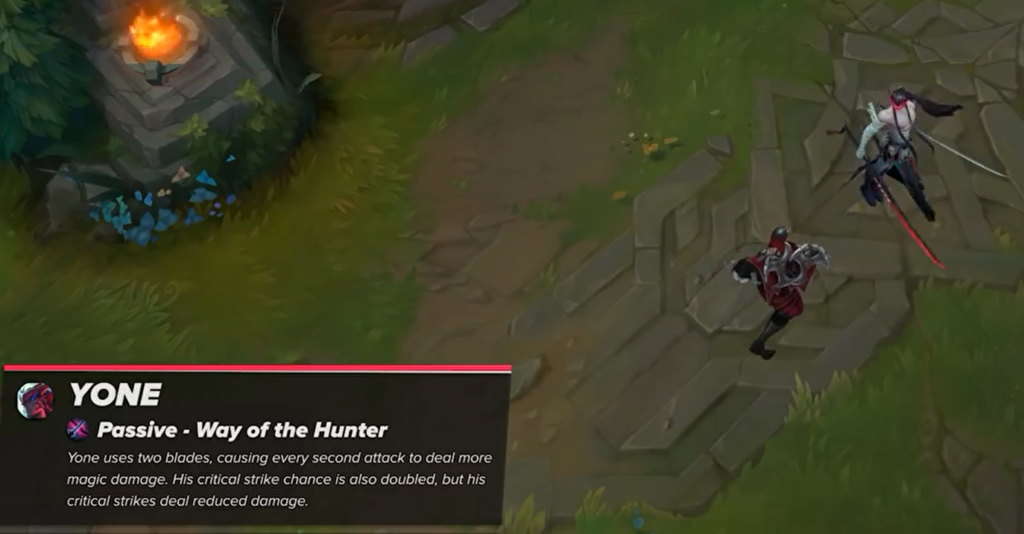 Yone throws quick jabs with his steel blade by thrusting forward, as a result of which he gains stacks of Gathering storm. For every jab, he gets one stack, and when he has two stacks, he dashes forward towards the enemy and with a wind wave makes his enemy airborne. So it is a triple combo move that ends with the enemy going airborne while taking some serious damage.

Yone cleaves forward and performs a sweeping attack in an arc-like action. This results in causing damage to several enemies that are nearby. For every successful attack on an enemy, Yone builds a temporary shield that gets stronger with every attack. And every attack from Yone does damage in terms of portions from the target’s maximum health. This attack will come in handy when dealing with multiple enemies, as on top of the offensive, you also get defensive abilities. 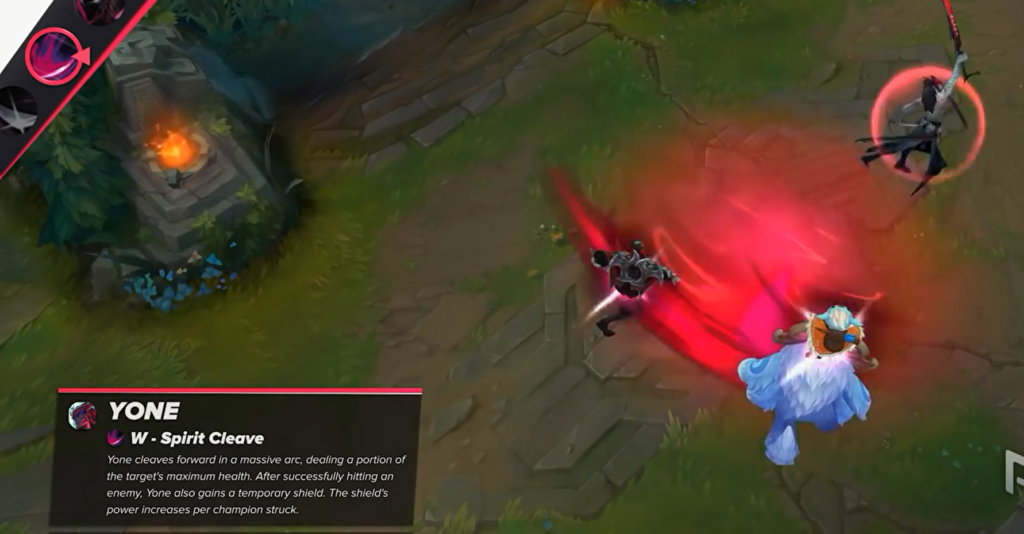 Probably the strongest of Yone’s abilities is this particular ability. Yone’s soul snaps out of his body and dashes towards an enemy. His soul gets increased movement speed while using this ability with his body back in the place where he realized his soul. Once the soul snaps back to his body, all the damage that his spirit dealt with is repeated to his enemy. This makes it difficult for any other champion to attack Yone’s spirit form as the damage will ultimately come back to them. 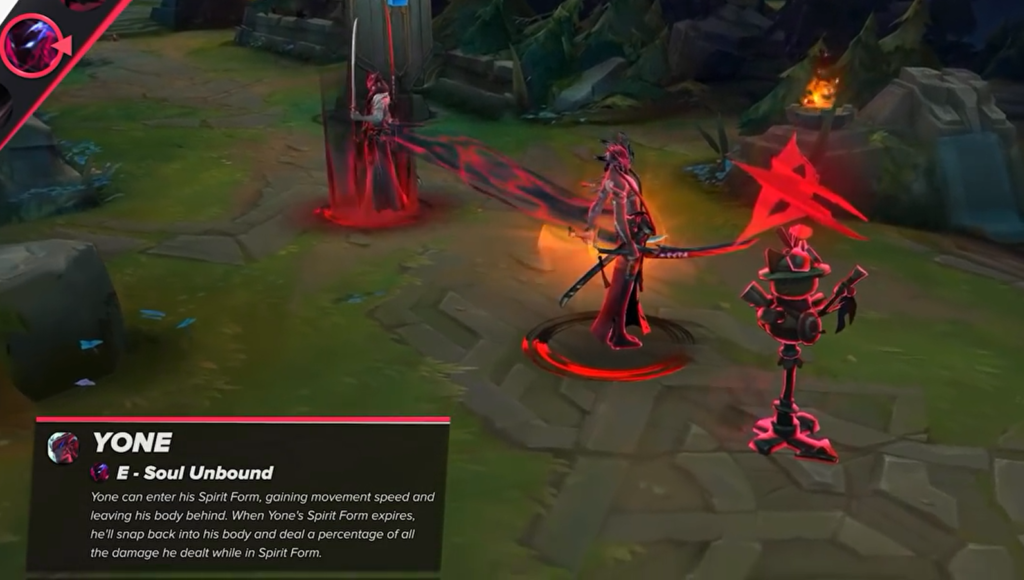 Here Yone attacks all the enemies in a straight line, blinking behind the last enemy hit. This will knock all the enemies airborne towards him who was in this attack path. He can follow it up with another attack, as all the enemies will be put down in one centralized position. If used together with other abilities, this attack can prove to be part of an extremely lethal combo. 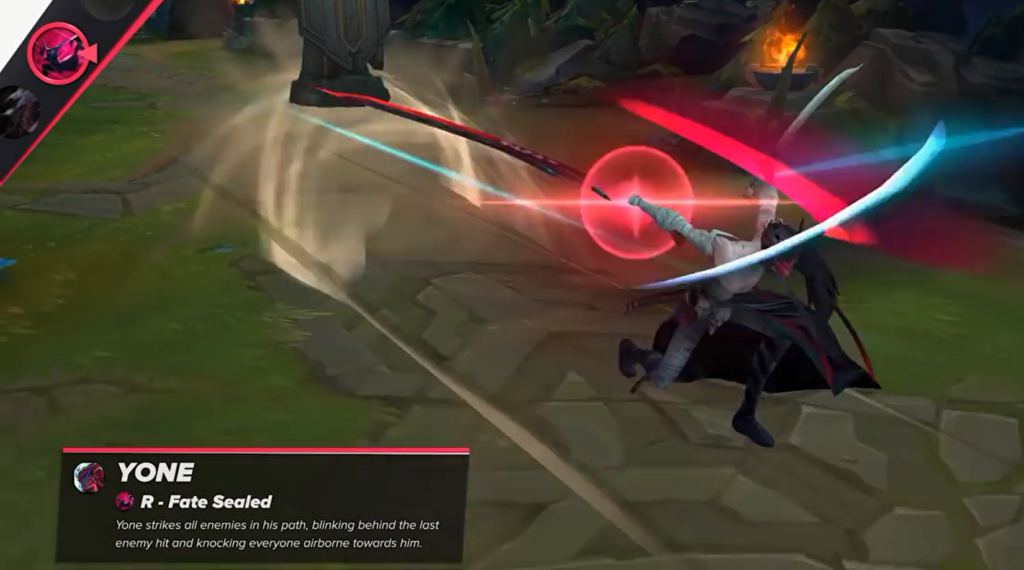