The world-famous Windows and PlayStation game, Rocket League is now available for Android and iOS as well. Published by Psyonix, the smartphone version comes with the same core and the competitiveness of the Rocket League. Overall, the mobile version offers the same quality of gaming that you can enjoy with your friends and family.

However, the only downside to such high-profile games is that they are always prone to technical issues. Many players have been facing audio issues soon after the launch. But it was until now, as in this post we are going to talk about how to fix the Rocket League Sideswipe no audio issue. The solutions will work for both Android and iOS. It doesn’t matter which device you use, the below-mentioned workarounds will easily solve the Rocket League no audio issue. So, without any further ado, let’s get started. 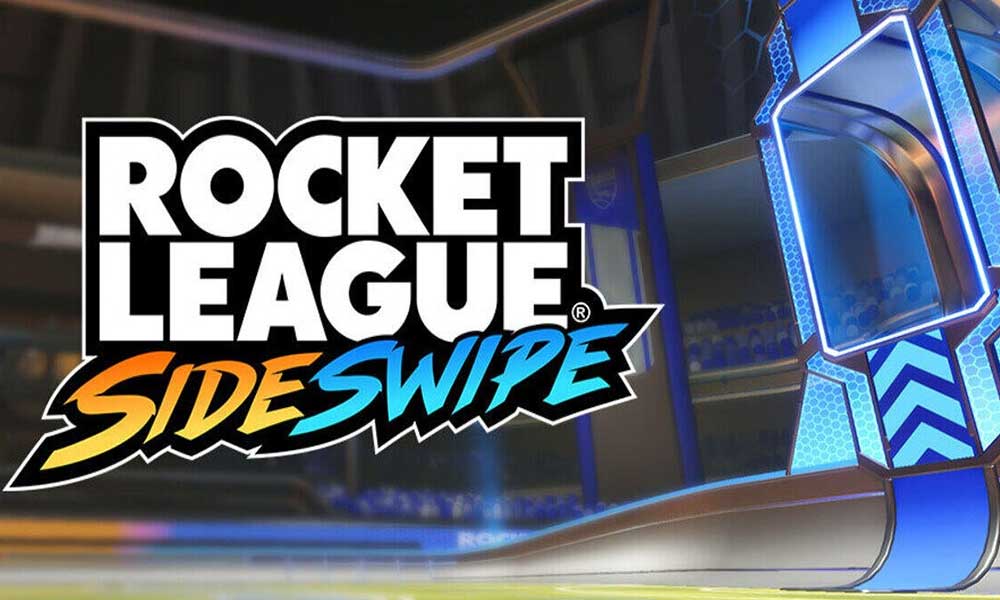 Although it might sound very technical, it’s quite easy and straightforward to solve the Rocket League sideswipe no audio issue. So, here are the different workarounds that will get the job done for you.

Let’s start with something very basic. Restart Rocket League Sideswipe to fix the issue. Restarting the device not only boosts the performance but also removes any minor bugs and glitches that have originated in any application.

So, restart your Android or iOS device and see whether the Rocket League Sideswipe audio issue is fixed or not. If not, move on to the next workaround.

Never forget to check the game settings to resolve any minor issues. You can check for the audio menu in the game. Make sure all the necessary steps are turned on. Master, SFX, UI, and Music are all required here. Make sure all this stuff is enabled and set to a good volume.

So, here is a setting that you can try if you can hear sound on your smartphone but not in Rocket League Sideswipe.

That’s it. If the problem was related to the game settings, it would have been fixed by now.

If everything is fine with the game settings, then it indicates that there is some other culprit that is causing the issue. Headphones could be the main reason that is causing the issue in the game. So, as a workaround, check whether your headphones or earphones are properly plugged in. If they already are, test them by plugging them into some other device like a radio or portable music player.

It’s always recommended to keep on updating your device at a regular interval. Updates not only boost the system performance but also make sure that your device is free of any minor issues revolving around certain applications like Rocket League Sideswipe.

So, go to your system’s “About” section, and check whether there is any available update. If yes, download the update to fix the Rocket League Sideswipe audio issue.

Any application will not be able to offer its complete services if it doesn’t have all the necessary permissions. Similar is the case with Rocket League Sideswipe, if you haven’t granted the game speaker permission, you will encounter an audio issue. So, as a workaround, make sure you have given the game access to your speaker. If you don’t know how it’s done, here are the steps you need to follow. 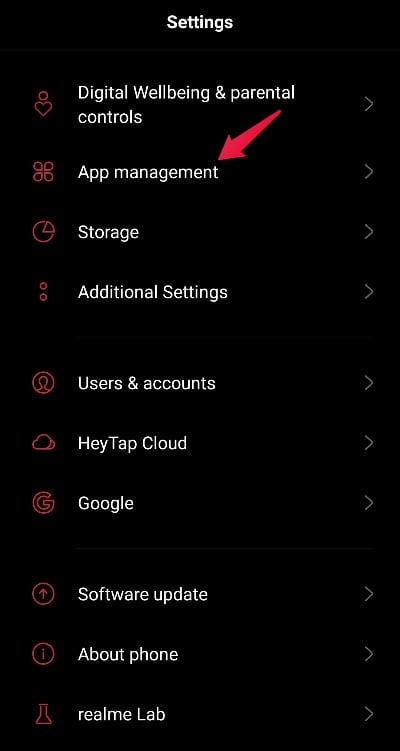 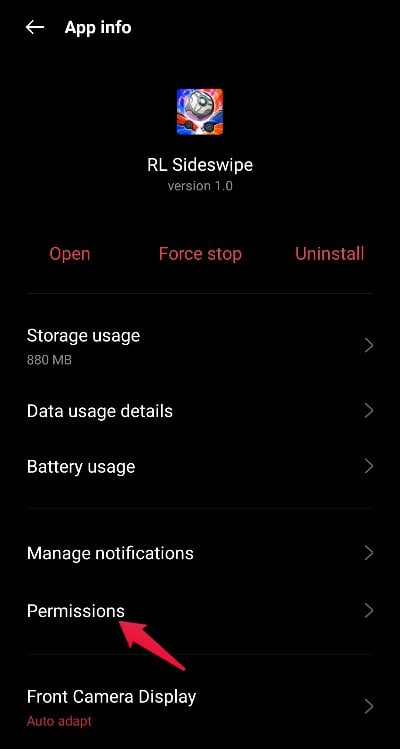 If the problem was something to do with the game permission, it would have been fixed. In case, if it’s still continuous, move on to the next workaround.

It’s always recommended to keep on clearing the cache data if you want an application to run at its peak. An excessive amount of cache data can result in many issues, like no sound in the game. So, here are the steps you need to follow to clear the Rocket League Sideswipe cache data on Android. 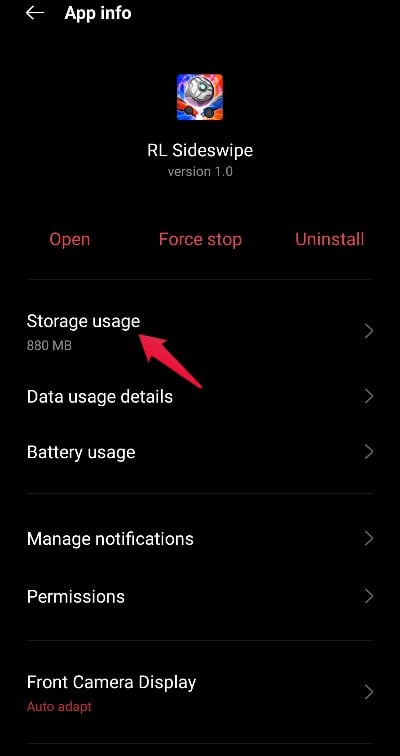 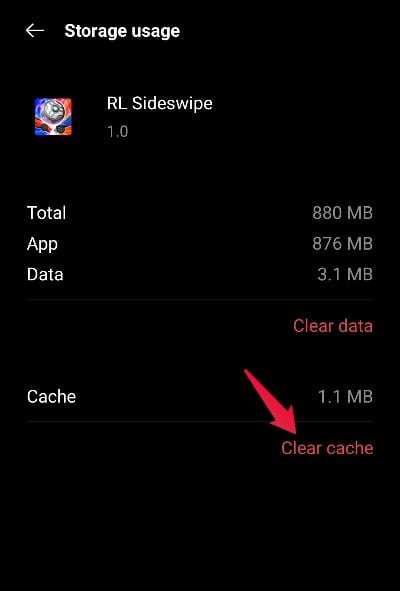 The chances are very low, however, if you’re still facing the issue, it’s time to clear the game storage data. The only downside to clearing storage data is that you will have to log in again to play the game. Nevertheless, here are the steps you need to follow to clear Rocket League storage data. 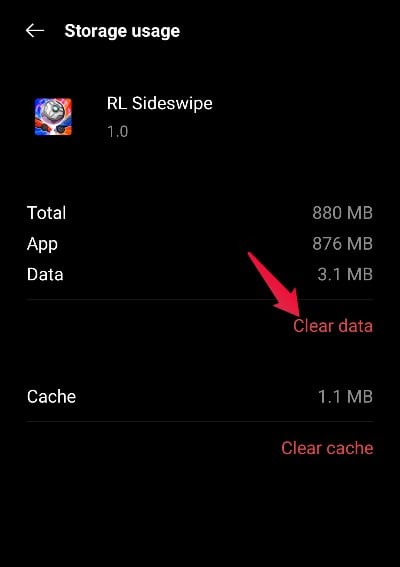 Once you have cleared both the cache and storage data of Rocket League, restart the game and check whether you are still facing the sound issue or not.

Note: There’s no option to manually clear cache data on an iOS device. An iOS device will clear the cache data of all the installed applications just with a simple restart.

It might be the case that the problem you are facing is global and the developers have already fixed it in the latest update. So, make sure that you have the latest version of Rocket League Sideswipe. Here are the steps you need to follow to update the game on your smartphone.

Note: This method is only helpful for Android smartphones. 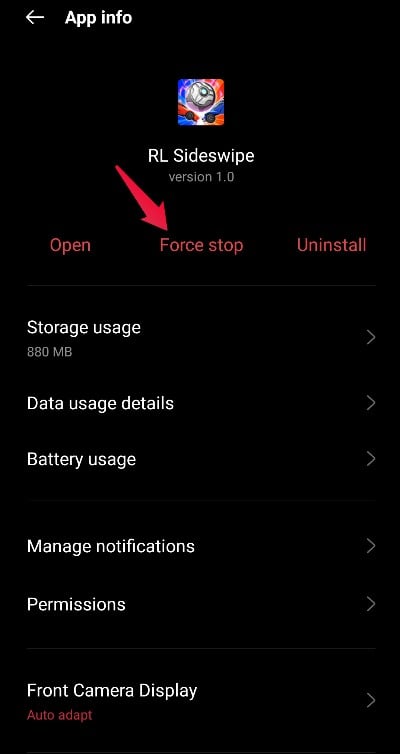 That’s it. Now restart the game and see if you are still facing the sound issue.

If none of the previously mentioned workarounds worked, your only option is to reinstall the game. Re-installing an application clears all the possible glitches and corrupted data-related issues permanently. So, here are the steps you need to follow to reinstall the game on different devices.

Wait a few minutes until the game is downloaded and installed on your device. Relaunch the game to check for the “no sound issue.”

This was how to fix the Rocket League sideswipe no sound issue on Android and iOS devices. As of now, there isn’t any specific solution to fix the issue. Therefore, you might have to go through all the above-mentioned methods to get the work done. If you are aware of any other working workaround, feel free to put it in the comments. Moreover, don’t forget to share your thoughts regarding the article, and most importantly, let us know whether the issue was fixed via comments.