From this post, you can download and install the latest Android 13 stable update for the Samsung Galaxy Z Flip 4 devices. Now that Google has released the stable build of its latest OS, Android 13, many OEMs are quick to jump on this bandwagon. Going by the track record of Samsung, it is no surprise that they have also released an update for their flagship smartphones. This new One UI 5.0 update would bring in a plethora of noteworthy features for the end-users.

To begin with, the new brings in improvements like multi-language support, user privacy, revamped clipboard features, and more. Other than these, there are a few design changes, like an updated media player and support for themed icons to match wallpaper colour. Here are the detailed instructions to download and install the latest Android 13 update for the Samsung Galaxy Z Flip 4 devices. 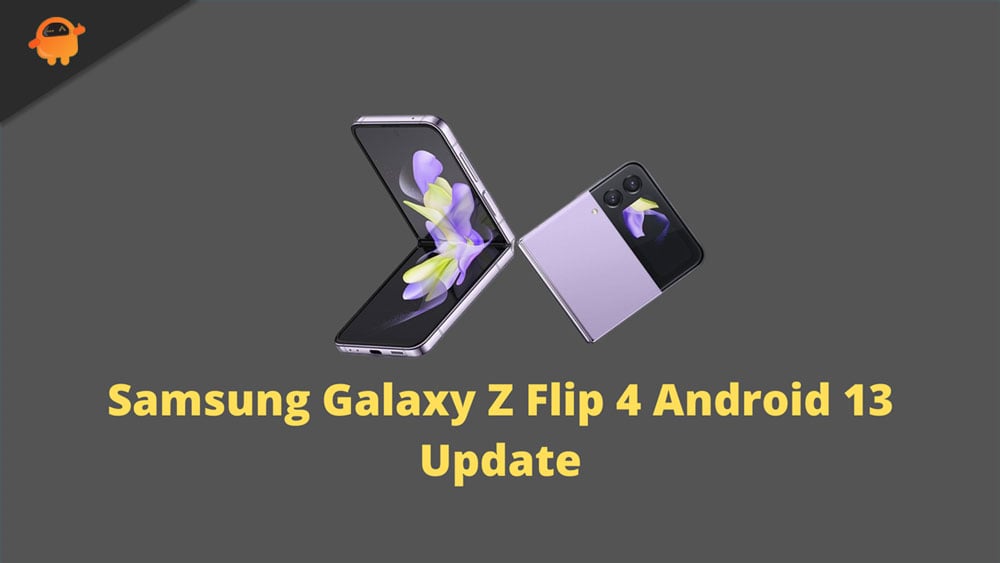 With a redesigned, thinner hinge, Samsung’s latest foldable flip phone maintains its Flex Mode capability. The Galaxy Z Flip 4 allows you to flip it between 75 and 115 degrees to enable Flex Mode, which divides the user interface into two portions depending on your needs. It is great to own the Samsung Galaxy Z Flip 4 because Samsung uses the same chipset model across all markets.

Exynos and Snapdragon customers don’t have to worry about a division, as Snapdragon 8+ Gen 1 will be available to every Galaxy Z Flip 4 buyer. Samsung does not have to optimize its software for two different SoC models, as it only has to optimize it for one, thus ensuring a seamless user experience, ensuring the same treatment for all Z Flip 4 customers, and accelerating firmware development.

Currently, Samsung is the only OEM that has developed a foldable phone that is water-resistant. A water-resistant foldable phone is an impressive feat of engineering, considering how many moving parts there are on the phone. Last but not least, the Galaxy Z Flip 4 has an enhanced fast charging system and a bigger dual-battery system.

An upgraded battery combo powers the new Samsung flip phone, with a combined capacity of 3,700mAh and support for charging at a speed of 25W. While the Galaxy Z Flip 3 contains a 3,300mAh battery that can be charged at 15W, the Galaxy Z Flip 2 has a 1,600mAh battery. The Galaxy Z Flip 4 should be able to post significant battery gains over its predecessor when paired with newer firmware and the latest Qualcomm 4nm chipset.

Before we get straight to the steps to flash the One UI 5.0 update based on Android 13 on your Samsung Galaxy Z Flip 4, let us take a look at the prerequisites first.