2018’s Sea of Thieves is an action-adventure open-world multiplayer video game that has been developed by Rare Ltd and published by Microsoft Xbox Game Studios. It’s available for Windows and Xbox consoles only that have received plenty of positive reviews for its stunning graphics & excellent gaming experience. However, just like other titles, this game also has issues. Sea of Thieves Textures Not Loading issue on PC/Xbox Consoles is one of them.

According to several reports online, it seems that plenty of Sea of Thieves players are encountering the texture not loading issue on both the Windows and Xbox consoles. This particular issue appears suddenly due to some unexpected reasons that affected players are unable to find out easily. Whereas some reports are claiming that installed SoT on a hard drive may take a while to load all the in-game textures completely in some cases. Well, let’s check it. 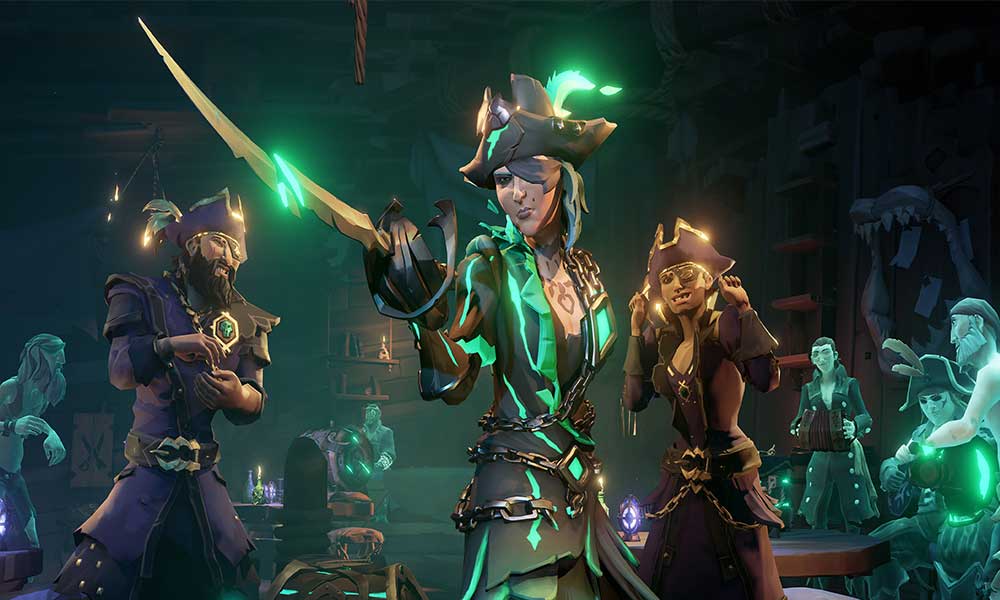 This is troubling players since it got released back in 2018 when it started with some tiny details to take extra few seconds to complete the texture loading. Then things got worse and almost every time the textures started getting long enough to load. The regular things or items in the game such as ship cosmetics, clothes, weapons, world objects, etc are included in this chaos. So, either the textures don’t load or take too much time for sure.

First of all, you should try changing the HDMI cable on the PC or console to the monitor/TV to check whether the connectivity glitch is causing the texture not loading issue or not. Sometimes changing an HDMI cable can easily fix display-related issues or in-game lags or even texture loading issues.

Make sure to disable the CPU or GPU overclocking on your PC to ensure there is no issue with the bottleneck because incompatibility conflict can easily trigger crashes, lags, slow loading of textures, and more. You should always try to use the default factory clock speed of both the processor and graphics card on the PC to get an optimal performance whatsoever.

It’s highly recommended to stop or pause the background download task on your gaming device whether you’re using a PC or an Xbox console. If your internet connection is giving you a limited data speed per second and one or more background downloads are running at the same time while gaming then the slow loading issue or slow texture loading issue may appear a lot. Don’t run downloads or installation processes in the background while playing games.

As this is a multiplayer online video game, the chances are high that somehow your internet connection is troubling you while the in-game resources are loading at their peak timing. That means when the in-game graphics or textures are higher to load, your poor or unstable internet connection is failing to perform. Make sure to contact your internet service provider for the same and increase the data speed or just upgrade the package.

If in case, you’re using the wireless (Wi-Fi) network then try using the wired (ethernet) network or vice versa to check whether the texture not loading issue is still bothering you or not. If you’re using the Wi-Fi network primarily then make sure to perform a power cycle on the Wi-Fi router to check if the problem has been fixed or not. Just power off the router > Unplug the power cable > Wait for a minute and then reconnect the power cable > Turn on the router.

You should try turning off the Nvidia ShadowPlay feature on the Nvidia GeForce Experience app to ensure there is no issue with the game texture loading. Nvidia ShadowPlay allows you to record and share high-quality video games, take screenshots, and perform live streams with your friends just like an overlay app. So, disabling it on the Windows PC may come in handy.

It’s also possible that the corrupted or outdated game cache data files on the computer or console may be troubling the in-game textures to load properly. So, you can delete the game cache data by following the steps below to fix the issue.

Several Sea of Thieves players has reported that rebooting the shader cache on the computer for the particular game did fix the lagging or texture slow loading issue up to some extent. To do so:

Such graphical issues may be caused due to NVIDIA’s DLSS feature. Make sure to turn it off in the Display section of the in-game settings menu to reduce graphical glitches or visibility issues, etc. However, if somehow the DLSS Mode isn’t visible in the menu, then you can modify the game’s .ini file by following the steps below:

Well, increasing the Field of View (FOV) will increase the FPS count drastically which will improve the graphical issues whatsoever. You can find out the Field of View option in the Sea of Thieves game settings menu. Just drag the slider according to the hardware performance to check which setting suits perfectly for your game. Meanwhile, you should also set other graphical settings to low or medium which may reduce graphical glitches or texture loading issues.

Now, your Sea of Thieves game textures and graphics quality should be improved a lot.

If none of the methods worked for you then you should verify and repair the files of the installed game via the Steam client to fix several issues. Sometimes corrupted or missing game files on the PC may trigger in-game crashes, lags, stutters, slow texture loading issues, and more. To do that: