Have you been on the lookout for some good QR Code scanning applications for your Android device? If that’s the case, you would love our article with some of the handpicked Top 5 QR Code Scanners for Android. Read on to learn more about such apps!

A QR Code is basically a two-dimensional matrix style barcode that was first designed for a local automobile manufacturer over 2 decades ago. Since then, it has become one of the most widespread forms of barcodes in modern world existence. You see QR Codes everywhere, inside manuals, on products, or even as link directors to websites or YouTube channels. They are a great way to store information and share them with others.

The biggest reason why QR Codes have grown to be so popular is that they can be readily scanned using our smartphones or other devices with cameras and it redirects the user to the destined website or location of the product. Most of the smartphones being released by feature-packed companies like Samsung, Huawei, or LG already have a built-in QR Scanner feature in the stock camera application. Most of the time, you can automatically trigger the QR Code Scanner simply by pointing your phone’s camera towards a QR Code, or some phones have a dedicated QR Code scanner mode in their camera modes. 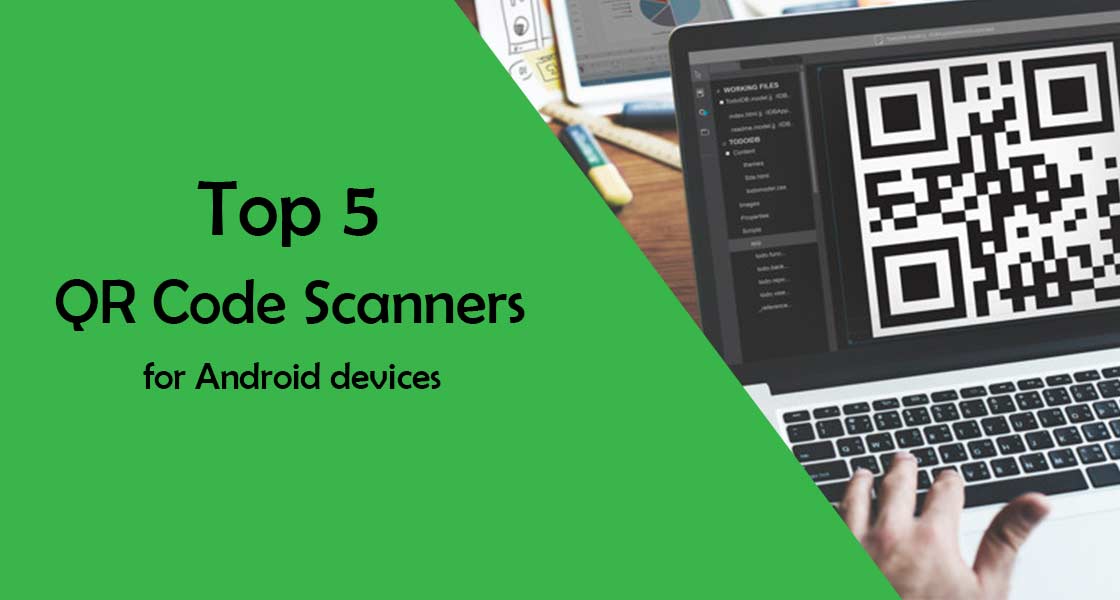 However, if your smartphone for some reason doesn’t have a QR Code scanner built in the stock camera application, worry not. There is a wide range of QR Code scanning applications available on the Google Play Store for your Android device. They serve the purpose well, and some of them even have advanced features like being able to create your own QR codes, or save the scanned codes later for use or sharing purposes. Whichever might be the case, you can read on to discover some of the best QR Code Scanners for Android devices available on the Google Play Store.

All of the apps mentioned below have been tried and tested by yours truly, and I recommend only those apps that provide a fulfilling user experience. As far as availability goes, most of the apps we’ve mentioned below are free, to begin with, but run on a freemium basis which means users can opt into buying the premium versions which unlocks a whole lot of other cool features. Overall, if you don’t plan on spending any money on a QR Code Scanner, you can still enjoy most of the listings here too! With that being said, let’s take a look at our top picks!

Our first mention of a good QR Code Scanner comes from Kaspersky. You may recognize Kaspersky from the anti-virus software that they make and distribute, and you’re absolutely correct about it. Turns out that they also offer a free QR Code reader and scanner app that’s available for both Android and iOS. You can easily and quickly scan any QR Codes you come across using this app, but what makes this unique is the built-in virus protection and anti-malware service that it has. Unlike most of the other QR Code Scanners, which automatically load up a link after you scan a code, Kaspersky’s QR Code reader first scans the internal elements of the link and only redirects you to a link if it’s safe. This is greatly useful for those who are always paranoid about getting their device affected and data were stolen. You can also quickly store any of the codes that you’ve scanned, and access them later using the “History” tab. The app also has a good user interface with easy-to-understand options. You can download the latest version of QR Code Reader and Scanner by Kasperky for your Android device by following the Google Play Store link given below :

Next up is a really feature-packed app that will probably suffice everyone out there with the need for a good QR Code scanner application. NeoReader is filled to the brim when it comes to the various kinds of codes that it can scan. With this app in hand, you can scan all kinds of codes including QR Codes, Barcodes, Data Matrix, Aztec, EAN, UPC, Code 39, Code 128, PDF 217, and many more. It also has features such as automatic scanning and capturing, so that you don’t have to manually tap a button when you see a QR code. The app also has a really powerful and rich scanning mechanism, and it doesn’t matter which alignment you scan your codes in, it is always almost instantaneous and flawless. NeoReader also allows you to create your own QR Codes and share them with your friends or family over platforms like WhatsApp, Facebook, or even email. The only drawback we feel is the super old user interface and design. While the app has all of the options up front, the design is seriously too aged, and we hope the targeted audience of this service really doesn’t mind. Apart from that, this app is really powerful when it comes to scanning all kinds of codes and matrices. You can download the latest version of NeoReader QR & Barcode Scanner for your Android device by following the Google Play Store link given below :

At our third place, we have a really simple and to-the-point QR Code scanning application. QR Code Reader by Scan is currently the most popular and most downloaded QR code scanner for Android devices, exceeding 50 million downloads on the Google Play Store. The reason behind it isn’t that it has a ton of features, on the contrary, it is a really basic scanning application with no additional features that might make it appealing. The real reason as to why this is the most popular QR code scanner for Android devices is because of its simplicity in design and a small package when it comes to the amount of storage it takes. The app can automatically scan a QR code when it sees one, so you don’t have to manually tap a button whenever you want to scan a code. On top of that, the app can also scan traditional barcodes. Apart from these two features, this app doesn’t really offer much. However, if you want an app that just works, we highly recommend this one. You can download the latest version of QR Code Reader by Scan for your Android device by following the Google Play Store link given below :

At the fourth place, we have yet another app that just gives the user what they want. QR & Barcode Scanner is a simple app distributed by Gamma Play that scans your QR Codes for you. All you need to do is point your phone’s camera at a QR or Barcode, and the app will automatically scan it, and also redirect you to the link that the code follows. This is great for those who dislike having to manually tap a button to scan a code whenever they see one. We’re talking about this QR scanner on this list only as an alternative to the one made by Scan that we’ve discussed before. Both these apps are really similar and get the work done just fine. You can even scan contacts, WiFi, and more and then save them for later on your Android device itself. You can download the latest version of QR & Barcode Scanner by Gamma Play for your Android device by following the Google Play Store link given below :

Our next pick for some of the best QR Scanners for Android is QR Droid. It is one of the most aesthetically pleasing apps on this list, thanks to its fluid user interface and clean experience. It follows Google’s Material Design and is a pleasure to use. When it comes to features, this app only comes next to NeoReader’s QR Code scanner. You can scan all kinds of codes using QR Droid and store them for further reference as well. What makes this unique is how updated the app always is. You can link this app to your Google Drive account, and enable sync, this makes sure you never lose any of your important scans while migrating between devices. The app also has a powerful sorting feature that you can use to organize all of your scanned items. QR Droid also lets you convert the contents on your phone into QR Codes that you can share around with friends or family. While the app automatically scans and opens the directed links for you, it still doesn’t compromise on security as it always scans for any threats or viruses and avoids the links that may be suspicious. Overall, we feel QR Droid is an all-in-one offering to those who scan QR Codes regularly and want to have a record of whatever they do a scan. You can download the latest version of QR Droid for your Android device by following the Google Play Store link given below :

The last mention on this list just so happens to be one of my favorite QR Code readers available for Android devices. This scanner developed by an enthusiastic team of developers is honestly all you need to satisfy your QR needs.

The app is extremely lightweight and has a very simple yet modern design. Easily the best part about using this QR reader as opposed to the other ones on this list is the fact that you get absolutely no ads while using the service.

The app allows you to quickly scan any QR or barcodes and search for them on Google, DuckDuckGo, or other search engines. You can view your scan history and can even use the dark mode to make the app a bit easier on your eyes. Overall, with a polished and fresh design with no distracting advertisements, we highly recommend this QR code scanner to everyone!

That’s all folks! We hope you enjoyed our roundup of some of the Best QR Code Scanners for Android devices! Which one among the list is your favorite, and how many of these file-sharing apps have you already known or have been using? Know other good Android QR Code Scanners that you feel people might find interesting? Do let us know in the comments section below, we’d be delighted to hear from you guys!