All three Battlefield 2042, Far Cry 6, and Deathloop titles are first-person shooter video games from different genres and developers that are available for Windows as well as other console platforms too. As Microsoft releases Windows 11 OS officially and it’s all set to roll out widely by the end of 2021, plenty of interested or existing players are interested to know that Will Battlefield 2042, Far Cry 6, or Deathloop Work on Windows 11?

Well, this could be a great mystery or you can say one of the heated debates among the PC gaming community because all three mentioned titles are relatively new in the market. Although PC users are currently playing these titles on Windows 10 which is quite stable and doesn’t have compatibility issues at all, the newly released Windows 11 compatibility awareness isn’t known by all yet. 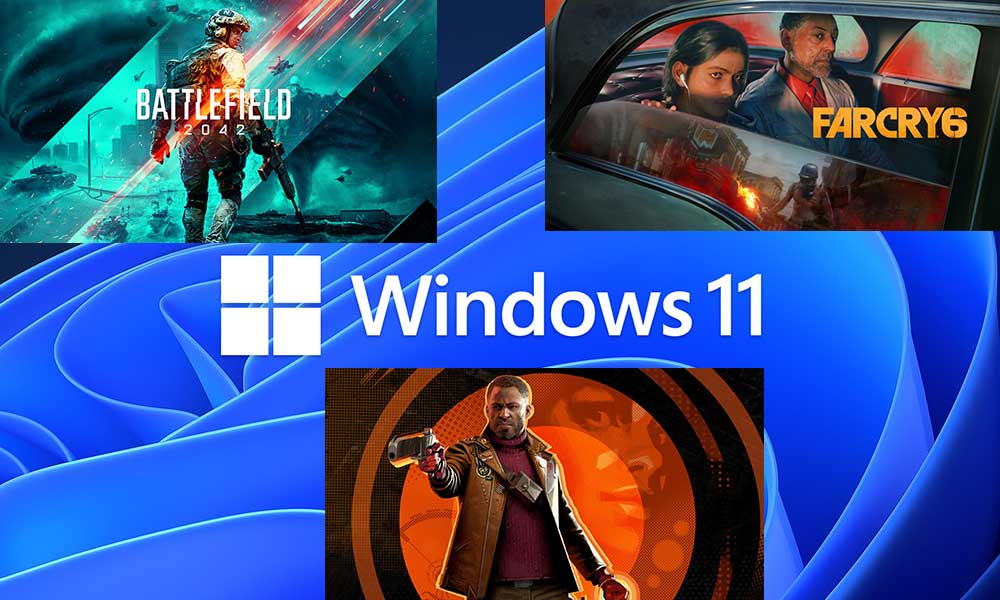 During the launch event of Windows 11 OS, Microsoft was pretty sure to announce that Windows 11 OS will not only support Android apps & games directly on the PC without any major use of emulators but also improve the PC gameplay or support the latest titles whatsoever. Now, if you’re slightly worried about the Windows 11 compatibility with Deathloop, or Battlefield 2042, or Far Cry 6, then read the details below.

The good news is that you can play all three mentioned titles on your Windows 11 Beta or Stable build seamlessly without any compatibility issues at all. Whereas plenty of other players or EA community users are also suggesting that Windows 11 is more or less just the upgraded version of Win10 that will definitely gonna support all the latest titles from such popular franchises or developers.

Meanwhile, Nvidia releases Windows 11 driver with DLSS (Deep Learning Super Sampling) support for more than 100 games so that those titles will help to achieve smoother frame rates in the gameplay without any noticeable compromise in the graphics quality. Additionally, Nvidia has also released DLAA (Deep Learning Anti-Aliasing) AI-based anti-aliasing mode for specific games as of now and will come for more games later.

According to Nvidia, the new DLAA feature will boost the image quality rather than performance, unlike the DLSS functionality. So, both the performance and graphics quality balance will be maintained properly. If you’re already using Windows 11 and the Nvidia graphics card then you can grab the latest driver (472.12) directly from Nvidia’s website here.

Talking about the specific Battlefield 2042 and Far Cry 6 title players on the Windows 11 PC, it seems that the latest OS is capable of boosting the performance quite drastically if you’re coming from Win10. AMD recently released a new Adrenalin 21.10.1 driver which is already tuned for Windows 11 and users will be able to get a great performance boost in Far Cry 6 on Win11 than Windows 10.

However, it’s worth mentioning that the driver support or performance improvement will also depend on your GPU and other hardware specs whatsoever. Therefore, if you’re planning to purchase any of the mentioned titles for your PC then make sure to cross-check the system requirements properly before jumping into it.

According to Microsoft, if you do have a G-SYNC HDR-compatible monitor then you can get improved SDR games with the Microsoft AutoHDR artificial intelligence algorithm on Windows 11 out of the box.

So, coming to the summary, you won’t find any sort of issues related to the Windows 11 compatibility with most of the older and newer video game titles whatsoever. Whereas we’re also expecting that the game developers and Microsoft will try to improve the compatibility & stability much better in the near future because Microsoft has mentioned that they’ll provide support to Windows 10 till 2025 officially. So, we have some time as of now.