Microsoft has been released the next-gen Windows 11 OS in the last month of October 2021 and plenty of Win10 users are already upgraded to Win11 recently. It brings tons of new features, system improvements, a major visual enhancement than the Win10 OS. Now, the Win11 OS looks more dynamic, colorful, and close to macOS in some scenarios. But somehow users are reporting that after Windows 11 update, the Snipping Tool is not working.

It’s quite frustrating for Windows 11 users because the Snipping Tool works as a screenshot tool that can be used on the PC anywhere and anytime. However, Microsoft did mention that affected users can use Print Screen Tool on their keyboard and paste the captured screenshot directly on the document wherever they want. But that didn’t come in handy to most users who want it to use in several ways.

As one of the Microsoft Windows applications or programs (default), the chances are quite high that somehow the Snipping Tool doesn’t load properly or can’t open in some cases. Meanwhile, several reports are also coming out that the Snipping Tool isn’t working for some affected Windows 11 users which is another major issue apart from crashing or glitches. So, if you’re also one of the victims then make sure to follow this troubleshooting guide completely. 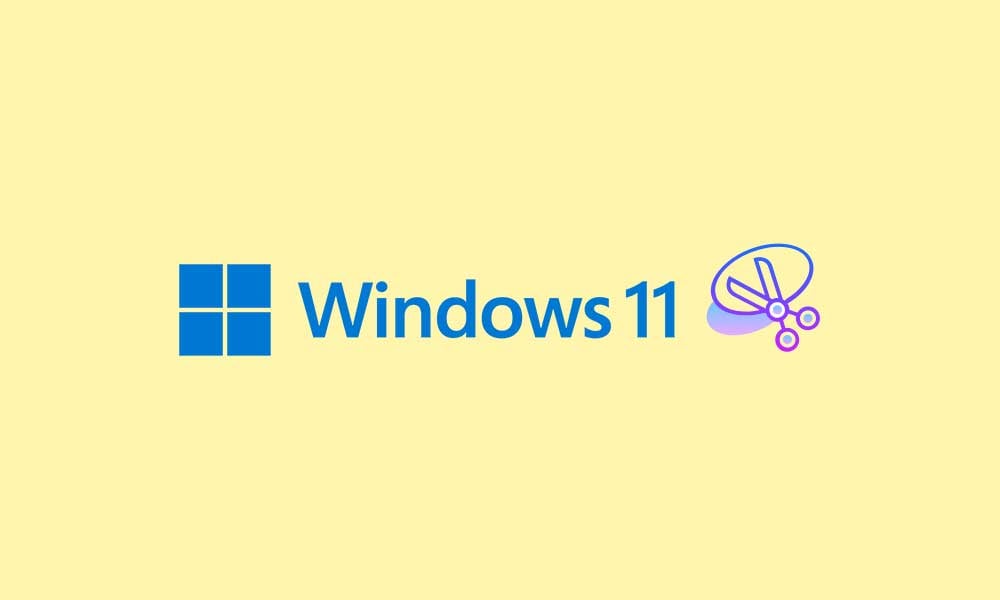 It seems that an expired digital certificate has been expired recently on Windows 11 that eventually causing such an issue related to the Snipping Tool. It’s worth mentioning that Microsoft is aware of this issue and has already offered an official fix (update) for it. According to the reports on Microsoft’s Community Forums, pressing the Windows + Shift + S keys doesn’t open the Snipping Tool on Windows 11 which is a major issue or bug.

It basically throws out an error notice “This app can’t open. A problem with Windows is preventing Screen Snipping from opening. Refreshing your PC might help fix it.” This particular issue is happening after upgrading to Windows 11, according to plenty of users. Even though the system is up-to-date, apps are up-to-date, tried running the troubleshooter, resetting/repairing/reinstalling the Snipping Tool app didn’t come in handy in most scenarios.

We found a possible workaround for such an issue on Microsoft’s Community Forum. As per the best answer found on the forum, it seems that manually installing the Markup Hero app on the Windows 11 computer has been fixed the Snipping Tool not working issue for some users.

As we’ve mentioned above, Microsoft did quickly update the Windows 11 Health Dashboard website that basically explains the problem with the Microsoft Digital Certificate, which has been expired on October 31, 2021. This issue isn’t only affecting the Snipping Tool app but also some other elements such as Touch Keyboard, Voice Typing, Emoji Panel, Input Method Editor User Interface (IME UI), Get started app, Tips app, etc.

According to Microsoft, the particular problem has already been addressed by pushing out the KB5008295-November 5, 2021 patch update to the Windows 11 users. So, if in case, you haven’t updated your Windows 11 OS to its latest build or didn’t install the latest patch update yet, then make sure to follow the steps below:

However, if updating the system didn’t work for you, then try following some other possible workarounds mentioned below.

How to Fix Runtime Error in Windows 11

Make sure to allow the background running apps permissions on your Windows 11 computer to check whether the Snipping Tool not working issue has been fixed or not. To do this:

Try restarting the Snipping Tool on your Windows 11 computer to check if the problem has been fixed or not. To do that:

5. Repair or Reset the app

Try repairing or performing a factory reset of the Snipping Tool app directly from the Windows Settings menu. To do this: