Exos Heroes is an RPG and free-to-play available for Android and iOS devices. It has become popular nowadays and is played by over 1 million players all over the world. Exos Heroes has nearly 250+ characters, and each character has unique skills and strategic designs. So it gets a little difficult to choose the best heroes, so we have curated a best Exos Heroes tier list to help you make your decision.

Since there are many characters, some players cant decide which character to choose. This tier list is very much recommended to new players to get a grip over the game. In this article, let’s talk about the Best Exos Heroes tier list and their Role and type. 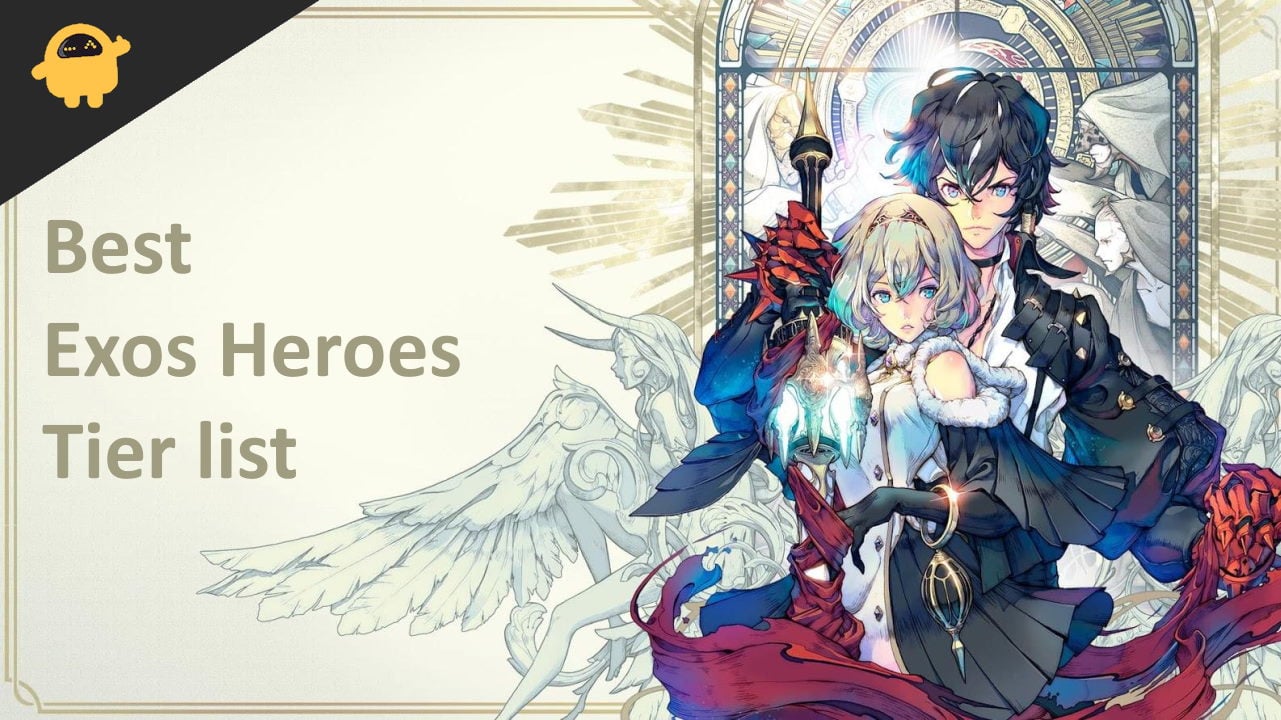 Exos Heroes Developers add new Heroes now and then. This Tier List is the updated tier list, and the tiers are based on my experience with the game. So, Without any further ado, Let’s Dive in: 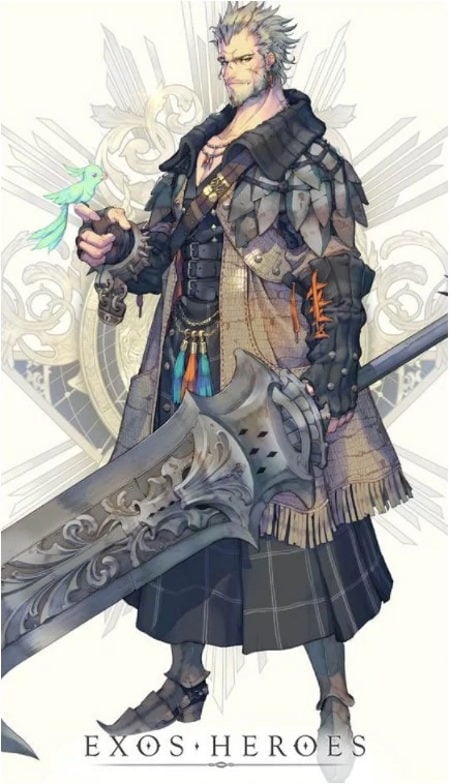 Due to his demanding job, he is already well beyond his average retirement age, but he is still one of the finest in the domain.

Schmid discerned Zeon’s talent and made him his adherent when he encountered Zeon near death in a quagmire. To Zeon, Schmid is a lifesaver and a guru who entirely ingrained all the basics of hunters. But the wound Zeon suffered was too significant. Schmid was also not a man who was caring enough to ease his wounds. Inevitably, Zeon was raised to be a hunter who only entrusted himself early. In the eyes of Schmid, what Zeon required was unique experiences with more people.

Schmid secretly prepared to part ways with his student when Zeon’s level was on track. Money, food, and weapons that even a child could loot. After a stretch, as anticipated, Zeon set off to the world as Schmid had hoped for.

Since then, Schmid often confirmed Zeon’s position through rumours. He thought hearing information about him was sufficient because he could find him at choice. However, when Schmid eventually reunited with Zeon, he was not in his envisioned state. Feeling accountable for what had happened to Zeon, Schmid chose to step in and rectify his misstep.

Attacks:
1. Basic Attack – Deals 507 – 610 Physical damage.
2. Counter 3 – Torments target with Prey mark when the skill hits. Grants turn reset for the partners except the caster having Master’s Footsteps when the allied attack an enemy marked with Prey (can be activated one time per hero for each round).
3. Gray Storm Sword – [All] Deals 178% damage to all enemies
4. Grand Master Cross – [Single] Deals 1050% damage to 1 enemy. 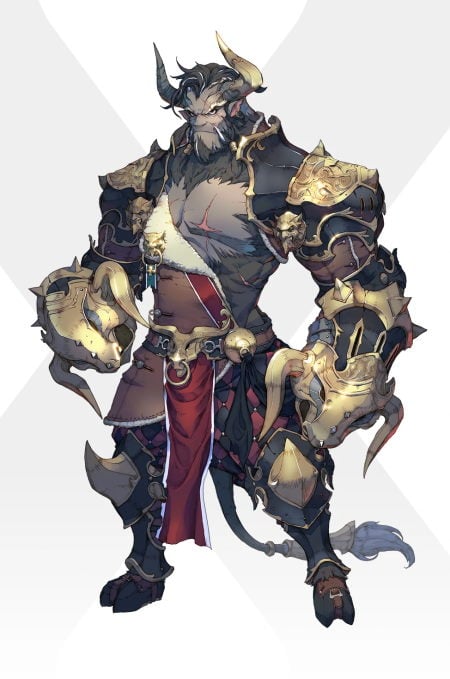 Brook was head of Dark Souls consisting of 12 supreme knights under the direct control of shufraken. He is called the most muscular man in North von Frosty due to his fit and healthy body.

Fighting is something brook loved more than anything else in this world. He was called a contentious dog due to his ultimate love of fighting. He used to be repeatedly transferred to various places for his unique fighting skills. Brook ultimately took part in a suicidal task against Bronn. No one anticipated him to succeed, but Brook made it out alive.

Due to this mission, he was heavily damaged and became powerless. The only thing he waited for was death. Shufraken saved brook and more days to his life. Brook was grateful to shufraken for saving his life. That was when brook gained colossal confidence and started a new life.

He started fighting at the front of the battlefield, and soon others began viewing brook with fear and admiration. Soon he was called the most muscular man in the Northvon Frosty. 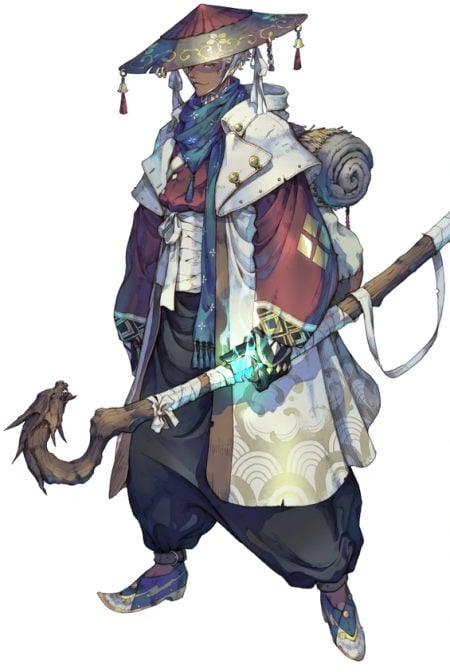 Rudley comes as the third best Exos Heroes Tier list and belongs to the fated tier and is the third son of a stubborn father and a tender mother. Rudley’s family had many expectations for him as he had shown great interest in swordsmanship at his younger age.

Due to his excellent fighting skills, Rudley was quickly promoted after joining the Royal guard. Some men followed and worshipped him for his fantastic personality and exceptional skills. Soon, he became the captain of the guard at a very young age.

He was called the best knight in lenombe and received many marriage proposals even though he was the third son. Rudley sweetly refused all the marriage proposals and continued to protect the emperor and the nation for the rest of his life.

1. Basic attack – Deals 566 – 668 Physical damage.
2. The Living Shall Perish – [Single] Deals 100% damage to 1 enemy. [Debuff] Torments target with Silence for five turns. After five turns, it afflicts Prey with The Living Shall Perish, which imposes damage equal to 100% of its current Health.
3. Decisive Strike Diety – [All] Deals 255% damage to all enemies. [All] When the attack hits, it will improve the Health of all allies by 22% of their own total Health and the Defense of all partners by 21% of their Defense.

4. Counter 3 – [Vanguard]If marked with a Command mark, grants a barrier to self and an ally with the lowest Health when a skill strikes an enemy. 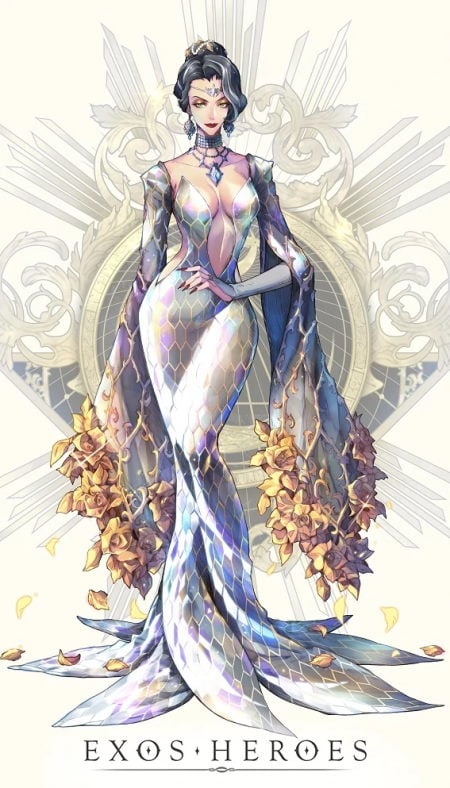 Fc Carrie is the daughter of Brunn Patriarch, and she is the First queen of saint west. The people of this nation are nomads and are made to pillage nearby nations to protect themselves from harsh winters.

The warriors of the Brunn barely survived by drinking water from the morning dews off leaves. It’s not like they don’t have enough natural resources, but they lacked warriors who would protect these resources despite having enough.

Carrie’s 18th birthday was a day that all the people of the Saint West would remember forever as on that day, she gathered tribal leaders and asked them to ally with Saint West. To prove that she was determined to ally, she promised to marry someone from the royal family. She was ready to sacrifice herself. All the warriors of Brunn were so proud of her for this decision and showed massive respect for her.

The King of Saint West, John Donk, was also tempted by how Carrie did not lose her conviction while visiting an adversary country with her proposal. In return for his hospitality, Carrie furthermore opened up her heart to John Donk, and they were ultimately able to find harmony between the two countries.

1. Basic Attack – Deals 525-632 damage
2. Thornd of Havoc – [All] Deals 95% damage to all opponents. [Special] Torments the target with Nullify Heal for 14 turn(s) (can’t be removed).
3. Noble Rose Active – [Single] Deals 750% damage to one opponent.
4. Mana Utilization 3 – Torments the target with a minor Attack than self with a Bramble mark at the beginning of the fight and decreases Health Regeneration of all opponents by 20% for each Bramble mark on all enemies. 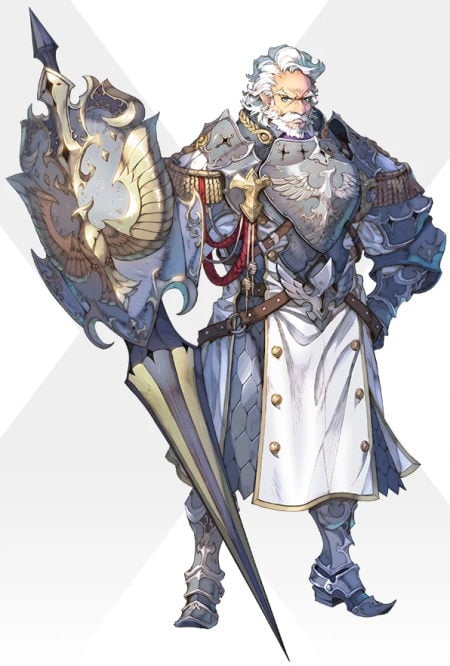 Garff is the First of the Five Greatest Generals of Saint West. He was born a commoner, but his interest in the war was infinity, and he always dreamed of becoming a general. He used to study strategies written by great commanders. With his skillsets and powers, we can rank him as number fifth in our best Exos Heroes tier list.

Soon, He hit the age when he could join the army. His abilities and determination towards his work were exceptional, and he earned great respect. Valarr, who had taken an inquisitiveness in Garff, suggested him for the knighthood.

As Garff dreamed, he became a general at a very young age after defeating Valrr in a jousting competition and gaining the King’s favor. He got the name First of the Five Greatest generals because of the war against Bronn.

Sadly, the King was killed in a revolt by Carrie, and the capital fell. 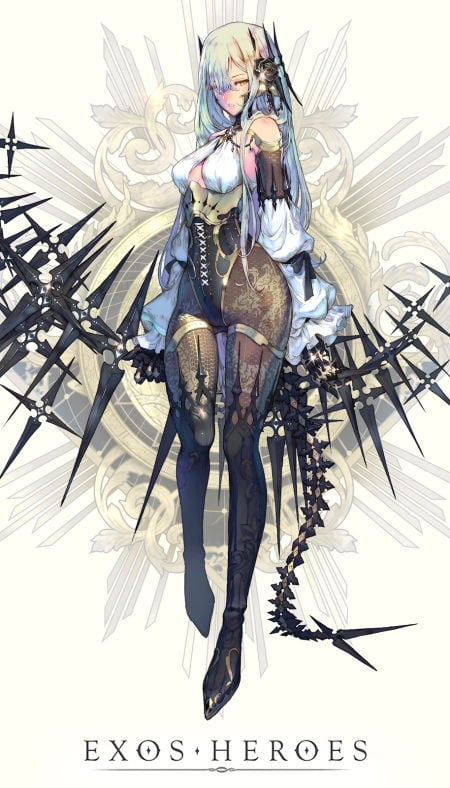 She is the one who made Neomi one of the greatest chiefs, even though Neomi lacked political skills. No one, including Neomi, knows Dorka’s past, and it is complete secrecy.

This is an excellent opportunity for Neomi to add Dorka to her army as Neomi is new chief, and she doesn’t know a lot about how these things work.

Dorka had an equivalent skill level to kylock, well-known in Brunn. The presence of Kylock, which everyone avoids, has further crystallized her place. Dorka, along with Kylock, has a vital role as Neomi’s sword and shield. 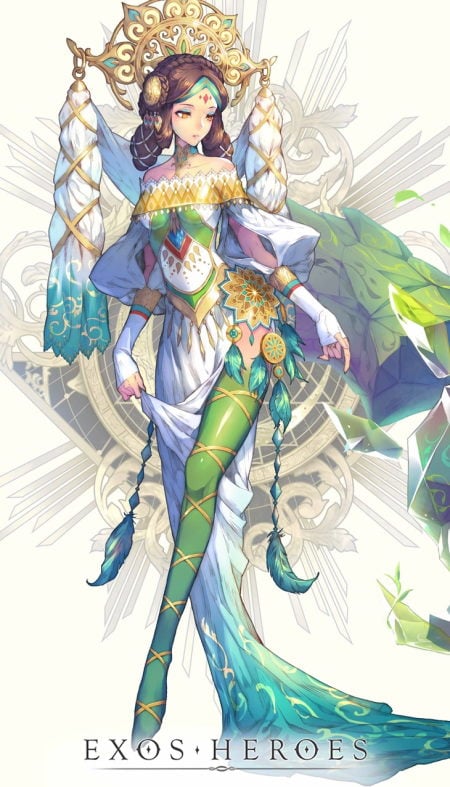 Talia is a fortune teller from Bronn and a good friend of Iris. She has beautiful brown hair and red eyes too. She can see things others cannot see, but she is calm and doesn’t cry if things dwell upon her.

No one believed Talia was a fortune teller because no one knew anything about her. Her words turned out to be true when Bronn’s patriarch raided the territory of North von Frosty, a hostile nation, and struck the traffickers to protect Talia.

She then escorted Iris to a group of people marching to Bronn’s capital while lecturing about magic and witchcraft. When Iris was in jail, Talia helped her to escape and informed her of the power of the ancient Dragon Clan.

Only she knows the reason why she is assisting Iris, who is a foreigner.

These are the best characters in Exos Heroes tier list, and now you know which Hero to pick in your next game. If you have any other queries related to the list, please feel free to comment down below. If you think any other hero is missing from the list, share the character name in the comments below.