Talking about the specs, Samsung Galaxy C9 Pro features a 6.0-inches Super AMOLED touchscreen with a resolution of1080 x 1920 pixels. It is powered by Qualcomm MSM8976 Snapdragon 653 processor coupled with 6GB of RAM and 64GB internal memory. Samsung Galaxy C9 Pro Sports a 16MP primary camera and 16MP front shooting camera. It is backed by a Non-removable 4000 mAh battery. 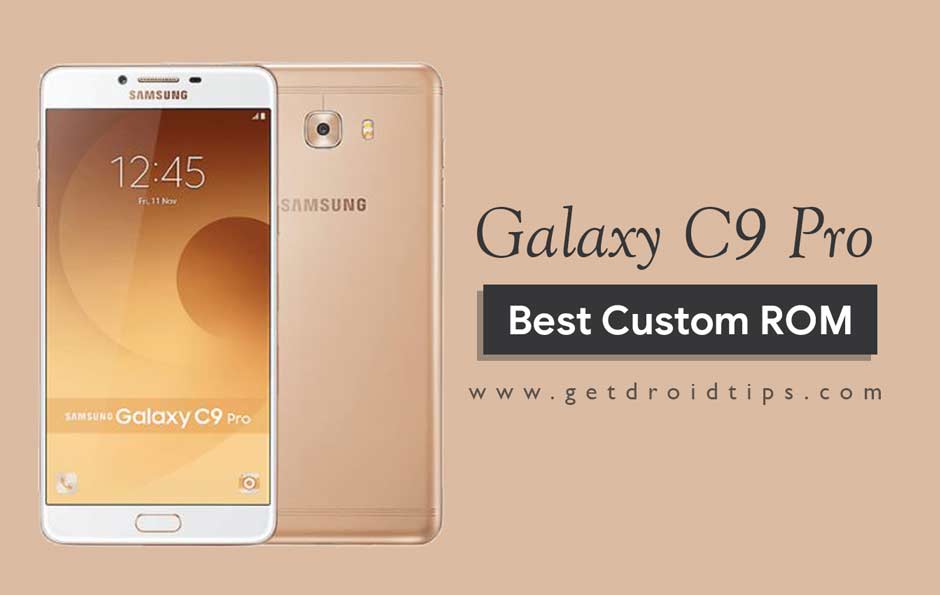 Lineage OS is one of the best custom ROM for any Android smartphone. Lineage ROM for Samsung Galaxy C9 Pro comes with a lot of features such as Customizable Status bar, Theme, Resizing Nav bar, Nav Bar color, and customization, Quick Toggle feature, and more other features.

You can follow the link to Install Lineage OS for Samsung Galaxy C9 Pro device.

Check Out the List of Supported devices to receive AICP OS

ROM brings the real Google Pixel experience on Samsung Galaxy C9 Pro. It has all the features and applications which comes out of the box with Google Pixel smartphone. Now you can experience the real Pixel Smartphone with this ROM.

MIUI is the latest iteration of MIUI ROM developed by Xiaomi company. It is also used in many devices as a custom ROM. It is developed based on Android Operating system. The ROM comes with many features such as Theme support, Customization of Status bar, Mi Launcher without app drawer, and many other features.

That’s it! I hope you have installed the Custom ROM for Samsung Galaxy C9 Pro. Leave a comment or feedback down below. Thank you!.

I hope this guide was helpful to find the Best Custom ROM for Samsung Galaxy C9 Pro which is suitable for you.

Want to revert back to Stock ROM, Check out this tutorial on How to Install Stock ROM on Samsung Galaxy C9 Pro