In this article, we will check out the steps to fix the Escape from Tarkov Error 521. The massive indie online multiplayer game is set in Northern Russia where a war has started between two privately-owned military companies. The fight is over A Special Economic Zone. You as a player have to either join any of these private companies or head over to the sealed areas and acquire as many precious loots as you can. The game supports online, offline, and scat raids (more commonly known as scavengers) mode. All these are quite interesting and enjoyable for users.

But what they don’t enjoy is the fact that they are greeted with an error or two. In recent times many users are reportedly facing the Escape from Tarkov’s Error 521. Once faced with this error, you won’t even be able to connect to the game. But why does this error happen in the first place, and how could it be fixed? Well, in this guide we will be answering all this. So without wasting much time, let’s check out the steps to fix the Escape from Tarkov’s Error 521. 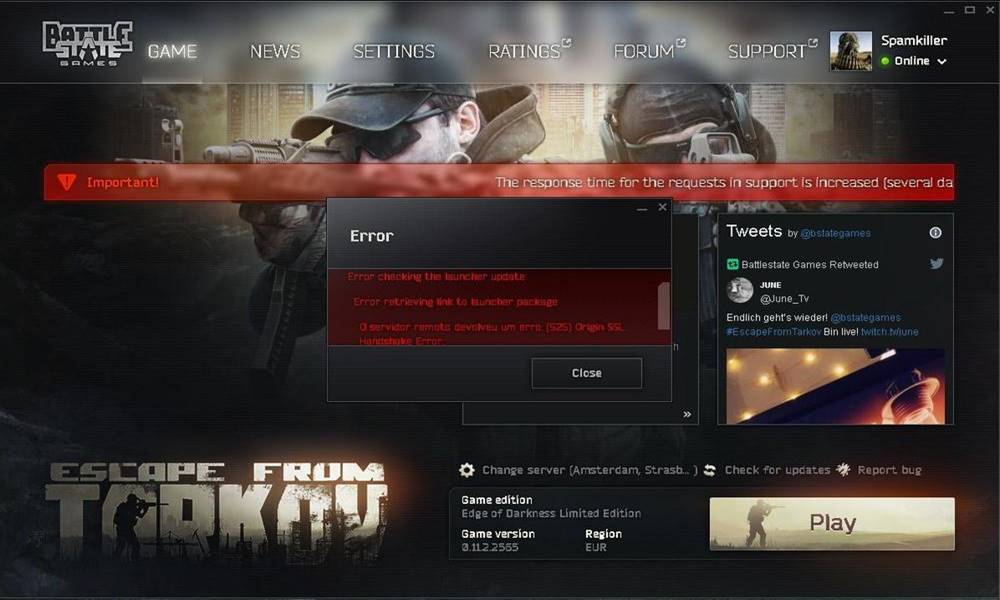 How to Fix Escape from Tarkov’s Error 521

Across many online forums, even on the game’s official ones, many users have voiced their concern over the said issue. For example, users are saying that on launching the game they are being greeted with the following error message: 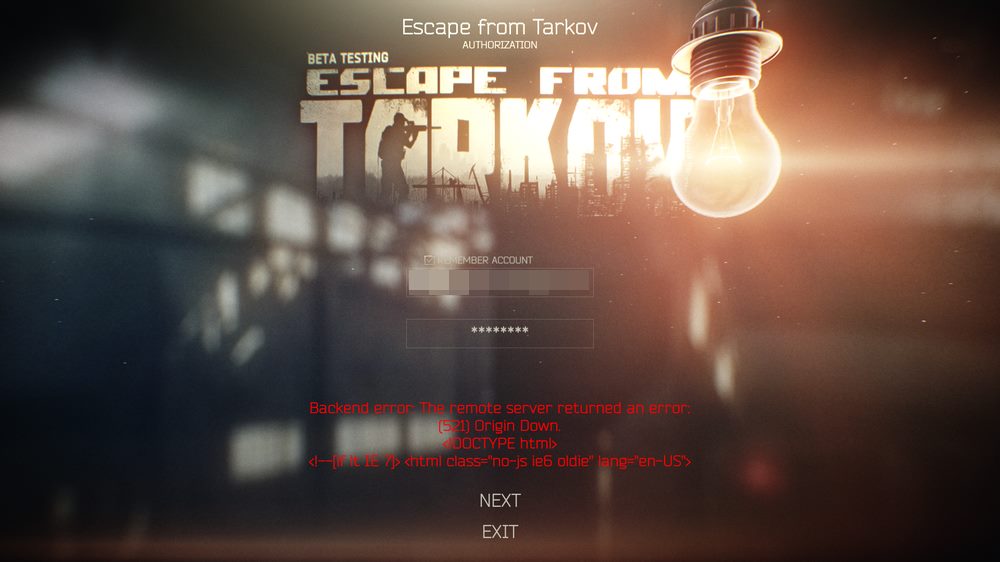 On the other hand, we are also seeing users facing a similar issue when they are trying to sign in to the launcher. The error, in that case, is also quite similar, that is:

The remote server returned an error:(521) Origin Down. ERROR: ProtocolError.

So what exactly is the issue and why are users facing the same? Well, we regularly cover guides listing out the steps to fix various in-game issues. The solution generally ranges from updating the graphics card to re-installing the game. However, al these might not work out in this case. Why? Because the error isn’t from the user side, but rather it stems out as a server-side issue. Well, this is what the official Twitter handle of the Battlestate Game has to stay regarding this issue:

At the moment, access to the game may be difficult or absent due to problems of our host provider. We are taking all necessary measures to stabilize the situation.
Source: Twitter

So it is quite evident from the above tweet as well, that the problem is due to some issues with the hosting provider. Well, then what could you, as a user, do in such cases? There’s only one solution for this: wait. Although it might sound strange, apart from playing the waiting game, there’s isn’t much on your hands as of now. Wait for a few hours and then try launching the game, check if the Escape from Tarkov’s Error 521 has been fixed or not. But who likes the waiting game? Well, quite frankly no one. So during the time you wait for the BattleGame’ server to be up and running again, you could check out our guide on the Best Battle Royale Games for PC, Gaming Consoles, Android and iPhone.

Best Reserve Keys in Escape from Tarkov and Their Locations

So with that, we conclude the guide on how to fix the Escape from Tarkov’s Error 521. If you think that a considerable amount of time has passed and still there’s isn’t any good news insight, head over to the Escape from Tarkarov forum and ask for the stipulated time for the server to be live again. And while waiting for the reply, head over to our iPhone Tips and Tricks, PC tips and tricks, and Android Tips and Trick and check out some of the best guides on the said topics.

Escape from Tarkov Stuck on Leaving the Game Error – Is there a fix?