Genshin Impact from miHoYo was the top-grossing mobile games worldwide in Q4 2020 because people love action role-playing video games with such graphics and gameplay. Meanwhile, the gaming controls, narratives, sound effects, etc have a serious impact for sure. Now, some of the players are reporting that they’re experiencing Genshin Impact Error Code 4201 while connecting to the server.

This particular issue may happen across all platforms that throw out an error message “Failed to connect to the server. Error code: 4201”. It mostly appears whenever there is a Genshin Impact server downtime or outage happening in the background. Meanwhile, this error can also appear while trying to log into the game which is unexpected and frustrating too.

Sometimes the Error Code 4201 also indicates you to check your network settings in the error message. Here we’ve shared a couple of possible workarounds that should help you out of this error completely. So, without further ado, let’s jump into it. 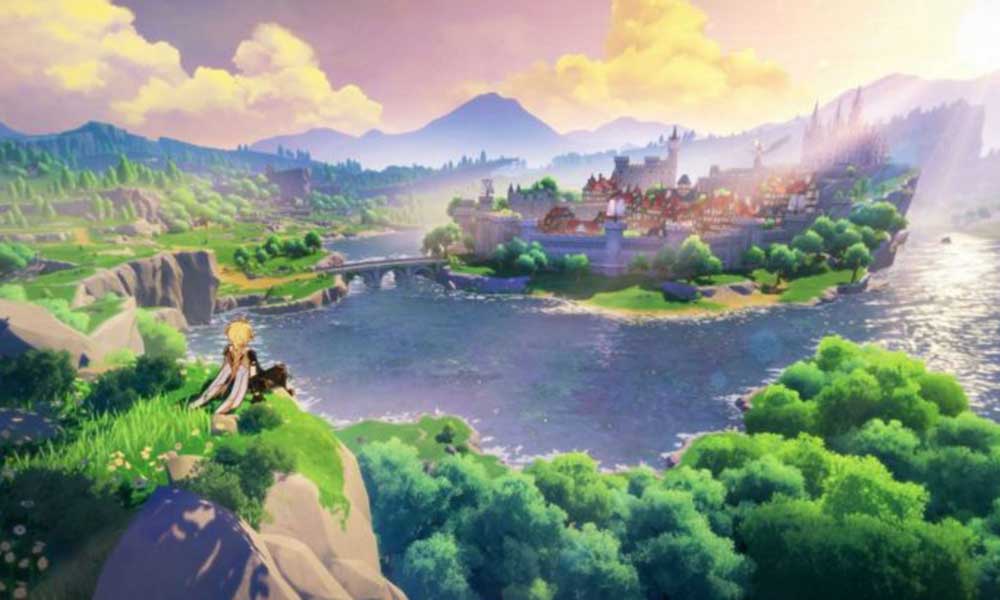 It’s highly possible that your Genshin Impact Servers are either down or going through a scheduled maintenance process at that time. So, if you’re one of the victims, make sure to visit the third-party Down Detector Genshin Impact Status webpage to cross-check whether there is a major outage or not.

It’ll let you know about the most reported problems, last 24 hours details, live outage map, and more. So, if there is actually a server downtime or outage happening, just keep waiting for a couple of hours or so until the servers get back operational again. Sometimes it may take a couple of days as well depending on the selected regions or technical issues. 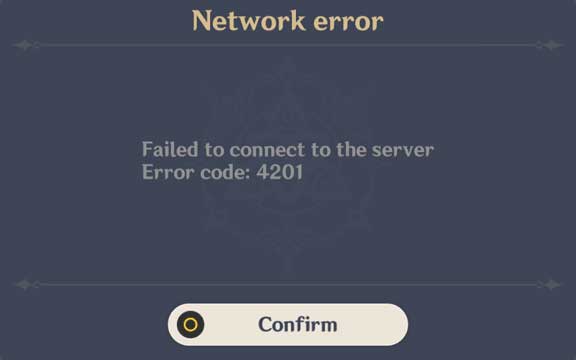 VPN (Virtual Private Network) seems to be one of the useful options while connecting to the game servers rather than using your personal IP address. Sometimes it may also possible that using a VPN service offers you a faster internet speed and a better reliable connection depending on the game server location.

If in case, your VPN is selected to a country that’s far away from your location then your game will start lagging a lot due to ping delay. For example, if your region is in Asia, make sure to connect to the VPN among Asian countries for better input. We can expect that you should now be able to fix Genshin Impact Error Code 4201.

As it turns out to be one of the most major issues for online video games because the slower or unstable internet connection can easily ruin the gameplay experience. Mostly can’t connect to the servers problem start appearing due to network connections. If you’re using a Wi-Fi connection, try switching to wired (ethernet) connection or vice-versa in order to cross-check the reason.

If your internet data is limited or the bandwidth is lesser, you should try increasing the plan.

5. Run The Game As Administrator

If you’re constantly receiving the Genshin Impact Error Code 4201 on your PC then make sure to run the game’s executable file as an administrator to give it all permissions. To do so:

If none of the methods worked for you, try using the same old-school method of uninstalling and reinstalling the Genshin Impact game on your device whether you’re using PC or mobile or even console. Please keep in mind that players have to remember the login credentials of their account to recover the progress data easily.

Meanwhile, as an affected player, you should have to wait until developers release a hotfix update for this issue. There is nothing to do extra from your side if the problem is happening due to the server-side.

That’s it, guys. We assume you’ve found this guide helpful. Let us know in the comment below for any queries.