Although Vizio TVs are well optimized for the enhanced image quality and they’re well priced too, some Vizio TV users are experiencing the Black Screen of Death issue quite often. It seems that users are having the black screen of death issue due to the hardware-related causes in most scenarios. While it may also happen that there are some issues with the software or power sourcing to the Vizio TV.

Sometimes your Vizio TV may get a black screen if it can’t access a streaming service or internet app. Vizio TVs don’t have that premium feel unlike other popular brands right now in the market but they do offer great value for money products. However, some users are complaining about their laggy operating system and plenty of bugs too that may cause several issues with the user experience whatsoever.

How to Mirror iPhone to a Vizio TV

Fix: Vizio Soundbar Not Working on Samsung, LG, Sony, Hisense or Any Other Smart TV

How To Install 3rd Party Apps on Vizio Smart TV

How to Fix Vizio TV Black Screen of Death

A TV may have one or more power supply boards and some other internal components out of the box so the chances are high that there is a failure in one of the power supply boards, unfortunately. You should try following all the mentioned workarounds below that can help you to fix such an issue. 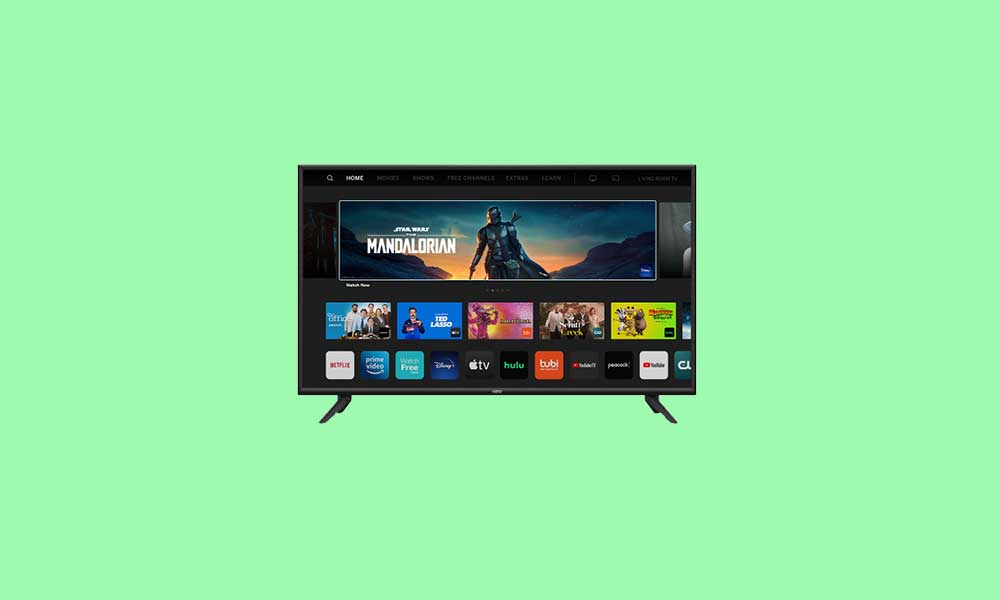 Before heading over to any conclusion, it’s always recommended to perform a couple of manual tests on the TV by yourself to ensure that your TV isn’t dead completely. Make sure that the volume level on your TV is turned up high.

2. Do a Flashlight Test

If in case, you’re getting sound from the Vizio TV but there is no image at all that means either the display panel is gone or any of the screen components are damaged internally. So, you should now use the flashlight test by following the steps below to get into the actual issue.

In that scenario, just skip other methods, and directly contact Vizio or rush to your nearest TV repairing professional for further assistance.

Vizio Smart TV Keeps Turning Off and On, How to Fix?

It may also be possible that there is an issue with the power and connectivity with your Vizio TV. Ensure that there are no loose connections with the power cable or power outlet whatsoever. You can also perform a hard reset of the Vizio TV by following the steps below:

4. Replace the Power Board

Well, you should also try replacing the power board depending on the model number can be difficult enough for some users. But it’s also recommended to do so if other possibilities don’t work for you. Make sure to follow the steps below.

If in case, none of the above methods didn’t work for you, and somehow the inverter board or any other critical component has some issues then you’ll need to repair or replace it as early as possible. Therefore, you should contact Vizio Technical Support for further assistance, and if your Vizio TV is still under warranty then it’ll be easier for you to ask for a replacement.