It’s always great to sit on the couch and watch Netflix shows after a long day at work. The streaming platform has a huge library of content in all genres. So, you will never be short of new content. Although Netflix is a great streaming platform, it does not always work smoothly. Samsung Frame TV users have reported that the Netflix app is not working. Some say that the app shows a black screen when opened. Are you also facing the same issue with Netflix on your Samsung TV? Read this article to learn about the steps you need to perform to fix the issue. 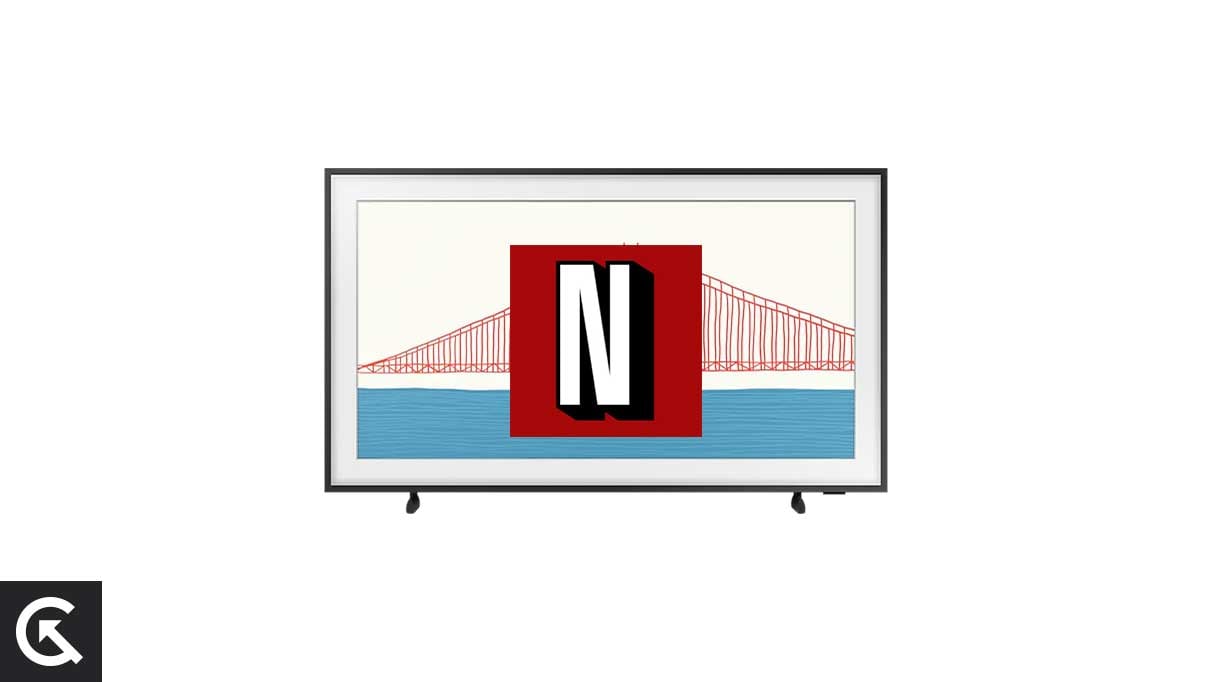 If your Samsung Frame TV can’t run the Netflix app, it does not mean a problem with your TV. While it can be, the possible reasons also include the app crashing, a bad internet connection, a software bug, or a system glitch. The Netflix app itself may have an issue or be under maintenance.

Below, you can find a curated list of solutions to fix the Netflix not working issue on your Samsung Frame TV.

How to Fix: Samsung Frame TV Netflix Not Working or Black Screen Issue?

Try the solutions we’ve mentioned in this article, and hopefully, one of them will do the job. After applying a fix, check if the problem is fixed. Let’s now jump into the list of solutions.

Netflix may be unavailable on your Samsung Frame TV due to an outage. The problem also surfaces when the streaming service goes under maintenance. To check the current status of Netflix’s servers, visit this official page. Or, check out a third-party website such as DownDetector.com to know if other users are also facing problems using Netflix.

If the Netflix servers are down for any reason, all you can do is wait until the engineers fix it. Try using Netflix after an hour.

Alternatively, you can use the Netflix app or website on your phone or computer to check if the servers are facing any problems. You should apply other solutions to fix the issue if it works fine on other devices.

Fix: Samsung Frame TV Audio Delay or Out of Sync

The old method of turning off the device and then turning it back on again is still relevant and often works well. If you turn off the TV using the remote, it won’t be as effective as the device goes to sleep only. This method does not completely turn off the TV. So, we’ll be removing all the cables. Keep the device unplugged for about two minutes, then plug it back in.

Doing this will close all the running applications, and the RAM should get freed. The Netflix app should now work smoothly on your Samsung TV if the problem was limited RAM or a minor system glitch.

If there is a problem with your internet connection, reboot the router. You can do it easily by removing the power cable of the router for a minute and then plugging it back. After you’ve rebooted the router, connected your Samsung Frame TV to the same Wi-Fi network and run the Netflix app.

How to check for Samsung TV updates:

If an update is available, download and install it. Once done, reboot the device once and then try using the Netflix app.

How to check for Netflix updates:

Now, run the Netflix app and check if the problem is fixed.

The Netflix app files may be corrupted, leading to a failure in the app launch. Another reason why the app is not loading on your Samsung Smart TV could be a corrupted cache. In both cases, reinstalling the app can fix the issue.

Uninstall the Netflix app from your Samsung TV, and install it again using the Google Play Store. Next, launch Netflix and sign in to your account to start accessing your favorite shows or movies.

We hope one of the solutions from this article helped you in fixing the Netflix not working issue on your Samsung Frame TV. If you have any questions, write them in the comments section below.