Infinix Hot 10i launched in the Philippines with a dual rear camera setup and is powered by the MediaTek Helio P65 SoC. It packs a large 6,000mAh battery and runs on Android 11.

In this tutorial, we will guide you to install Android 12 Custom ROM on Infinix Hot 10i. Full credits to the XDA Recognized Developer phhusson for making this possible. The update is still in the beta stage and you may counter bugs or unusable. You have to try it at your own risk. If something is broken, you can always flash back the stock ROM image on your Infinix Hot 10.

As we know, Infinix Hot 10i (X659B, PR652B, X658E) will not receive any official update very soon but now you can try the GSI based Android 12 build. A GSI (generic system image) is a system image with minimal configurations for Android devices. It works as a pure Android implementation without any modifications or changes to the Android Open Source Project (AOSP) code. 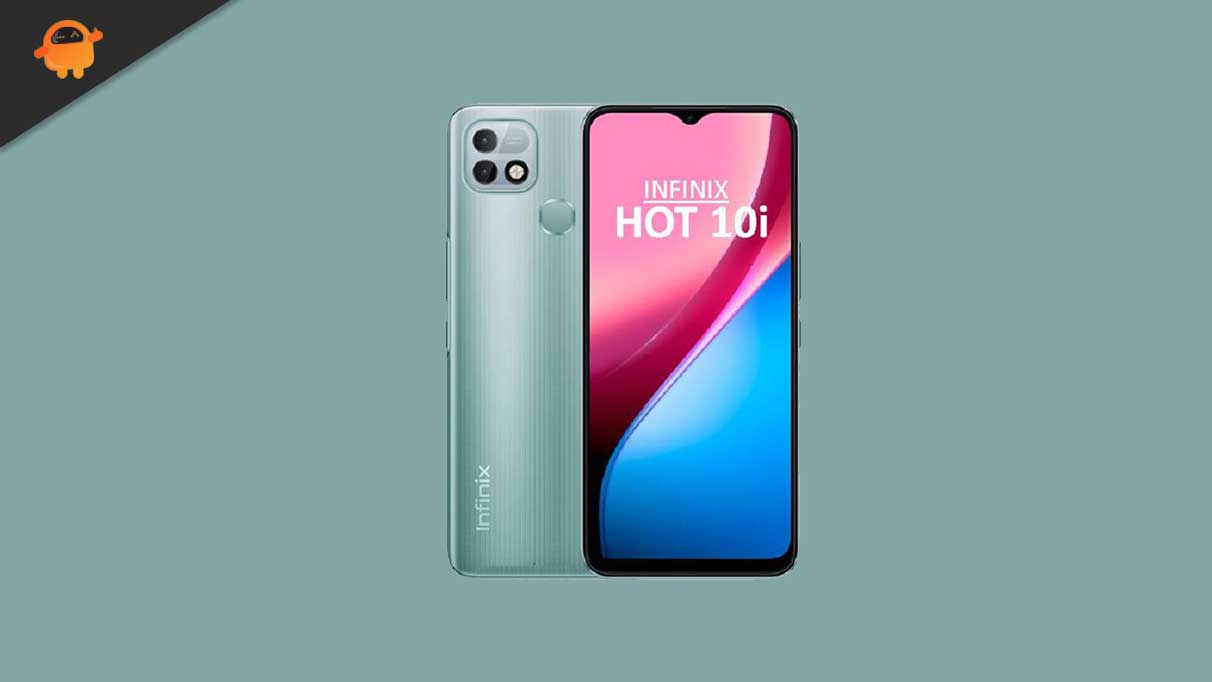 How to Install Android 12 on Infinix Hot 10i

As the title suggests, here we’ve shared the requirements and steps to flash the AOSP Android 12 build on the Infinix Hot 10i variant.

It’s also worth mentioning that not only mobile devices but also other external devices can use and run USB Drivers on a Windows computer. Such as mouse, keyboard, printer, external hard drives, speakers, USB flash drives, etc. You can grab Infinix USB Drivers here.

To enjoy any custom ROM, you must first unlock the bootloader on your Infinix smartphone.

Here, you will find all the Android 12 custom ROM for your Infinix Hot 10i. To find which version to download, you must first check which processor your device is running, whether ARM, ARM64, or x86.

Flashing the ported Android 12 on your Infinix Hot 10i will give an early taste of the latest Android OS version. It looks like the Infinix Hot 10i model won’t gonna receive the Android 12 update officially from the manufacturer. So, it’s a good idea to get most of the features and visual treatment. However, if you find any extra bugs or stability issues then you should report them to the respective forum.

The Infinix Hot 10i features a 6.6 inches IPS LCD panel with a resolution of 720 x 1600 pixels and a pixel density of 266 ppi. This is a standard panel with a refresh rate of 60Hz. Under the hood, we have the MediaTek Helio A25 built on a 12nm manufacturing process. It is an octa-core processor with four Cortex-A53 cores clocked at 1.8 GHz and four Cortex-A53 cores clocked at 1.5 GHz.

Coming to the optics, we get a quad-camera setup at the rear and a single camera at the front. The quad-camera setup at the rear consists of a 13MP primary sensor, a 2MP depth sensor paired with an f/2.4 lens, a 2MP macro sensor paired with an f/2.4 lens, and a QVGA(Low light sensor) camera sensor. At the front, we have an 8MP sensor.

The Infinix Note 10 Pro comes with Android 11 out of the box. There is a single storage variant of this smartphone with 2GB of RAM and 32GB of internal storage. There is a MicroSD slot for storage expansion. For communications, we have Wi-Fi 802.11 b/g/n, Bluetooth, GPS, and MicroUSB. And for sensors, we have an accelerometer, gyro, proximity, and compass. We do not have any definite information about a fingerprint. If we do get one, it will be placed on the rear of the smartphone. There is a 6,000 mAH battery that powers this smartphone. The smartphone will be available in three color options: Black, Cyan, and Purple. Since the smartphone is not yet launched, this is not a definite specification sheet. You might see some changes when the smartphone officially launches.