Fortnite is available on almost all platforms now, including Xbox, PC, PlayStation, and even Android and iOS. But the PC, Xbox, and Playstation versions are facing some difficulties. It shows up “Failed to Lock Profile” error when someone tries to join a multi-player game or launch the game. It does not happen with everyone, but some unfortunate players face this issue.

If you are one of the users who is facing this error, then this guide will be helpful for you. Fortnite fails to lock profile whenever you have issues with your game installation or with your connection. Well, whatever may be the case for you, we will take a look at all the possible solutions for this issue. Undoubtedly one of the fixes mentioned below will iron out this issue for you. 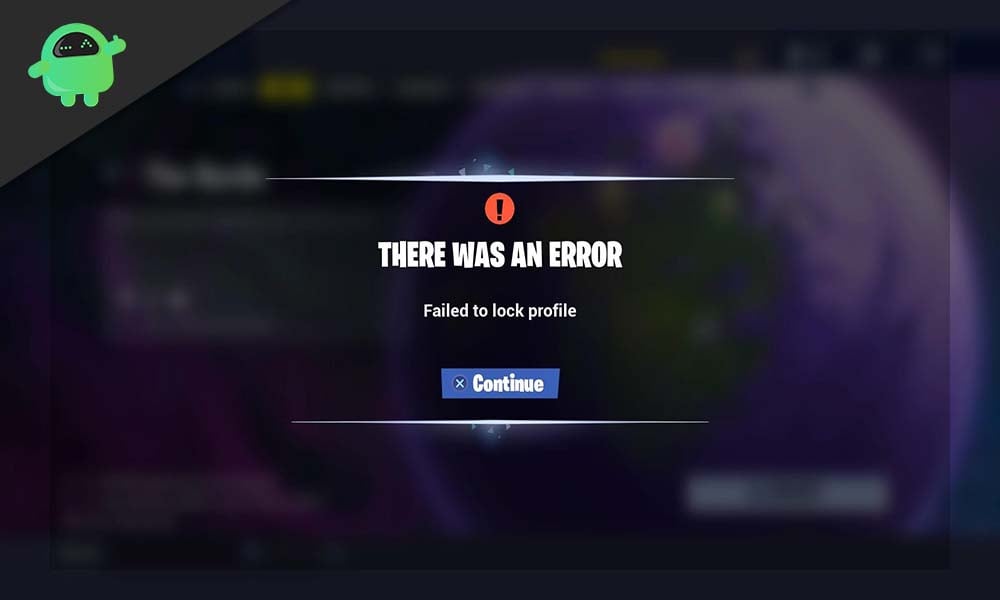 How to fix failed to lock Profile issue in Fortnite?

You can do one thing to make sure that this bug does not bother you in your gameplay. When a mission ends, wait for the reward screen to be displayed before moving on to the next part. If any player leaves the game before the reward screen comes up, then the next player that comes in to fill in that place will face the failure to lock profile issue.

Console users don’t face this issue much, but if you are one of the unlucky ones then don’t worry because the fixes are quite straightforward and easy.

Restart the Game and Console:

Simply restarting the game and the console will reset every little glitch that might be causing this communication issue.

If it is still there, then try the next console user’s fix.

Licenses in gaming consoles are required for the validation of purchases. If there are any issues with your console’s licenses, then Fortnite’s servers will have problems communicating with your console. So you can try restoring your licenses on your console to fix the failed to lock profile issue.

For PC players, the fixes are a bit more complicated. This is because this issue is most common with PC users. So we have explored every possible solution for this issue.

Restart the Game and Launcher:

Firstly, you should try restarting the applications responsible for Fortnite entirely.

This is the most common fix, and it worked for many. But if this did do the job for you, then try the following fix.

This issue mostly happens when you close up a mission and get ready for another, but the game does not register it. It still thinks you are in that earlier session. So changing the party privacy can sometimes fix the failed to lock profile issue.

Changing party privacy works for some people, but not everyone. If this did not work for you either, then try the next fix.

Since this issue is all due to the game still thinking you are on an active session, you can try changing the game mode entirely, and it might help your application understand that the older session is over.

This issue should not show up again on that previous game mode. If it does, then try the next fix.

If the issue is persistent with a particular game mode, you should try reinstalling the game mode repeatedly using the launcher. It will clear out any sort of corrupt files present in the game mode files.

If the issue was due to corrupt files, then the chances are to sort it out. However, if it did not, then try the next fix mentioned below.

There are tons of active Fortnite players around the globe. If you have too many players in your selected region, then the server for that region might find it challenging to handle everything properly. If that happens, then also failed to lock profile issue shows up on a PC. So try changing your region to choose a different server that is not that loaded.

If it was a server issue, then your game should open up normally. But if it did not, then try the following fix.

If you play a multi-player game with the players joining in using different platforms, this issue can also show up. Cross-platform play is a menace with many gaming applications, and Fortnite is no exception. So there are a couple of things you can do to sort this out for your system.

If a cross-platform play was the cause of your issue, this fix should resolve the failure to lock profile issue. But if the problem still exists, then try the next fix.

If the error is due to a temporary glitch in the game itself, then launching the storm shield defense might help refresh things up.

If you see the same Failed to lock profile issue in Fortnite game missions, then try the next solution.

Now check again to see if the verification sorted out your issue. If there was nothing wrong with the game files, then the issue is somewhere else, and your problem won’t be resolved. In that case, move to the next fix.

Re-Login the Launcher and Game:

Sometimes the bug might be due to issues with the communication modules of the launcher. In that case, try re-logging into your account, and it could sort out your failed-to-load profile issue.

Play a game in that game mode and see if the same failed to lock profile issue shows up again with your profile. If none of the fixes mentioned above worked out for you, this should probably do the job. When you log back in, you should try switching to a non-horde map and then changing back to the horde map.

So we have listed out all the possible things you can try to fix the failed to load profile issue on Fortnite. It is difficult to pin down a particular reason for the problem, so we have listed out the fix for everything. Try all the fixes one by one, and one of them will surely resolve your issue.

If you are still facing the issue for some reason and none of these fixes mentioned above worked for you, you will have to select a game mode that allows for Solo content play. For example, you can choose  “Save the World” mode. This is not a solution, but that will be your only option to play Fortnite if none of the fixes mentioned above worked out for you. Luckily, Fortnite developers are aware of this bug, and we shall soon see a patch to fix this in the future.