In this guide, we will show you how to find and report hackers in the Valorant game. This tactical first-person shooting game has quickly gathered quite a large fanbase in a short span of time. It was initially being in a beta stage bef0re ultimately being available for the general audience as a stable build. The challenging mission sets, intriguing quests, and immersive gameplay experience all add up to provide an amazing gaming experience. However, with the increase in the game’s userbase, we are also witnessing some hackers creeping into the game.

Some of the commonly used hacks include Aimbot, Wallhack, and Extra Sensory Perception. All these give these hackers an extra edge over their competitors in an illegal manner. The ability to view the enemies from distance, foresight power, and the shooting accuracy all witness some considerable improvement. These improvements are way beyond the legitimate or permissible limit. In this regard, the developers are always on the hunt finding these hackers and banning them at that instance itself.

However, the Valorant gaming community could also contribute. As and when you view any character with suspicious and find him having some abnormal special abilities, then you should report them right away. In this regard, Valorant has provided a pretty nifty platform where you could report these hackers. Just keep this in mind that if you report any player, then it wouldn’t result in their ban at that instance itself. The developers will first carry out their inspections and then they will decide accordingly on the further course of actions. 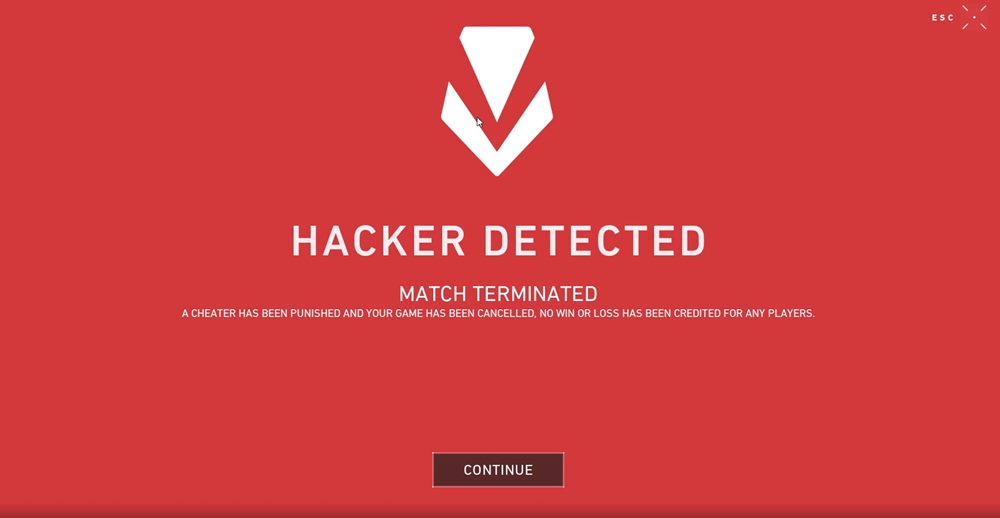 How to Find and Report Hackers in Valorant

Quite a lot of users are having trouble reporting hackers, they don’t seem to find a way out. The below Reddit thread is just one such example.

How can you report hackers? from VALORANT

On that note, if you are having doubts about any player being a hacker, then you could take two different routes. The first one is right in between the match itself. The second method involves reporting once the match has been concluded. In this tutorial, we will be mentioning both these methods to find and report hackers in Valorant. Proceed with the one that suits your requirements.

If you wish to report while the match is going on, then identify that player and then hit the Esc key. This will bring up the scoreboard.

Report Once the Match Concludes

If you are planning to report a suspicious player once the match has ended, then here is what needs to be done:

These were the steps to find and report hackers in the Valorant game. Just keep in mind that you shouldn’t abuse your power of reporting everyone who you find with exceptional gameplay ability. In some cases, it might only be a talented player. Anyways, once you have reported, it is up to the developers to decide and act accordingly. Rounding off, here are some iPhone Tips and Tricks, PC tips and tricks, and Android Tips and Trick that you should check out as well.