Respawn Entertainment and Electronic Arts have done an excellent job by releasing Apex Legends in 2020 which is an award-winning free-to-play battle royale Hero Shooter video game. It includes legendary characters and their powerful abilities, squad gameplay, stunning graphics, enhanced weapons, and more. Though the title is doing really well, it seems that there are a couple of Steam Deck users searching for the Apex Legends Problems and Solutions.

Now, if you’re one of the victims to encounter common issues with the Apex Legends on your Steam Deck then don’t worry. As we all know that Steam Deck is one of the most powerful handheld gaming consoles to play PC games, it may have some conflicts or issues with running titles in some cases. It’s always a better idea to get into the specific reasons and then try fixing the issue from the root to avoid happening again & again. Without further ado, let’s get in. 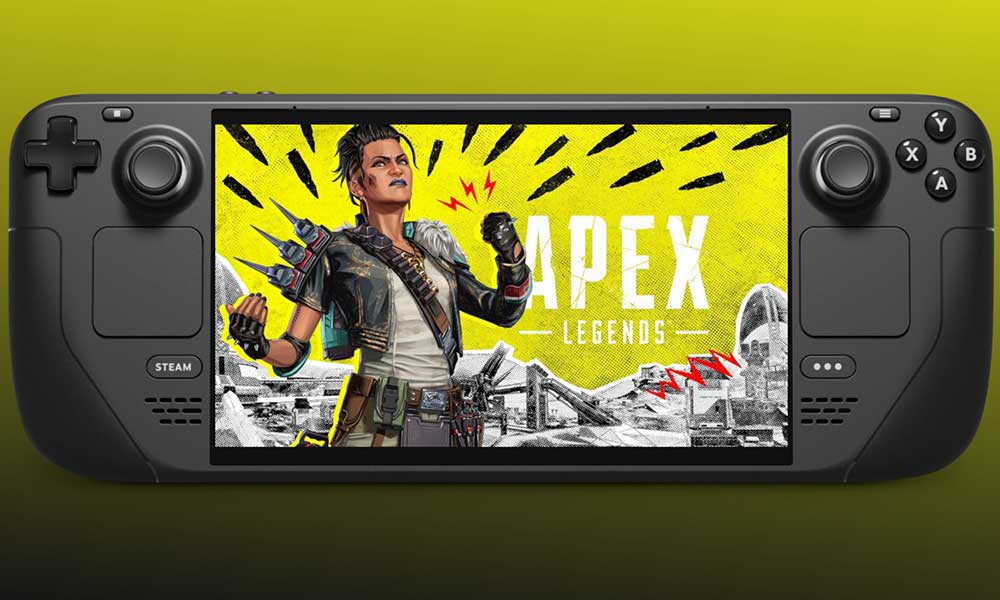 It’s worth mentioning that plenty of first-person shooter video games like Apex Legends and more titles are having several issues on Steam Deck such as the mouse bug, deck-verified issues, conflicts with the anti-cheat support for Linux, launching the game without controller support, Steam Deck login error, etc. Whereas some Steam Deck users are facing startup crashes with the game, in-game lags, hiccups, FPS drops, stuck on screen, in-app purchase errors, etc.

1. Apex Legends Not Launching or Not Loading or Crashing

First of all, Apex Legends not launching or crashing at startup issue on Steam Deck becomes one of the common problems among players that need to be fixed. It looks like that due to several possible reasons, your game starts crashing during launching or exits while loading. Luckily, there are a couple of workarounds mentioned below that can come in handy.

It’s highly recommended to wait for a while and try purchasing the item again inside the Apex Legends game to check for the issue. You should also try doing it during off-peak timing such as when the active number of users becomes less in general. The higher number of active players may cause servers down or response slow. Otherwise, try using another payment method like debit/credit card, Steam Wallet, etc (except for PayPal) to check if that helps or not.

3. Not Syncing to Steam Cloud

There are several Apex Legends players reporting about the not syncing to Steam Cloud issue on Steam Deck that should be fixed by following the steps below. You can try disabling and retrying the Steam Cloud Synchronization method. Alternatively, you should also try repairing the game files via Steam Library which you can find below.

Sometimes Apex Legends players are unable to launch the game in offline mode on Steam Deck unexpectedly. If you’re also encountering the same kind of issue then make sure to follow the methods below to fix it.

Multiple Steam Deck users are reporting about the mouse not working issue with Apex Legends that you should try fixing by following the steps below.

This is how Steam Deck users can easily play Apex Legends just like a desktop PC using the wired/wireless mouse and keyboard on the Steam Deck’s screen.

Well, plenty of reports are also claiming that the Apex Legends game is stuck on the loading screen on Steam Deck which becomes frustrating a lot. There are several possible reasons behind such an issue that can easily be tracked and fixed. You can follow the steps below to do so:

7. Apex Legends Not Showing in the Library

If in case, you’re encountering the Apex Legends game not showing in the library error on Steam Deck then make sure to follow the steps below to do so.

8. Apex Legends Runs Without a Controller

It looks like several Steam Deck users are having issues with the controller support while playing or launching Apex Legends. As per multiple reports, Apex Legends automatically starts running without using a controller. Now, if you’re also facing the same issue then make sure to try pressing the ‘A’ button on the controller to get rid of the specific issue. This trick might swap the game to the controller easily.

Additionally, you can also try tapping on the screen to forcefully adjust the game window focus because sometimes the game only runs in the Big Picture Mode on Steam Deck via Steam which can be another issue.

Plenty of Apex Legends players are having issues with the login on Steam Deck unexpectedly. According to reports, even after playing the game on Steam PC, whenever they try to log in using the Steam Deck credentials, it always says ‘you’re already linked with a Steam account, and please log in or register with a different account’. Even unlinking and linking back to the Steam account doesn’t work properly. Sometimes it says credentials are incorrect or expired.

Well, it seems like your Steam account is connected to a different EA account and that’s why the login-related error appears on Steam Deck quite often. You should check whether you’re using another EA account at the same time for any other video game or not. It’s better to contact EA Support regarding this issue and ask to find out what’s actually troubling in terms of account linking.

There is no specific solution available yet on it and you’ll have to wait further if the problem persists. You can still follow up on this thread to get support from EA Help.