In this tutorial, we will show you how to have twins and triplets in the BitLife game. Once you have graduated from college and have found a perfect job that might meet your desired necessities, then you might consider settling down in your life. A few years into the married life, and you would likely want to make an addition. But rather than just one single addition, some people are looking for ways to make welcome two or three new members to their family.

The game isn’t itself short on challenges with the likes of Surprise Millionaire Challenge, Dog House challenge, Tiger King challenge, and House Flipper. But the ability to have twins and triplets in BitLife is proving to be an altogether different challenge in itself. In this regard, this guide will come in handy. Today, we will be listing out all the requirements that need to be met from you and your partner’s end to achieve the aforementioned quest. Follow along for the complete instructions. 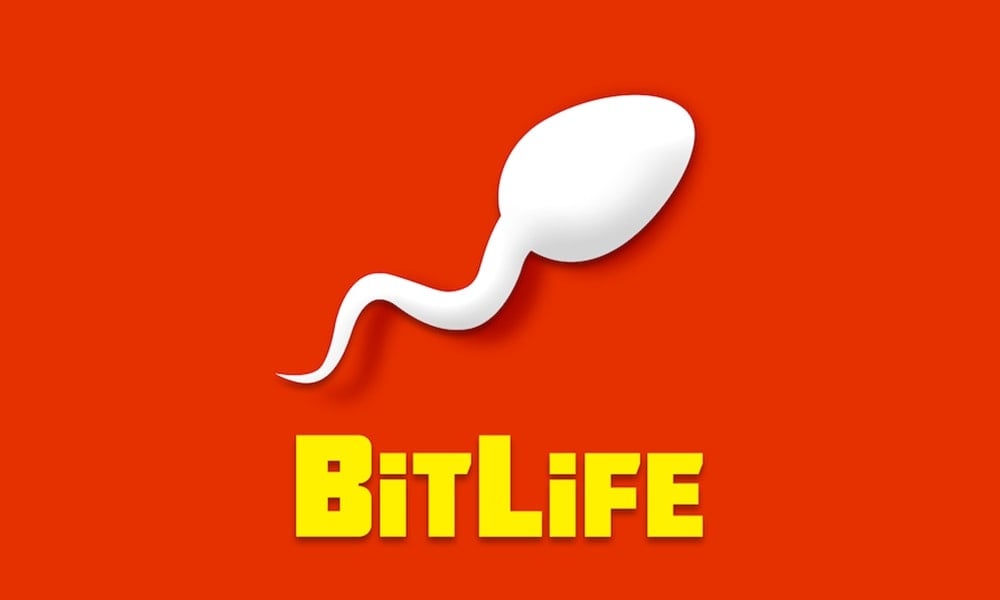 How to have Twins and Triplets in BitLife

There are two different routes that you could take in this regard. The first one is having the birth the normal way and hoping that it might be a twin or a triplet. However, that is completely based on luck with the probability on the lower side. Some users have even tried this for continuously three-four eyes but weren’t able to achieve success. They were only able to have a single child in one year or none in the next one.

Therefore, it is recommended to take the second route. This involves making use of the Artificial Insemination or IVF method. Do keep in mind that you could only use Insemination if your character is female. On the other hand, IVF could be opted by both genders. While both these methods have a much higher chance of offering twins and triplets in BitLife, it comes with its fair share of issues as well. 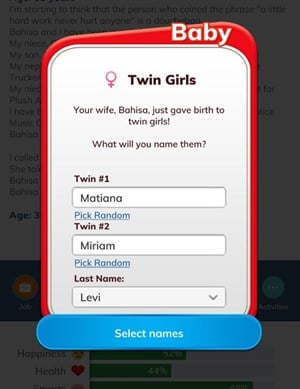 The biggest one is the fact that your partner more often than not will refuse to take this route. He is more likely to stick with the conventional method. So you might have to bring him or her to the same page that you are on. Once he agrees for this, then you could try out any one of the two methods. However, with IVF, there are some other important points that you should take note of.

To begin with, you could only try IVF once a year. If it fails to give out the desirable results, then you will have to wait for a year and then retry it. Furthermore, you could only try out IVF until the female character hasn’t reached the age of 50. Because once she does, the IVF process would no longer work. 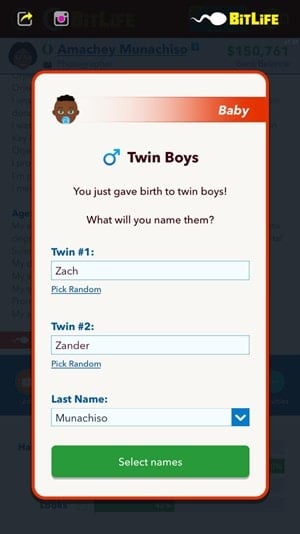 All in all, having twins or triplets in BitLife is no easy task. While the normal method doesn’t have a high success rate, the other two methods have some complications involved as well. But it should still be your preferred route. This is because there is a high probability that you will be able to get blessed with two or three children via this method.

On that note, we conclude this guide on how to have twins and triplets in the BitLife game. If you have any queries, do let us know in the comments section below. Rounding off, here are some iPhone Tips and Tricks, PC tips and tricks, and Android Tips and Trick that you should check out as well.