Cryogonal is a pure ice-type Pokemon that comes in a Tier 3 raid, which is pretty easy to go down with of you have your friends to lend you a hand. However, things get really crazy if you’re going to do this solo, without seeking anyone else’s help in the battle. If you wish to pull a battle against the Cryogonal, there are plenty of things that you must know before entering the raid.

How to Beat Cryogonal Raid Solo in Pokemon GO 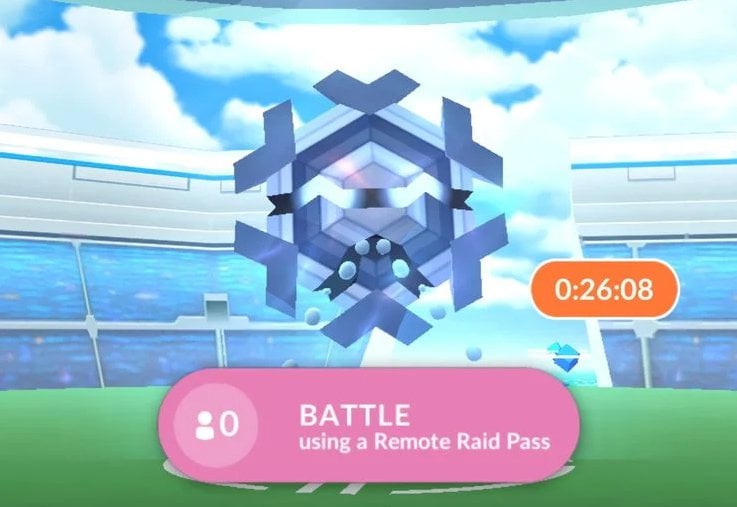 Pokemon like Metagross, Machamp, Blaziken, Charizard, and Lucario are the best choices that you can go with when in a battle against Cryogonal. Meteor Mash by Metagross is considered the most powerful move against Cryogonal, hence, making it an ideal choice for this battle. Using Legendary Pokemon for this battle is also a great choice. The likes of Entei and Heatran will stand a great chance of winning against Cryogonal, while dragon-type Pokemon must strictly be avoided since most of them have a weakness against ice-types. Knowing all this, time is an important factor in this battle and you must pay attention to it. If you fail to do well against Cryogonal in the limited time you have, you will fail the whole raid!

Summing up our guide, Cryogonal is weak against fighting, fire, steel, and rock moves. Hence, Pokemon like Metagross, Machamp, Blaziken, Charizard, and Lucario are some of the most ideal choices you can go with when battling Cryogonal. Dragon-type Legendary Pokemon are best to be avoided since they have a weakness to ice-types. However, Legendary Pokemon like Entei and Heatran will perform pretty well against Cryogonal. That said, we hope reading the guide above has brought some valuable information and help to you. Please let us know by commenting down below if you have any further queries regarding the same.