The Chinese tech giant HUAWEI’s subsidiary brand Honor has launched its flagship device called Honor 10 back in 2018. At the time of launching, the handset run on Android 8.1 Oreo and then it was upgraded to Android 9.0 Pie. If you’re the Honor 10 device user and waiting for the official Android 10 update then you should rejoice as the company has started rolling out the Magic UI 2.1 update to its eligible devices. Now, you can Download Huawei Honor 10 Android 10 update with Magic UI 2.1 from this guide.

As of now, the update is currently arriving for the beta testers and the stable version will soon hit all the units globally. It brings all the Android 10 features including UI changes, system improvements, battery improvements, enhanced system security, and more. If you’ve already applied for the beta testing program then the OTA update will arrive pretty soon on your handset. Otherwise, you can manually install the firmware by following the guide below. 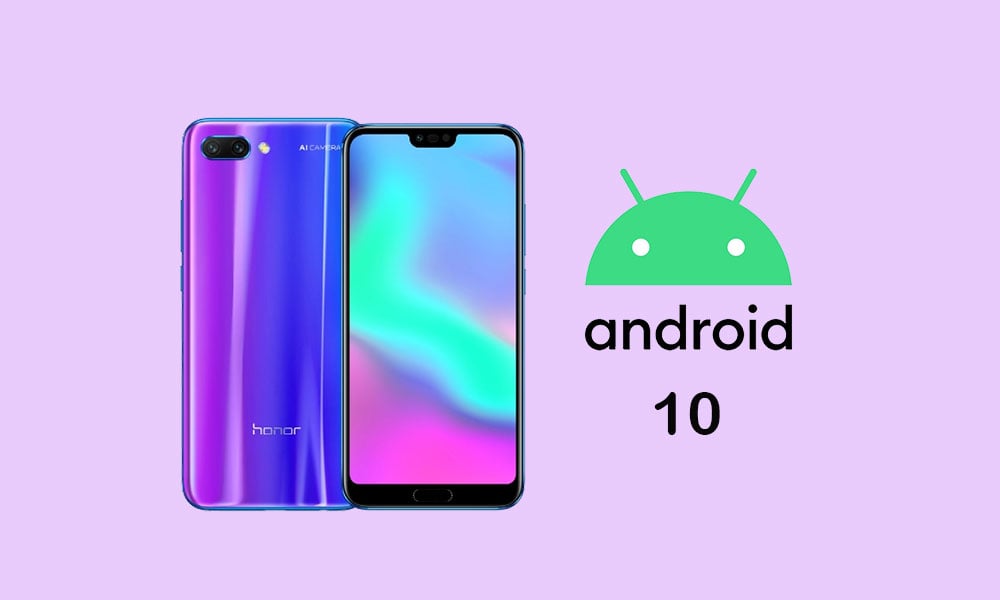 After the launch of the Android 10 OS version officially by Google in September 2017, the Chinese OEM Huawei has also announced its latest EMUI 10 version based on Android 10 at Huawei’s developer conference. It’s also worth mentioning that the Magic UI 2.1 (aka EMUI 10) is also based on Android 10 and runs on Honor devices. The new EMUI 10 comes with inbuilt Android 10 core features and brings design improvements, UI changes, and more which we’ve mentioned below.

You can check out in-depth details of EMUI 10 features and supported device list.

If you’re an Android device user for a while then you should know that Google has announced the latest 10th iteration of Android OS a couple of months ago which is a successor version of the Android 9.0 Pie. It brings plenty of useful features and system improvements like a system-wide dark theme, focus mode, live caption, sound amplifier, improved privacy & location control, gestures navigation, etc.

We hope this guide was helpful enough to flash the Huawei Honor 10 Android 10 Update.