Huawei Nova 5 Pro was launched in June 2019 which came out of the box with Android 9.0 Pie and EMUI 9.0 UI. Today Huawei started rolling the Android 10 update for the successive models; Huawei Nova 5 Pro. This update brings the latest EMUI 10.0 user interface which comes with a lot of goodies along with Android 10 Q features. Currently, the update is Open beta which is rolling for selected users under the beta channel. If you are not a beta tester, you can manually install Huawei Nova 5 Pro Android 10 OS Update.

The update is now live and available to download here. If you didn’t sign up for the Huawei Beta program or you are not patient to wait for the OTA, then you can download the full firmware and flash the update using our guide to upgrade from Android 9.0 Pie to Android 10 on Huawei Nova 5 Pro. Below we given are Beta software, if you experience bugs, then we are not responsible. 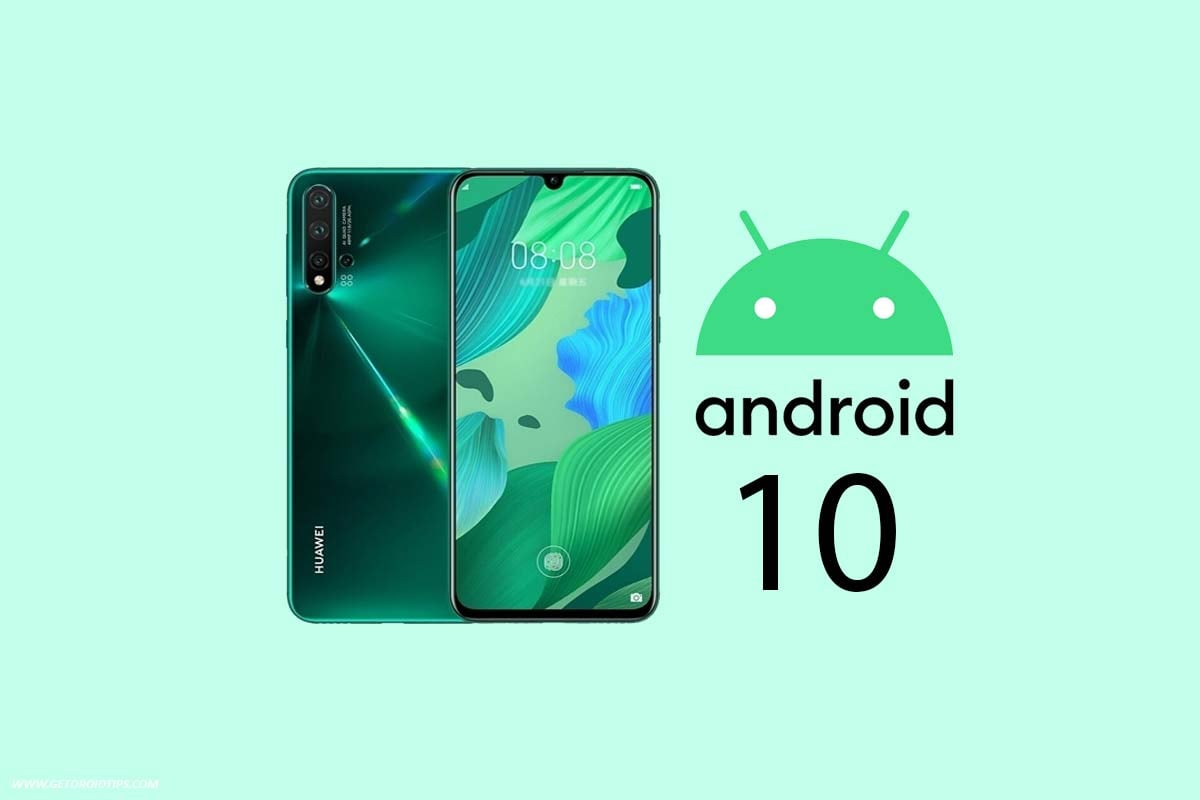 
GetDroidTips will not be responsible for any internal/external damages to the device that may happen while/after following this guide. This version is designed for you to experience new software features in advance, thus giving us feedback for further software improvement. Below are known issues with this version that may affect your daily use. Do not install this update if you frequently use the apps or features concerned. 1. Some banking apps are not compatible with Android 10. This issue can be resolved only after compatible app versions are released. 2. Some instant messaging apps are not compatible with Android 10, and may encounter issues when sending images. Restart the app to fix this issue. 3. Silent mode will be enabled by default for notifications from instant messaging apps if you disabled sound and vibration alerts for them before installing this update. The alert mode can be modified in the app settings according to your preferences. 4. For apps with the App twin feature enabled, this update might allow the twin app to read Messaging content. Disable and re-enable the App twin feature to fix the issue. 5. The screen might flicker in certain situations when playing PlayerUnknown’s Battlegrounds (PUBG). Set a non-HDR resolution or restart the game to fix the issue. 6. Samsung watches might automatically disconnect from your phone after a certain period. This issue will be resolved in a later version. 7. 30x zooming by pinching out with two fingers might occasionally fail. Drag the zoom slider or restart Camera to fix this issue.

Performance: stable and smooth
-GPU Turbo
Improves the smoothness and stability of the system when playing games.
– Phone Clone
Improves the connection and cloning speed.

Security: more secure data and privacy
– Formally verified microkernel Uses Huawei ‘ s own self – developed microkernel design , certified as the most secure OS kernel for commercial use.
– Distributed technology Improves security when connecting to other Huawei devices , as well as when transferring files between and storing data on other Huawei devices.
– Privacy protection
Supports app sandboxing capabilities for standardized app permission management and more secure data and privacy protection.

Media and entertainment: more fun
– AppAssistant dropzone
Adds a dropzone for AppAssistant , allowing you to quickly access services such as game acceleration and do – not – disturb

Before trying to upgrade via the given method, make sure to check for the new software update manually by using hicare app.

for second method, you have to download Huawei Multi-Download Tool and Huawei Handset Product Line Driver. Now make sure to download the update.zip file for the firmware.

I hope this guide was helpful enough to flash the Huawei Nova 5 Pro Android 10 Update.

Huawei Nova 5 Pro runs on Android 9.0 Pie and backed by Li-Po 3500 mAh Non-removable battery. It also has Fingerprint sensor under display. The handset supports Hybrid Dual SIM with 4G on both slot. It comes with connectivity options such as Bluetooth, Wifi, USB OTG, FM, 3G and 4G.