Minecraft is a sandbox-type video game that has been developed by Mojang and it’s one of the most popular pixelated games in the market for years now. Developers are active enough to bring multiple modes and other stuff into the game which makes it more unique and interesting too. Now, if you’re not aware of How to Spawn Blue Axolotl with Commands in Minecraft then follow this article.

Reports are coming out that the Blue Axolotl in Minecraft is quite rare similar to the diamonds. There are a few chances of getting the Blue Axolotl properly without using cheats or console commands in the gameplay. Therefore, plenty of players are interested in using console commands to spawn this particular stuff. Now, you may ask how to do so? Well, this is what we’re going to share with you. 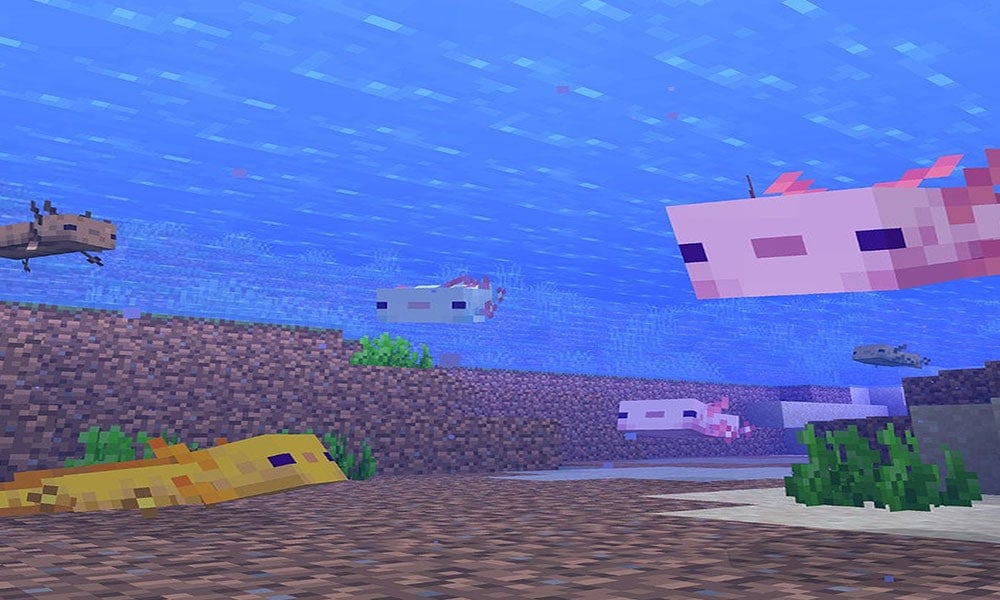 Minecraft: How to Spawn Blue Axolotl with Commands

For the command to spawn Blue Axolotl in Minecraft (2021) on PC, you’ll need to use the following command line:

Steps to Use the Minecraft Blue Axolotl Spawn Command

If you’re not willing to waste both of your energy and time to find a Blue Axolotl in Minecraft, this particular command line will help you out.

It’s better to directly copy the command line from here and paste it into the game chat to avoid any kind of typo. Another useful tip is that you can spawn more and more Blue Axolotl by using the same line repeatedly. Whereas players can also change the colors by replacing the variant number with 0 (zero).

That’s it, guys. We hope you’ve found this article useful. For further queries, you can comment below.