Have you been looking around for ways to record your screen on your computer or laptop? Well, worry not, since we have got you well covered. Read on to discover some of the Best Screen Recorder Apps for Windows in 2022 and how they can enable you to record snippets of games or other programs.

Windows is by far the most popular operating system, and also the most widespread one. It is undeniable that people have found Windows to be easy to use, as well as highly reliable. All sorts of people use their computers and laptops, be it a  gamer or a workaholic. Often times it is required for you to capture whatever’s there on your screen. For gamers, capturing the gameplay at a higher framerate is essential, and for people who do creative work, having the best possible quality is a bonus. Whatever the case might be, this is where screen recorders come in to save the day. Before we dive right into our top picks, let’s take a quick look at why you would need one, and the importance of picking the right one as well.

Screen recording has always been one of the most popular means of conveying information, be it technical or for entertainment. Most of us grew up watching complicated tutorials made easy by screen recorded videos on YouTube or other social media websites. Have you ever wondered how these people record their computer screens? If you guessed with a camera or a phone, then you would be very wrong. Most versions of Windows have utility software that makes recording the screen and the happenings on your desktop possible. Over the years, many software distributors noticed the growing need of screen recorders, and have entered the market with their own programs, be it free or paid. 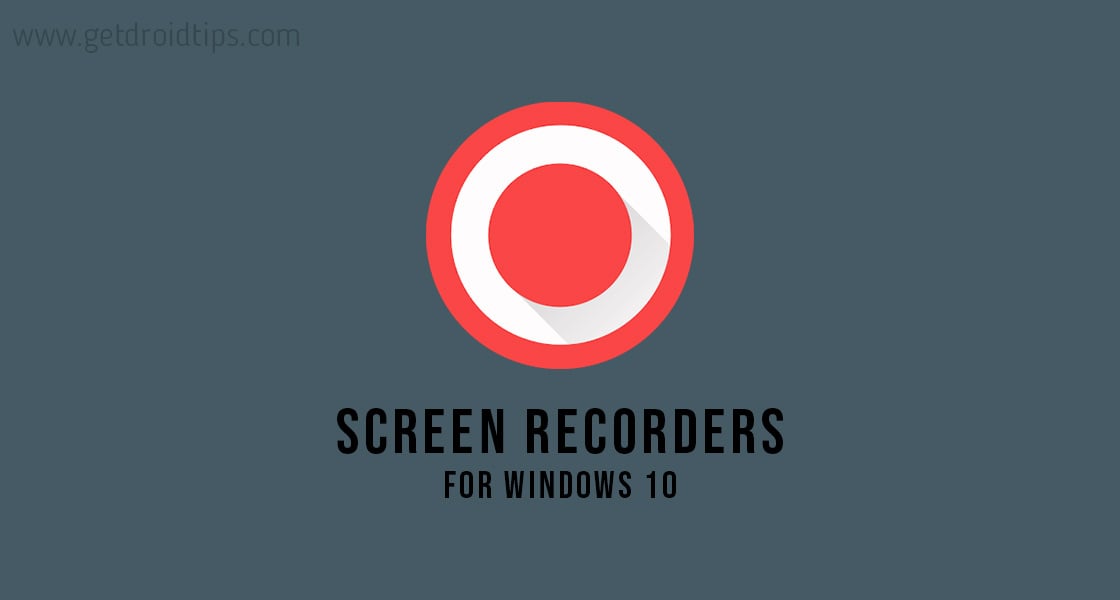 However with so many options available on the internet to choose from, it is quite a tedious task to pick the best ones out of the bunch. While Windows might be a home to some of the most useful and user friendly apps, it also is susceptible to malware and Trojans. One must always avoid scandalous software, especially when it has access to whatever’s on your screen. This is exactly why we have compiled this list of some of the best Screen Recorder Apps for Windows that you can download and try out in 2022.  So sit back, relax, and enjoy our well curated list of all the options available to you!

All of the programs mentioned below have been tried and tested by yours truly, and I recommend only those apps or programs that provide a fulfilling user experience. As far as availability goes, most of the recorders we’ve mentioned about below are free, to begin with, but run on a freemium basis which means users can opt into buying the premium versions which unlock a whole lot of other cool features. Overall, if you don’t plan on spending any money for any Screen Recorder Apps for Windows 10, you can still enjoy most of the listings here too! With that being  said, let’s take a look on our top picks!

If you are a gamer, and wanted a screen recorder for the same sake, then look no further than Microsoft’s Game Bar. This screen recorder comes built in natively within Windows 10, so if you don’t already have it installed, try updating your computer or laptop to the latest version of Windows 10. To activate it, just search for “Game Bar” in Windows Search and click the toggle. Game Bar has a bunch of settings that will come in handy to people who want to record their gameplay. You can switch between a lower or a higher quality (30 fps or 60 fps), and even select the audio sources to record. On top of being able to record your gameplay with a simple keyboard shortcut, the Game Bar also has other features that compliment your gaming experience as a whole. You can view your computer’s detailed statistics such as CPU or GPU usage just with a single glance. You can also play around with all of your system sounds without the need to minimize your game. Just press Win + G whilst in a game to toggle the overlay, and click on the record button. The only downside with Game Bar is that you can only use it to record games, and this wouldn’t work for any other programs. However, as a standalone gameplay recording app, I’m in love with Game Bar.

If you ever felt that any of the apps on this list were lacking in some areas, then you will be the most happy to see OBS in action. In a nutshell, OBS or Open Broadcaster Software is an all in one screen recording software with a ton of features and options to play around with. Do note that OBS isn’t mean for the fainthearted, thanks to all of the complicated and pro-level options right under your fingertips. However, if you do know what you’re working with, OBS can produce lossless video output of your displays. You can play around with things such as the video and audio bitrate, try out different resolutions, mess with the audio sources, and much more with OBS. It is a completely free software and is open source for all developers. It is updated regularly too. If you truly wanted the most performance and power out of a screen recording app for your Windows machine, then we couldn’t recommend OBS anymore than we already do. You can download the latest version of Open Broadcaster Software or OBS for your Windows computer or laptop by following the link below :

Next up is a screen recorder for everyone alike. Camtasia is probably one of the most well built and thought out screen recorder apps for Windows when it comes to the design and the user experience. It has a rich user interface, and is recommended for everyone who hates learning complicated programs. Everything is right under your cursor, and with proper guidelines you can start  recording the content you need under a few minutes. What makes Camtasia even more desirable for newbies is the fact that it also has a built in editor which makes trimming and merging of your screen records that much more simpler. The editor also has clean transitions and a few animation to spice things up a bit. While Camtasia isn’t recommended to those who want to record high definition gameplay at 60 fps, for casual recordings such as other programs or videos, we think it would supplement well. The only caveat we could find with Camtasia is the fact that you can’t do much with just the free version. If you do want to remove the watermark and unlock more features, you could always get the premium. You can download the latest version of Camtasia for your Windows computer or laptop by following the link below :

That’s all folks! We hope you enjoyed our roundup of some of the Best Screen Recorder Apps for Windows in 2022! Which one among the list is your favorite, and how many of these screen recording services or apps have you already known or have been using? Know other good Windows screen recording apps that you feel people might find interesting? Do let us know in the comments section below, we’d be delighted to hear from you guys!