From Shotguns, and handguns to sniper rifles, there are a variety of different weapons you can choose from in the latest Modern Warfare 2 edition. With every new COD version out, there’s always a question regarding the available guns and new weapons available. In this post, you will find the full weapon tire list ranking every available gun in the game. We will also share some handpicked best weapons so you can start the game with the best possible weapon combination available.

COD Modern Warfare 2 comprises almost 20+ primary weapons spread across different categories including battle rifles, hand weapons, handguns, shotguns, knives, etc. With such a large selection pool, any new player will get confused about what to choose when they start their game. Which weapons are best and for what scenario always remains a tricky question, but we will try to answer that here. 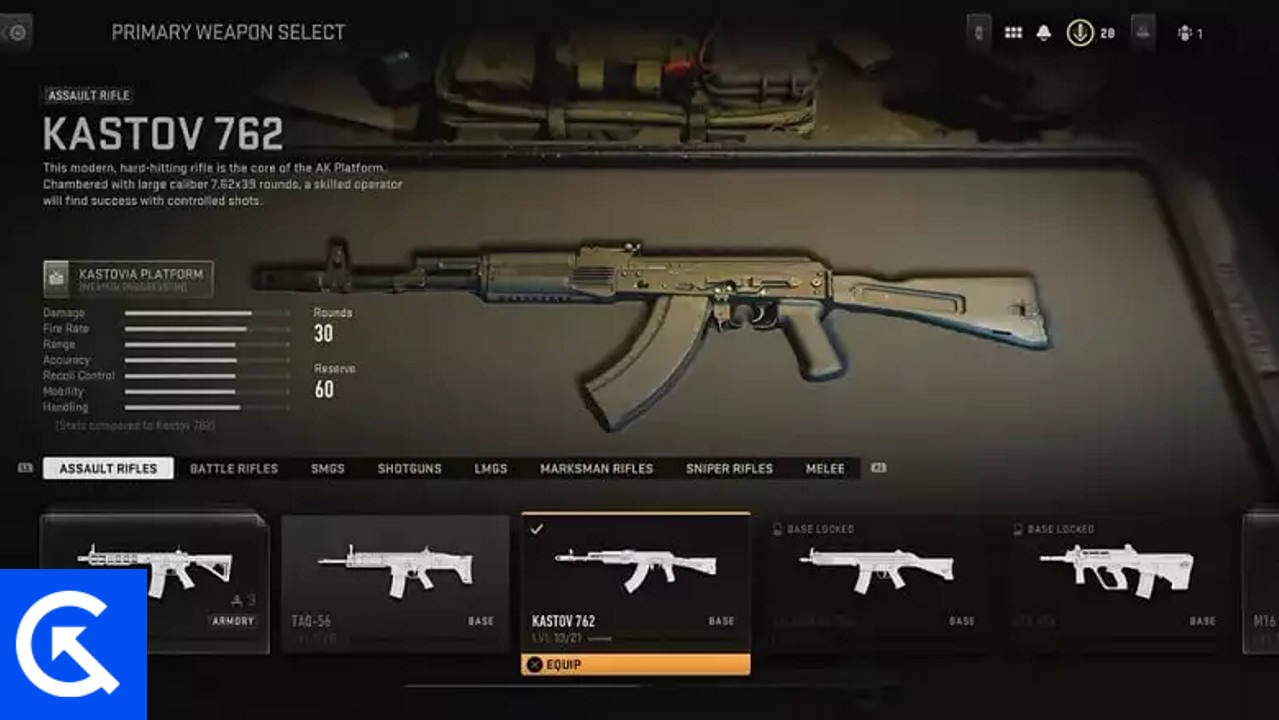 Like any COD title, there are numerous weapons for you to experiment with, and with every new game release, the number of weapons keeps increasing. Choosing an ideal weapon is complicated, but not that difficult. Down below is Modern Warfare 2 weapons tire list for you to check the available weapons in the game.

Also read: How to Unlock All Lethal Grenades in Modern Warfare 2

These weapons are considered the strongest weapons available in Modern Warfare 2 game. They are close to perfect, perform great, and are reliable in battles.

These weapons are considered outstanding weapon choices for all kinds of close-range battles. They will give you a distinct advantage and are highly reliable tools of destruction.

Thes weapons do not entirely hold up against the best because of limited upgrades and power options. But in case you can’t find any A or S tier weapon, you can still choose these. But do not underestimate these weapons, as in the right hands, these weapons can be deadly and leave devastating damage on enemies.

These weapons are okayish in nature for close-range battles. They are quite underpowered and unreliable and are only considered a good option as secondary weapons.

We have tested the weapons to determine some of the best weapons that you should carry in Modern Warfare 2 for your aging battles. These weapons are selected based on their performance on versatility, usability, and damage output. All the below selections do have excellent fire rates and are easy to use on each type of game mode. 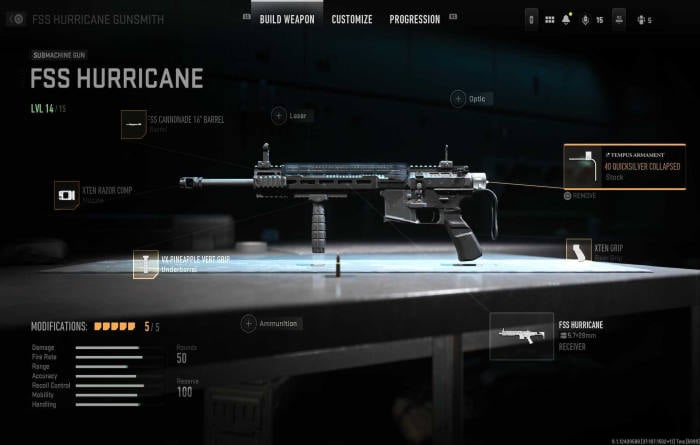 FSS is considered the best gun in Modern Warfare 2 because it allows players to move quickly and shoot from the hip. This SMG also offers a plethora of attachments adjustable for every battle need. The gun is an absolute powerhouse, and with a 50-round default mag, you can make laser-accurate shots. In short, it is a fast, powerful, and precise weapon. 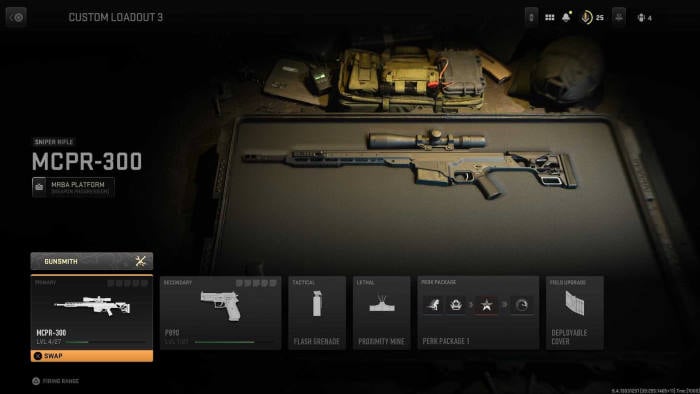 MCPR is a sniper rifle capable of shooting targets up to 500m in range. Just because it is a sniper gun doesn’t mean it’s not versatile. This gun will give you the best sniping experience and can also be used in close combat coupled with a capable secondary weapon. 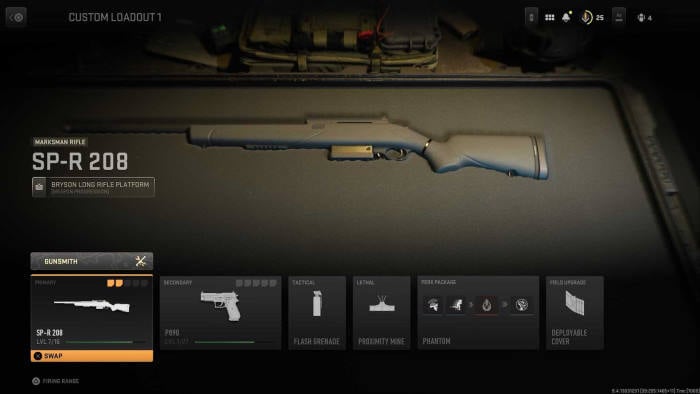 SP-R 208 is an absolutely deadly gun to carry around in close-range battles. With its power, you can easily achieve one-shot kill targets to the head or torso. The gun can be difficult to handle, and making precise fire can be difficult, so there’s a little bit of a learning curve to use this weapon properly. 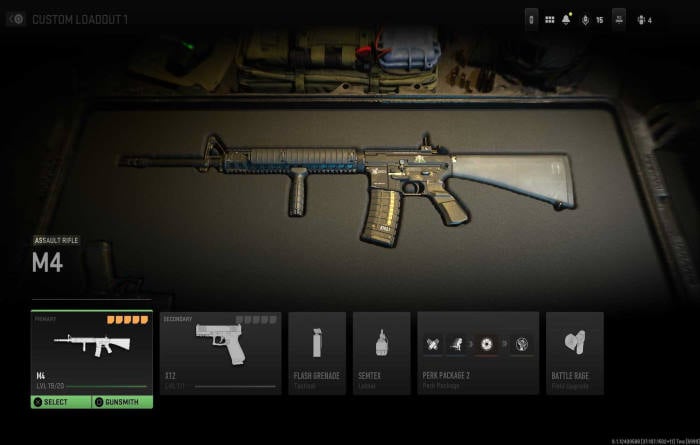 M4 is considered as the most versatile close-range assault rifle available in the game and works best in almost every scenario. It offers you a wide variety of attachments and upgrades, plus lightweight to easy carry around. With the perfect grip attachments, you can even shoot accurately for up to 300 meters of range or even 500 meters with good stability attachments. 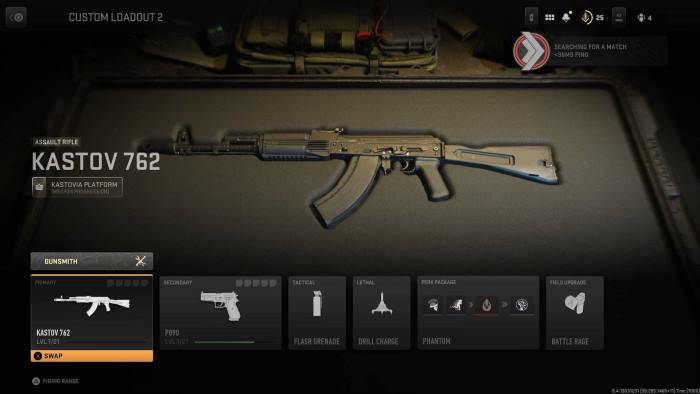 Kastov 762 is quite a new weapon in the game and is seriously very powerful, even without attachments. Combined with good attachments, it is the most deadly weapon you can use in close-range combat.

This brings us to the end of the best weapon tier list in Modern Warfare 2. We have tried and tested these weapons, and they are good for beginners to intermediate-level players. Most of these weapons are quite similar and offer a versatile weaponry experience.