Destruction and gadgetry in Rainbow Six Siege are too good when it comes to the graphics & gameplay experience. Ubisoft always keeps focusing on providing better games for all platforms, and Tom Clancy’s Rainbow Six Siege is a solid example of that. However, it seems the game isn’t running well for some unfortunate players. Here you can fix Rainbow Six Siege Screen Flickering or Freeze on PC, PS4, PS5, Xbox One, Xbox Series X, and S easily.

If you’re one of the victims to encounter the same, you can follow this full troubleshooting guide. Well, the screen flickering or the freezing issue can trouble you a lot while intense gaming sessions no matter whether you’re using a PC or a gaming console. Apart from the black screen or lags or screen tearing issue, plenty of players may also encounter flickering as well as other graphical glitches, which include visual shimmering or glares, etc that can upset you. 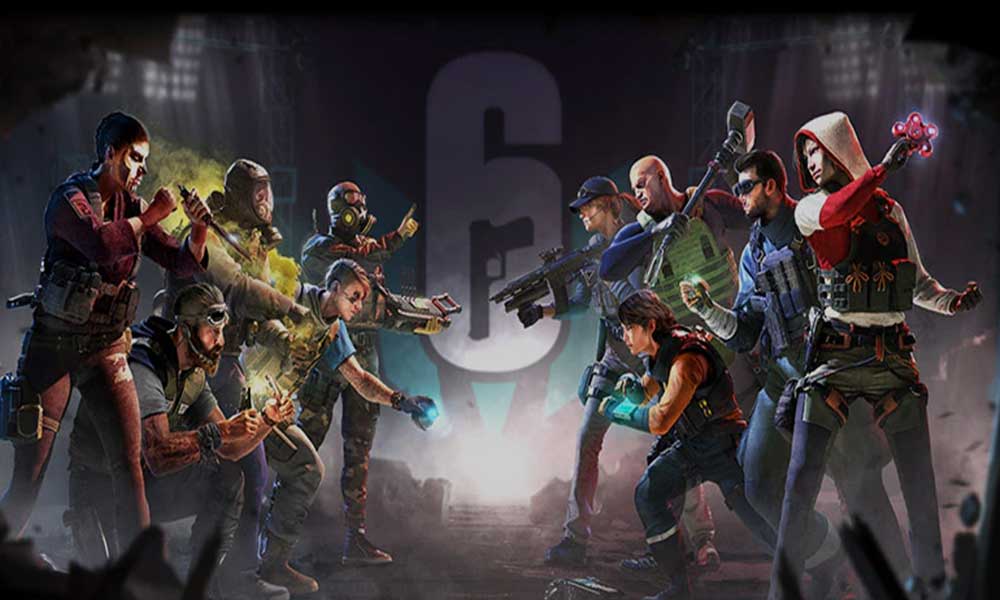 Mostly issues with the in-game graphics settings or the Vertical Sync-related issue are something that can trigger the screen flickering or unresponsiveness issue on the PC. Sometimes issues with the software and compatibility with the PC can also occur multiple conflicts while running the game. Luckily, there are several workarounds mentioned below that can help you a lot. So, without further ado, let’s jump into it.

Turning on the Vertical Sync feature on your Nvidia Control Panel app for the Rainbow Six Siege game is recommended to avoid graphical glitches up to some extent. Remember that this method only applies if you’re using an Nvidia graphics card.

First, you should try lowering the in-game graphics settings on your PC or console to check if that helps you fix the frame drops or stuttering issues. Try turning off some of the display settings for the Rainbow Six Siege game such as texture details, shadow effect, v-sync, anti-aliasing, etc. This should improve the FPS count and performance/smoothness in gameplay.

If in case, you haven’t updated your graphics driver on the Windows computer then make sure to install the latest patch version. To do so, you’ll need to check for available updates by following the steps below:

Another thing you can do is simply close unnecessary background tasks on your PC to ensure there is no additional consumption of system resources happening in the background whatsoever. Make sure to keep Rainbow Six Siege, Steam, and other system-related tasks running as it is. To clear out background tasks:

If your IP address has some issues or your DNS address is troubling you a lot then make sure to use the Google DNS address on the PC to avoid rubberbanding connection or stuttering or even lagging issues which can happen due to slow internet.

Sometimes an outdated game version can also bring multiple bugs or issues. It’s better to update your Rainbow Six Siege game by following the steps below. If an update is available, then install the latest patch. To do this:

7. Verify the Integrity of Game Files

If you’re using the PS4 or PS5 console and facing the screen flickering issue quite often then make sure to follow the methods below one by one until the problem gets fixed.

If you haven’t updated the Rainbow Six Siege video game on your PlayStation 4 or PlayStation 5 console for a while then make sure to update it by following the steps below:

In some scenarios, your PS4/PS5 console may trigger several issues with the system performance or game lags due to overheating. Sometimes the lack of proper air ventilation in the room may cause hardware stress that directly affects gameplay or gaming performance. So, it would be best if you kept your PS4/PS5 console in a well-ventilated place to check whether there is an overheating issue.

The proper airflow and the cooler place or temperature inside the room might help the PS4/PS5 console work better. Keeping the console in a congested area or directly under sunlight may trouble a lot.

It’s also recommended to check the HDMI port of both the console and display device properly because a misalignment or dust particles can easily cause connectivity issues. Try gently removing the HDMI cable and then blowing some air in force to clear dirt/dust from the HDMI port.

Sometimes PlayStation games may not run properly, which is a bit of a letdown. Make sure to play another game on the PS4/PS5 console to check for the issue, or wait some time to try again.

Clearing out the game-saved data on the console may also fix multiple issues with the game launching or gameplay. You can try it out:

Check whether this issue has been fixed with the Rainbow Six Siege game or not. If not, follow the next steps below.

If you’re using the Xbox gaming console and facing the screen tearing issue with the Rainbow Six Siege game, then follow the methods below.

Note: It’s worth recommending going to the Settings page > Choose Systems > Select Updates to update your game automatically whenever the console is connected to the internet.

Performing a power cycle method on your Xbox console is worth mentioning to ensure there is no issue with the device firmware or glitch. A normal reboot might not work in most cases and requires a power cycle process to clear out temporary glitches or cache data issues. To do this:

You should also try uninstalling and reinstalling the Rainbow Six Siege game on your Xbox console. Once done, make sure to reinstall it on the Xbox console to avoid game-related issues. To do this:

If the above methods didn’t work for you, then make sure to follow the steps below to reset the console manually simply. By doing so, you can easily clear out system glitches or cache data issues from your console whatsoever. To do so: