Snapchat is one of the favorite applications for digital millennia and a great social media network. However, the new Snapchat update, has blocked all users who use rooted Android smartphones. With this new blockage, a lot of users are not able to use Snapchat on their rooted Android devices. If you’re such a user, then do not worry as there are still many ways you can run Snapchat even after rooting your Android smartphone.

How To Delete Snapchat Messages Using Clear Chats, Even If We Haven’t Been Viewed

Snapchat has made it very clear that it won’t be allowing root users to use its services since people can take advantage of Snapchat and bypass the privacy controls which other Snapchat users enjoy. With a rooted smartphone, you can trick Snapchat into saving self-destructive messages, take screenshots of Snapchat-protected texts, play with Snapchat two factor authentication, and much more.

Since Snapchat has already blocked the services on rooted smartphones, you might see an error message saying that your device is not supported after the recent update. The previous version of Snapchat does work fine with root, but we are not sure for how long. So it is very important for you to check out other various ways to use Snapchat on your android smartphone if you love to use Snapchat.

As you might be familiar with Snapchat, it is a social media network that allows its users to send self-destructive messages, images, and videos to their friends. This is why people like it too much since there’s no chat history to deal with. However, this is not the case with rooted smartphone users. As there is a number of Snapchat tools and services which can be used to alter or manipulate Snapchat to comprise the privacy of their users. Using some of them, you can save private messages, images, and videos without the user’s consent. And some of them also allow you to hide confirmation of message replies. This huge cause trouble for other genuine Snapchat users. 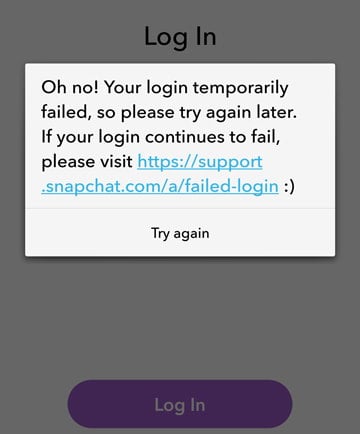 Snapchat takes its user’s privacy very seriously, so they stopped supporting rooted android devices in their latest update. In case you have updated to the latest version, you might see an error message saying that your device is not supported. But don’t worry, there are still ways to bypass this and use Snapchat on any rooted and smartphone.

How to Use Snapchat on Rooted Android Devices

If you have a rooted smartphone, then Snapchat is obviously not supported on your device from now on. However, there are still ways to use Snapchat on your rooted device. Down below are some methods which you can try:

The easiest way to fix this problem is by un-rooting your device. Now this means that all your applications that use superuser permission will not work. There are consequences, but it is the best and official way to support Snapchat on your device. Since every smartphone rooting and the unrooting process are different, we are linking a few down below for your reference.

Another way to unroot your device is by installing stock ROM on your device. We have already made many tutorials for different manufacturers so you can check them out here.

Use Hide my root app

If you do not wish to un-root your device due to several reasons then you can try hide my root app. This app is specifically designed to hide the root privilege from certain apps such as banking apps, social media apps etc. If you want an easy way to run Snapchat on a rooted Android, then this is an easy alternative. 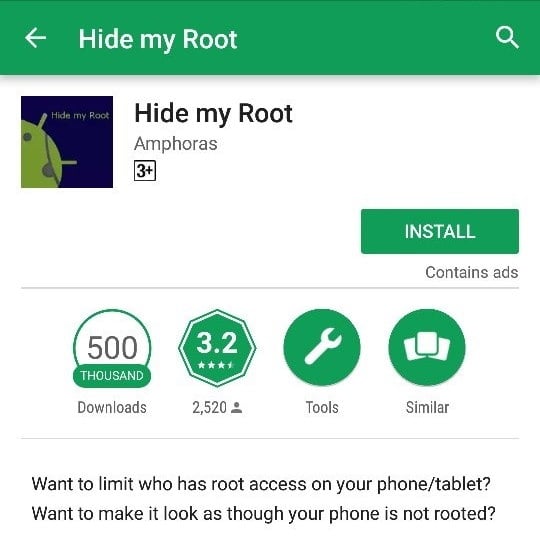 Download the app from the play store and run it on your device. Choose the apps from which you wish to hide the root privilege and click ok. You will be able to run Snapchat now.

Note: If you’re not able to download the app, you can try other root hidings apps available in the play store.

Now, if you are ready with a working Xposed framework, then here is a quick module which can hide root privilege from Snapchat. So Snapchat will not be able to detect whether your device is Rooted or not. This way, you can use Snapchat even if you have a rooted smartphone!

Note: You can add or remove apps on RootCloak to hide or unhide root privilege.

If you use the Magisk Root manager, then you get an inbuilt option to hide the root visibility of other apps. You can quickly toggle between the two to enable apps that don’t work with rooted smartphones.

Open the Magisk root manager app on your device. And navigate to Settings. 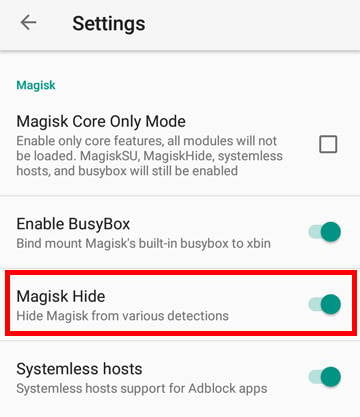 You will “Magisk Hide” option here. Enable it.

Now you can install Snapchat and use it like your device was never rooted in the first place!

Note: If you disable this option, Snapchat will again stop working. Other root apps will still work if you grant them Root permission.

If you don’t use Magisk as your superuser manager, then you might be using Super SU by Chainfire. It’s honestly one of the best SU managers, and it came way back before Magisk. And it supports modules and apps by which you can hide the SU activity of your phone from certain apps. In this case, it will be Snapchat of course :) 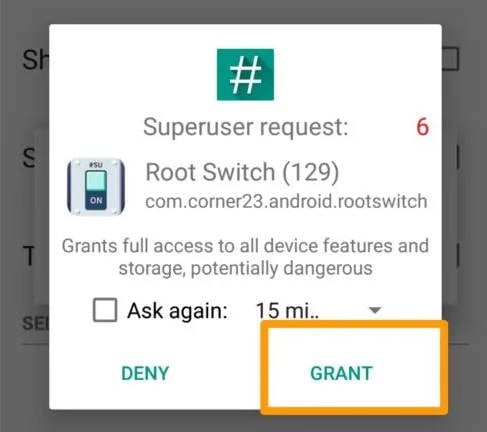 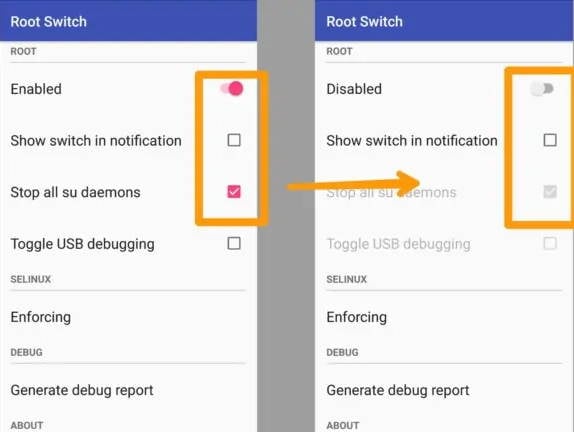 A new screen will pop-up. Here you have to enable “Stop all SU daemons” options.  Also, disable the “Root Access” slider toggle.

Note: In case you want to use root apps again, simply go back to Root Switch and enable “root access” toggle.

So these were some ways to use Snapchat on your Rooted Android device. We hope that these methods worked for you. Snapchat is just an amazing social media platform that millions of people use. So you should not be neglected just because you root your device. Well, in any case, you are having trouble following these methods, then you can comment down below. We will be happy to help you out :)