The update is sent via OTA (Over the air), and it may take a couple of days or even weeks to receive the update. Like we said, The update is rolling in a phase-wise manner. You need to wait for the official roll out to upgrade Huawei P8 Lite 2017 to Android 8.0 Oreo Update. The update brings the latest Android 8.0 Oreo update and features along with Emotion UI 8.0 for Huawei P8 Lite 2017. 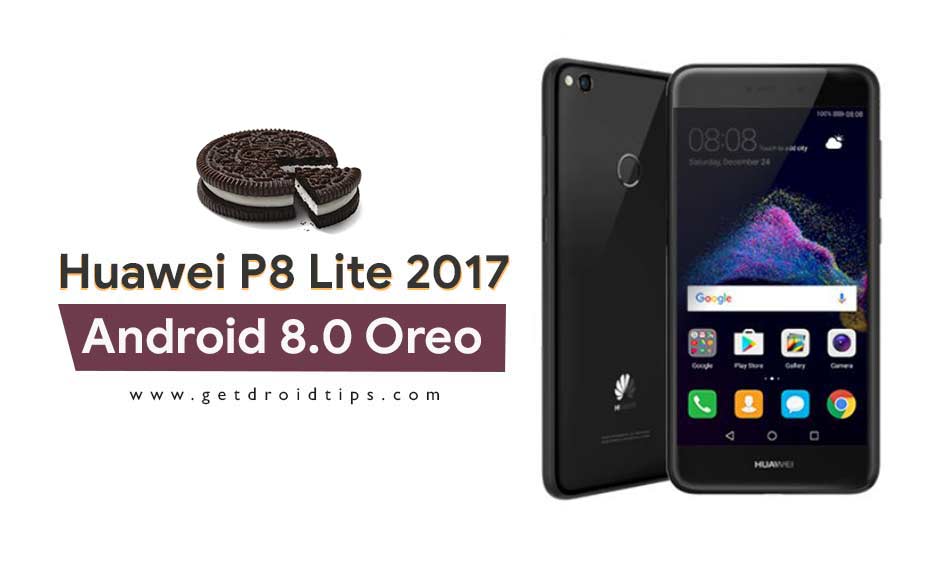 Here you can download and install Android 8.0 Oreo for Huawei P8 Lite 2017. The update has started rolling, more region will come soon. To check for the official OTA update, Go to Settings –>  About Phone —> System update

If you are still waiting for the Huawei P8 Lite 2017 Android 8.0 Oreo OTA update, then you can check the OTA manually. Follow our below guide which can see if you have any OTA on your phone. Before that make sure you are running Official Stock ROM without root or mods installed. If you are rooted, then first you need to unroot your phone.

If you still not received the OTA and you want to update manually using the update.zip file on your Huawei P8 Lite 2017, then you can follow the below guide. This guide will help you to install Huawei P8 Lite 2017 Android 8.0 Oreo Firmware. The update is simple and easy. Make sure you read and follow the steps properly.

Before installing, make sure to download the required Android 8.0 Oreo Stock ROM and other tools and drivers. Follow the pre-requisite: