Apple has just announced the iOS 16 with lots of cool features and changes. Soon after installing the iOS 16, many users are facing a quick battery drain issue. On some devices, the battery does not even last for a day. In case you are on the same boat, don’t panic, there are ways to fix the fast battery consumption issue on Apple devices.

According to the Apple support team, the fast battery consumption is quite normal which happens after every major iOS upgrade. The reason is that apps and services go through optimizations and changes in the background that can lead to a fast draining of the battery. It can take up to 48 hours for the things to settle down. So, if you have just istalled iOS 16 on your iPhone, we advise you to do nothing to fix it. It will get automatically solved once the device finishes background optimizations. After the recommended time frame has passed, if the problem persists, you can apply the fixes we’ve listed down to get the best battery life for which Apple devices are quite popular.

iOS 16 Not Installing, How to Fix? 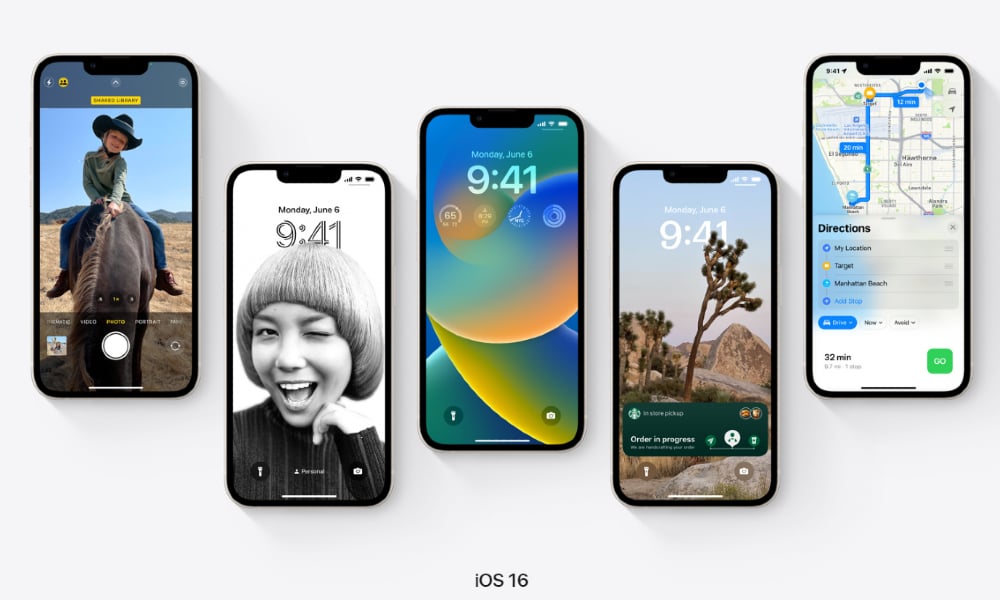 Whenever you feel that the battery is draining quite aggressively than it should be, we recommend restarting your iPhone before trying other fixes.

It’s obvious that the more time you sent on an app the more battery it will consume. So, if the screen on time has increased significantly in recent days, it’s possible that more usage has led to high battery consumption. But, if your phone’s usage is nearly the same, the problem seems to be something else. Without stressing your mind for possible reasons, the better approach is to check which app is contributing the most to battery usage.

To check for the battery usage per app, open the Settings app and go to the Battery section. Once the page loads fully, tap on Last 10 Days to see the battery usage of apps in the last 10 days. Check if there’s an which has a significant percentage (more than 10%) of battery usage but you’ve not used it too much. This app might be the real culprit. We recommend you uninstall this app to keep the battery usage back on track. In case, the app is essential to you, use the next method to reduce its background activity.

Fix: Depth Effect Wallpaper Not Working on iOS 16 Running on Any iPhone

Applications and games keep refreshing in the background. If you found an app to be eating a good battery percentage, disabling the app’s background activity can save the battery a lot. This feature in iOS is called Background App Refresh.

Here’s how to turn off background app refresh for any app on iOS:

It’s important to keep a track of the battery health percentage on your iPhone. If you’ve ever noticed a significant depletion in that percentage, you’ll need to follow some protective measures to reduce battery health.

To check the battery health percentage of your iPhone, open the Settings app, scroll down and tap on Battery, and select Battery Health.

Here’s how you can maintain the battery health on your iPhone:

Here’s how you can check for new updates on iPhones:

If the GPS is turned on, it will keep tracking your location which will result in battery consumption. If not needed, we recommend disabling the GPS which will improve the battery life.

Another important feature that can greatly improve is reduced motion. It removed the animation and offers a little less load on the processor. Not does it only improve the battery life, but the device’s performance also gets a boost.

To reduce motion on your iPhone, head over to the Settings app and go to the Accessibility section. There you’ll see a Motion tan, tap on it and turn on the toggle next to Reduce Motion. To further disable the animation, enable the toggle next to Prefer Cross-Fade Transition.

Solution 7: Turn Off Raise to Wake and Use Dark Mode

The Raise to Wake feature on your iPhone keeps on checking the device’s motion through sensors that consume the battery in the background. Disabling this feature will surely improve the battery backup.

We also recommend using the dark mode for as much as possible. It also helps in improving the battery life.

By turning on the Low Power Mode feature, you can significantly improve the battery backup on your Apple devices. This is probably the best solution when the battery is draining too fast or when the remaining battery percentage is too low. What it does is that it automatically removes unnecessary background processes and animations which contributes to better battery life.

Fast battery consumption can be frustrating for all of us. So, fixing this issue is not an optional thing, we’ve to do it anyway. In this article, we’ve gone through various ways you can improve the battery life on your iPhone. Hopefully, the battery will now last longer than before. Did you find these tips useful? Share your thoughts in the comments below.