It seems that plenty of Sea of Thieves PC version players are getting a particular error message that says “There is Missing or Corrupted Data file that Required to Run Game”. This particular error message appears while trying to install or update the game on Windows. Therefore, we can assume that there is something causing issues with the installation process or game files. Now, if you’re also one of the victims and want to fix this problem, then check out the troubleshooting guide below.

It’s possible that sometimes the Antivirus program or Windows Firewall program may conflict with the game files or may block the game files to be installed on the system. Meanwhile, there may be some issues with the Microsoft Store or overclocking of CPU & RAM or an older version of Windows or an outdated graphics driver or any kind of rogue third-party background running tasks and more.

We’ve already mentioned that there are a couple of possible and common issues or reasons behind the missing or corrupted data file error. Now, without wasting any more time, let’s jump into the guide below. 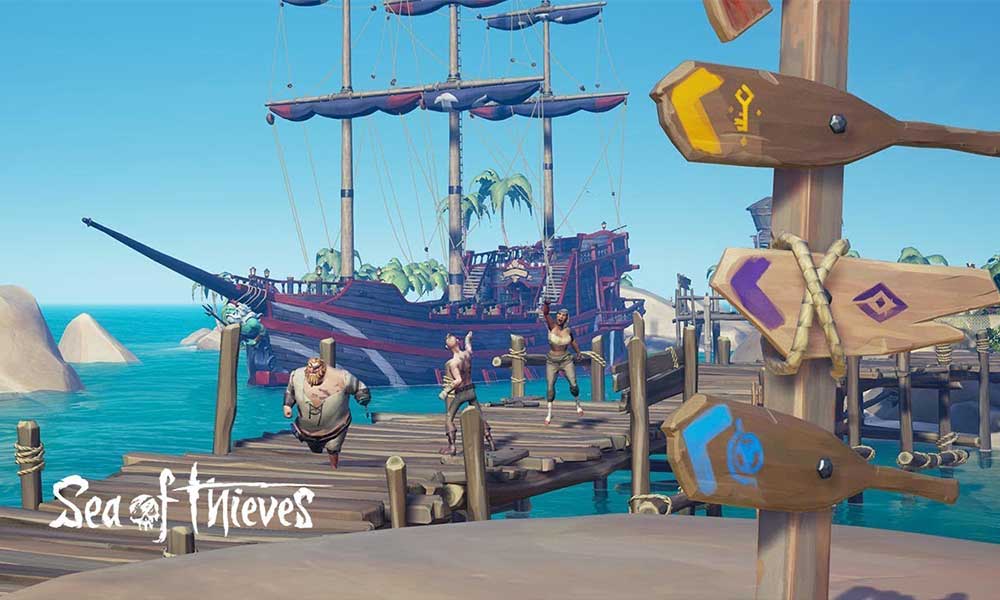 1. Whitelist Sea of Thieves on Antivirus

By whitelisting the game exe file on the antivirus program, you will allow the antivirus to bypass the game files so that the update or installation process can work smoothly.

Most of us may be aware that in some cases, the Microsoft Store can also conflict with a few games while installing or updating.

According to the official Sea of Thieves support team, they’re working on the various reasons behind the Microsoft Store issue. Till then if you experience the same error message, make sure to fully uninstall the game and reinstall it via the Microsoft Store.

There are some of the affected Sea of Thieves players have reported that they experience the same Missing Corrupted Data error message if they overclock their hardware performance. It can be anything like overclocking CPU, GPU, or RAM. Although overclocking hardware will give you improved power pack performance, some of the games may crash easily due to the imbalance.

Therefore, we will recommend all players to reset or restore CPU or GPU or Memory clock speed to its default level. Alternatively, Windows users can also reinstall the full game after restoring clock speed which will give a perfect balance between the hardware compatibility & game.

Modify these settings with your motherboard at your own risk. We can only suggest possible ways.

It’s always highly recommended to check for the Windows update as you may find that a lot of security bugs or stability issues with other games or applications will be fixed automatically. So, keeping your system and app updates are very crucial for compatibility reasons.

Similarly, updating your graphics driver to its latest version is always recommended as it not only fixes some of the graphics related issues but also resolves the graphical crashes or bugs with some of the games as well.

It’s also possible that some third-party rogue applications are causing this particular issue with the SOT game. So, if in case, the third-party software attempts to inject itself in-game processes on Windows, those game files may be corrupted or forced to crash as well.

If in case, you’re getting the Sea of Thieves Missing Corrupted Data issue very recently, we will recommend you to uninstall any recently installed or updated software on your PC.

If none of the above methods work for you, make sure to check for the faulty hardware issue as well. Sometimes, unmounting the RAM/CPU/GPU and mounting it back can fix these error messages or crashes on your Windows very easily.

Meanwhile, there can be issues with your CMOS Battery or Hard Disk or SSD as well. So, check all of this one by one and also make sure to free up the space of disk where the game is installed.

Alternatively, you can fully uninstall and reinstall the SOT game on your computer & ensure to change the drive location to check for the issue again. Though uninstalling isn’t a good idea, if nothing works for you then it’s recommended to try for once.