Cupertino giant Apple has finally announced the official iOS 16 stable release from September 12, 2022, worldwide to its eligible iPhone models after offering the Beta Program for a few months. There are some users still having the iOS 16 Beta build which may cause some issues with the app working or user experience. Meanwhile, some unfortunate users also report the iOS 16 Video Call Not Working issue after installing the stable update recently.

As per multiple reports on the Apple Developer Forums, many iOS 16 users encounter the same video call-related issue on FaceTime & some other third-party applications. It looks like this specific issue starts appearing in the iOS 16 stable edition after installing the latest update. However, it can happen on any build respectively. In terms of the reports, the camera viewfinder interface gets full black and nothing seems visible in the camera, quite weird. Isn’t it?

How to increase Cellular Data/ Mobile Data Speed on iPhone

Fix: After iOS 16 Update, Assistive Touch Not Working on iPhone

Apple HomeKit Invite Not Working in iOS 16.2: How To Fix? 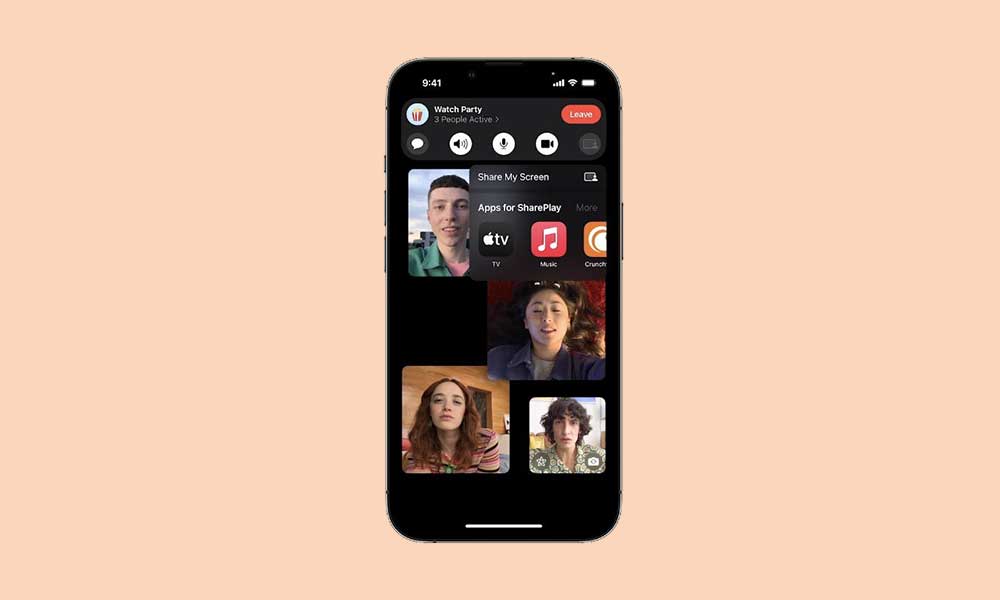 It seems that even after rebooting the iPhone multiple times, restoring the iOS system to the factory default, etc didn’t come in handy anyways. The camera interface or the video calling feature doesn’t work on any of the mentioned applications, such as in the Camera app, iMessage, FaceTime, Halide, Instagram, WhatsApp, Zoom, etc. But the camera controls and options are visible, which don’t come in handy because it doesn’t take photos or videos or see anything.

Well, it’s worth mentioning that Apple has fixed the iOS 16 video call bug in the Developer Beta 3 version. That means both the latest developer beta and public beta build users should no longer get the video call-related issue with iOS 16 if they’ve installed the latest update. Unfortunately, some of the unfortunate iOS 16 stable build users are also encountering the same issue that’s not expected at all. However, Apple hasn’t acknowledged it yet.

It’s also quite possible that somehow your iOS 16 stable build is also troubling with the camera app working or video call regarding issues with several applications. Sometimes, a normal reboot of the iPhone should fix the issue. Otherwise, we’ve mentioned a couple of workarounds for you that can help you to resolve the video call not working issue. So, without further ado, let’s jump into it.

iOS 16.2 Causing Battery Drain On Apple Watch: How To Fix?

5 Reasons Why Not to Install iPadOS 16.2 and Why Should Update the iPad

Apple allows iPhone users to perform a force restart of the device quite easily you can check below. The force reboot method mostly fixes temporary glitches with the system or any apps. To do so:

This specific method did come in handy for a lot of affected iOS 16 users. If it doesn’t help you then make sure to follow the next method.

It’s highly recommended to check for the available iOS 16 build updates because Apple releases a new update every couple of weeks. So, installing the latest update will definitely help you to use additional features and you’ll get bug fixes or improvements. To do that:

3. Check if FaceTime is Available in your Region

Well, it’s worth mentioning that Apple doesn’t provide FaceTime video calling features on its devices which are manufactured or imported for UAE & China regions. So, if you’re also using the UAE or China variant iPhone model then you may not get the video calling feature with FaceTime officially. This is what you’ll have to keep in mind and check the same info from Apple support.

You can also try logging out of your FaceTime profile and logging back into it to refresh any kind of potential glitch with the FaceTime app or camera connectivity. Sometimes this simple trick can also come in handy. To do so:

5. Turn On the Camera on FaceTime

Sometimes iPhone users may forget to unmute the camera or audio option directly on FaceTime or any other video calling app which can lead to issues like video calling not working or can’t see anything, etc. While making or receiving a FaceTime call or even a WhatsApp or Zoom call, make sure to tap on the Camera icon on the screen to activate it. [It only works if the camera icon is already muted with the red signal]

Make sure to check out your internet connection properly because poor or unstable network connectivity can trouble you a lot. Video calling obviously consumes more bandwidth and speed than a standard voice call. So, it’s worth recommending to use another internet network no matter whether you’re using a Wi-Fi network or mobile data.

7. Ensure to Turn On Wi-Fi or Mobile Data

Another thing you should always cross-check is if you’ve turned on the Wi-Fi or mobile data whatever you use or not. Because some new iPhone users or parents may not enable the internet connection during video calling which will obviously lead to issues whatsoever with FaceTime or other third-party apps. Just swipe down the screen from the top-right side of your iPhone to open Control Panel and then turn on mobile data or Wi-Fi accordingly.

You should also make sure to set the correct date and time because an incorrect timing and date as per the region or timezone may conflict with the video calling connectivity issue. To do so:

It’s also worth mentioning to always allow the camera permission to the respective application whatever you use for video calling. For example, if you’re using WhatsApp for making or receiving video calls on your iOS 16 and you’re unable to do that, make sure to follow the steps below to allow camera access for WhatsApp to fix such an issue.

You can also try updating the problematic third-party app on your iPhone if you haven’t updated it for a while. Follow the steps below to do so because an outdated app version can cause such issues in some cases.

Sometimes the VPN connectivity can also create conflicts with the video calling feature no matter whether you’re using FaceTime or any other third-party app. Make sure not to use a VPN profile/app while making or receiving video calls. You can simply turn off VPN and check for the video calling issue.

If in case, you’re using the Screen Time restriction on your iPhone to limit the usage of apps on a daily basis then make sure to turn off the screen time restriction for FaceTime or any other video calling app that’s giving you the problem. To do this:

In some cases, issues with the network settings on your iPhone may also cause conflicts that should be fixed properly. This method will delete the configured Wi-Fi, Bluetooth, and mobile data settings by default. So, make sure to remember the Wi-Fi password to connect again after the reset process. Now, follow the steps below to perform the network settings reset:

Sometimes you may need to restore your iPhone to recover the system from the iCloud Backup or iTunes Backup. However, do keep in mind that this method will completely reset the iPhone system, and you might lose some data if not properly backed up. So, make sure to take a full backup before performing this method.

Note: This method will only apply if you’ve previously backed up your data on iTunes or iCloud. If there is no previous backup made then you can skip this method.