Journey’s End is the rave of the moment on Terraria, and players are busy unraveling the truckload of new things added to the game in the final major feature update, Terraria Update 1.4. One thing that came with this update that players would love is the Dupe Glitch that allows you to duplicate items requiring just one chest in a matter of seconds, but there’s one new addition I’m sure would take precedence over this in the list of players’ favorite things from Terraria 1.4: the Zenith sword. This article contains the guide you need on how to get the Zenith sword in Terraria. 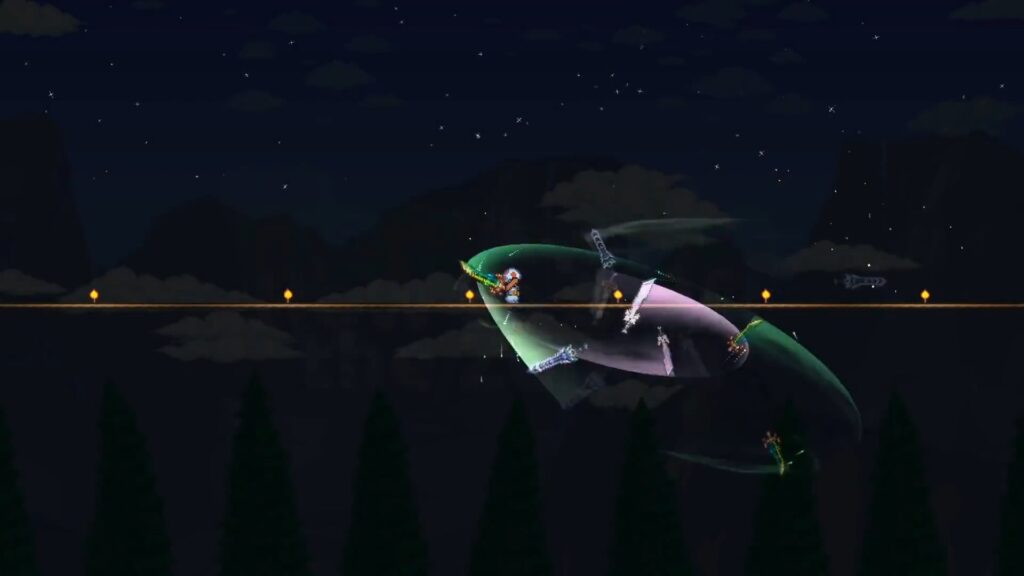 Referred to as the ultimate sword in the update’s changelog, the Zenith sword is the perfect weapon to mark the game’s 9th anniversary. It has the most complex and largest crafting tree of any sword in Terraria’s history, owing to its requirement of a whopping 17 base items and 10 crafting operations. This upends the Cell Phone, which previously held the record for the most base items (13) and the Terra Blade, which was previously the sword that required the highest number of raw ingredients in Terraria. In fact, the Terra Blade is one of the Zenith sword’s ingredients.

What do I need to craft the Zenith sword?

As mentioned earlier, you need eight different swords, which in turn have individual requirements. Here is a list of the swords needed to craft the Zenith sword:

Here are the individual nuances involved. The Star Wrath and Meowmere can be gotten only by winning a fight with the Moon Lord, so since the Moon Lord drops only one item per defeat, you have to defeat him at least twice to obtain both weapons.

The Terra Blade requires True Night’s Edge and True Excalibur. Both of these require a Broken Hero Sword each, so you have to defeat the Mothron at least twice to complete the Terra Blade.

The Influx Waver is dropped by the Martian Saucer upon defeat, while The Horseman’s Blade can be obtained by conquering the Pumpking boss in the Pumpkin Moon event. Plantera drops the Seedler in the Underground Jungle, and Starfury can be found in Skyware chests on the Floating Islands. You’ll find the Enchanted Sword in generated Enchanted Sword Shrines, and the Copper Shortsword cannot be substituted with a Tin equivalent; it has to be crafted from Copper Bars – another peculiarity of the Zenith sword.

How to craft the Zenith sword

Once you get the required items, haul them over to the Mythril Anvil or Orichalcum Anvil; the Zenith sword can be crafted at either of these two locations. Then it’s just a matter of starting the crafting process and waiting for your shiny new weapon to be ready for use.

The Zenith sword is capable of reaching a single target DPS of over 18,000 when you use the proper accessories with it. It’s a very powerful tool that makes difficult sections of the game like Master mode look easy-peasy, so it’s worth the stress and time it might take to gather the items needed to craft it.